Working Together to Increase Production, Productivity and Agricultural Profitability in Madagascar
Technical assistance under South-South Cooperation with China, in support of the implementation of agriculture livestock and fisheries sector programme and the FAO Country Programming Framework in Madagascar

Agriculture, which accounts for 26.4 percent of gross domestic product (GDP) and employs more than 75 percent of the working force, is one of the main drivers of the Malagasy economy. However, it is clear that despite the island's potential for agricultural land availability and young labour, production is still insufficient to meet the needs of the ever-growing population. Indeed, low productivity, lack of infrastructure, poor access to the market, lack of access to capital, seeds and inputs as well as technical services and training still persist.

Increasing production and productivity in agriculture, building technical capacity for farmers and other involved actors and stakeholders, and promoting investment and trade in agriculture between Madagascar and other countries are essential to tackle the above-mentioned issues in order to achieve one or more of the Sustainable Development Goals (SDGs), namely, SDGs 1 (No poverty) and 2 (Zero hunger).

A tripartite agreement between the People's Republic of China, the Republic of Madagascar and the Food and Agriculture Organization of the United Nations (FAO) was signed in November 2018 to implement the China-FAO-Madagascar South-South Cooperation (SSC) project for a period of two years, from 2019 to 2021. The SSC project aims to increase production, productivity and agricultural profitability by supporting the implementation of the Agriculture, Livestock and Fisheries Sector Program (PSAEP) by the Ministry of Agriculture, Livestock and Fisheries (MAEP) and FAO’s Country Programming Framework (CPF). The initiative will: (i) contribute to the national food security and household incomes; (ii) contribute to the achievement of Madagascar self-sufficiency while reducing the outflow of currency in importing rice; and (iii) promote investment, agribusiness and trade in agriculture. These impacts will contribute to the achievement of SDG 1 (No poverty), SDG 2 (Zero hunger) and SDG 17 (Partnership for the goals).

China has developed strong expertise and technologies in some areas that could be adapted to the situation in Madagascar in terms of agriculture. Three priority areas have been selected for Madagascar: hybrid rice production, livestock (sheep and goat) and agribusiness. During the two years of the project, 17 Chinese cooperants are engaged in the main producing regions of Madagascar. They will later transfer knowledge and technologies to farmers and their organizations who will be directly involved in the training and demonstration activities, as well as to civil servants, local technicians and research institutions.

The MAEP coordinates and implementsin close collaboration with the Chinese experts and technicians and under the overall support of FAO. As such, the Chinese experts and technicians closely work with their national counterparts, who are officially appointed by the Government. These counterparts provide an enabling environment to the cooperants in order to optimize the knowledge and technology transfer. FAO ensures smooth implementation of activities through the provision of necessary inputs, technical guidance and monitoring. In order to ensure harmonized implementation, main tools such as the annual work plan, the procurement plan and the training plan were jointly developed by cooperants, counterparts and FAO. These tools were debated and endorsed by various sets of actors and stakeholders, including in the private sector, as well as government officials during the inception workshop held at the beginning of the project. This participatory approach ensures that the project is perfectly in line with government demands and the local environment.

It is expected that at least 1,000 farmers will be trained and will adopt the transferred Chinese technologies. They will also have their socio-organizational and entrepreneurial capacities strengthened. At least 100 technical staff and high-level officials within MAEP will benefit from local training in hybrid rice, livestock, agribusiness, policy and governance in agriculture. To date, it has already been proven through demonstrations that significant yield improvement has been achieved in rice cultivation, from 2.8 tonnes per ha with local varieties to at least 8 to 10 tons per ha with the use of hybrid rice. For livestock, interventions on animal disease control, improved nutrition and breed selection will significantly improve productivity for sheep and cattle farming. To date, a demonstration on forage crops resulted in a tenfold yield increase with the use of Chinese new techniques and technologies. By the end of the project, it is also expected that at least two new business models, and trade and investment linkages will be established between China and Madagascar.

Madagascar aims to be the Indian Ocean granary in the next few years, which implies producing more than what its population consume. Indeed, the technology transfer in terms of hybrid rice allows to increase the local rice yield by four or even five times. If most of the farmers adopt the techniques, self-sufficiency in rice could easily be achieved. The training packages provided on small ruminant production enhance the comparative advantage of Madagascar in the highly flourishing national and international market. Moreover, the major innovations brought by this initiative is that it does not limit its interventions to basic production, but it also trains people throughout the value chain, from downstream to upstream. This is perfectly in line with the country’s ambition to be an exporter.

The mission of this SSC initiative is to upscale the transferred knowledge and technologies even after the end of the project. For this reason, the training of trainers plays a major role in the project. The counterparts who closely work with the cooperants will become fully expert in the field in the future. They will be responsible for disseminating the knowledge once the Chinese experts leave the country. At this stage, the project is still limited to three main regions out of 22. Upon the achievement of the expected outcome, it is expected that it will be replicated in other regions of Madagascar and other countries. Other regions of the country have full potential for rice cultivation and small ruminant breeding. Furthermore, in addition to the strong trade relationship that will be created with China, Madagascar can use its comparative advantage in regional markets such as the Common Market for Eastern and Southern Africa (COMESA) and the Southern African Development Community (SADC). 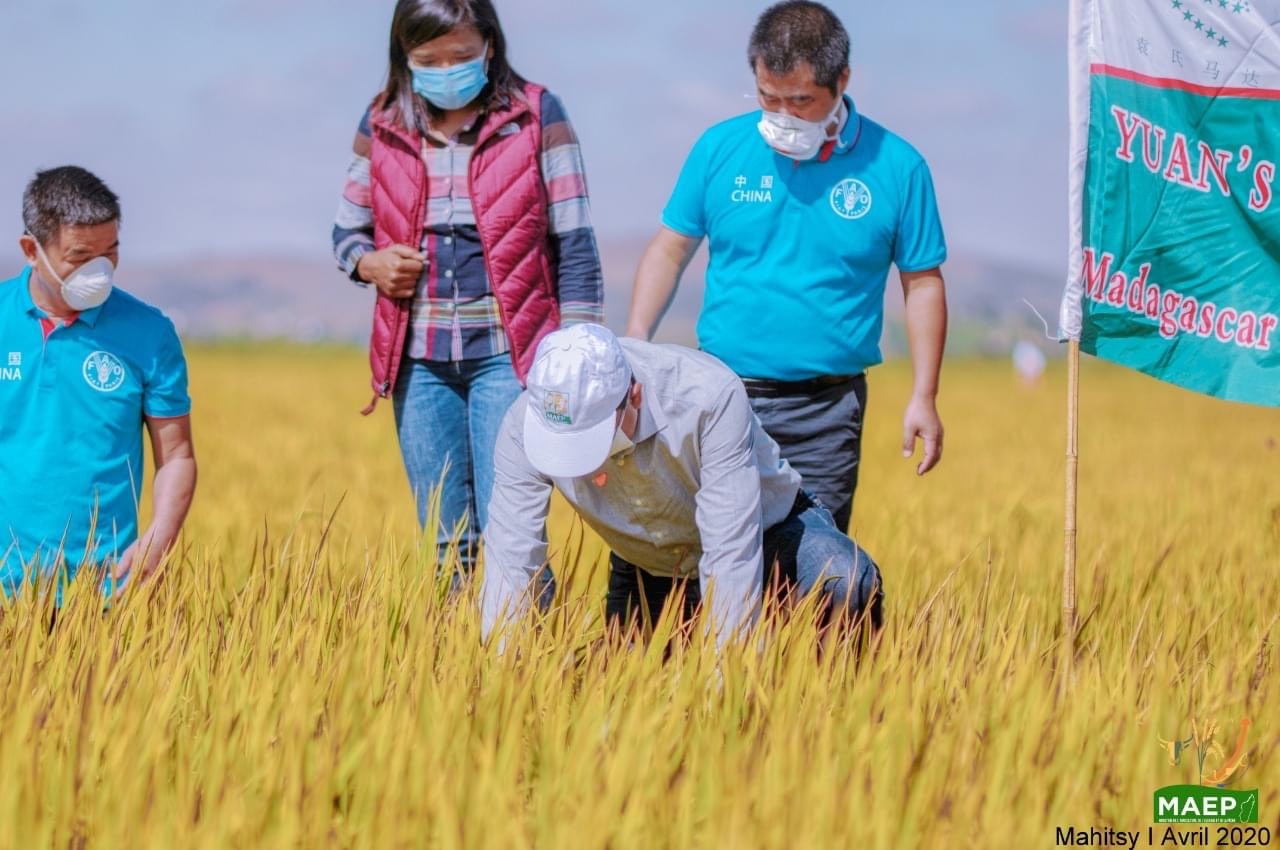 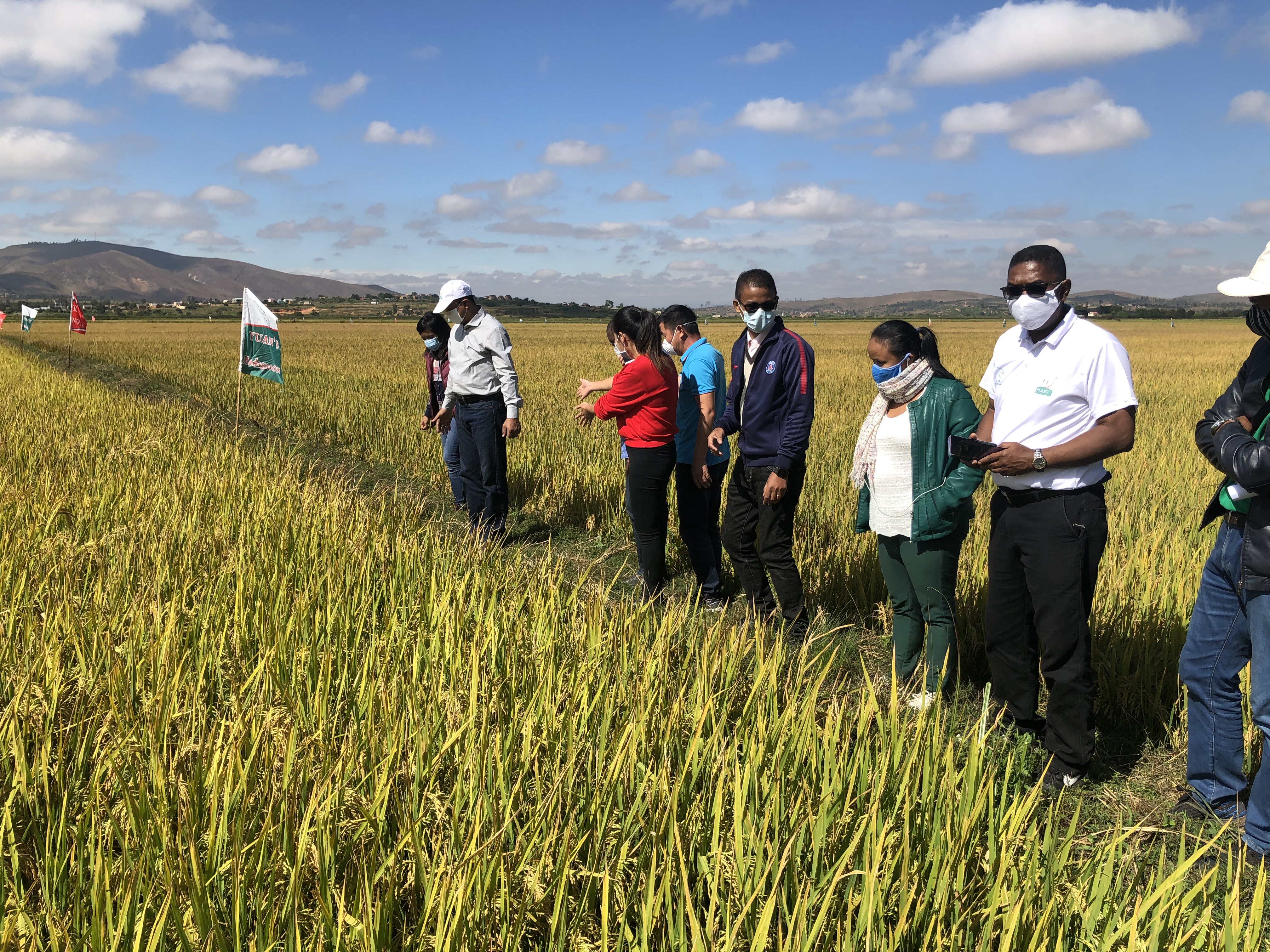 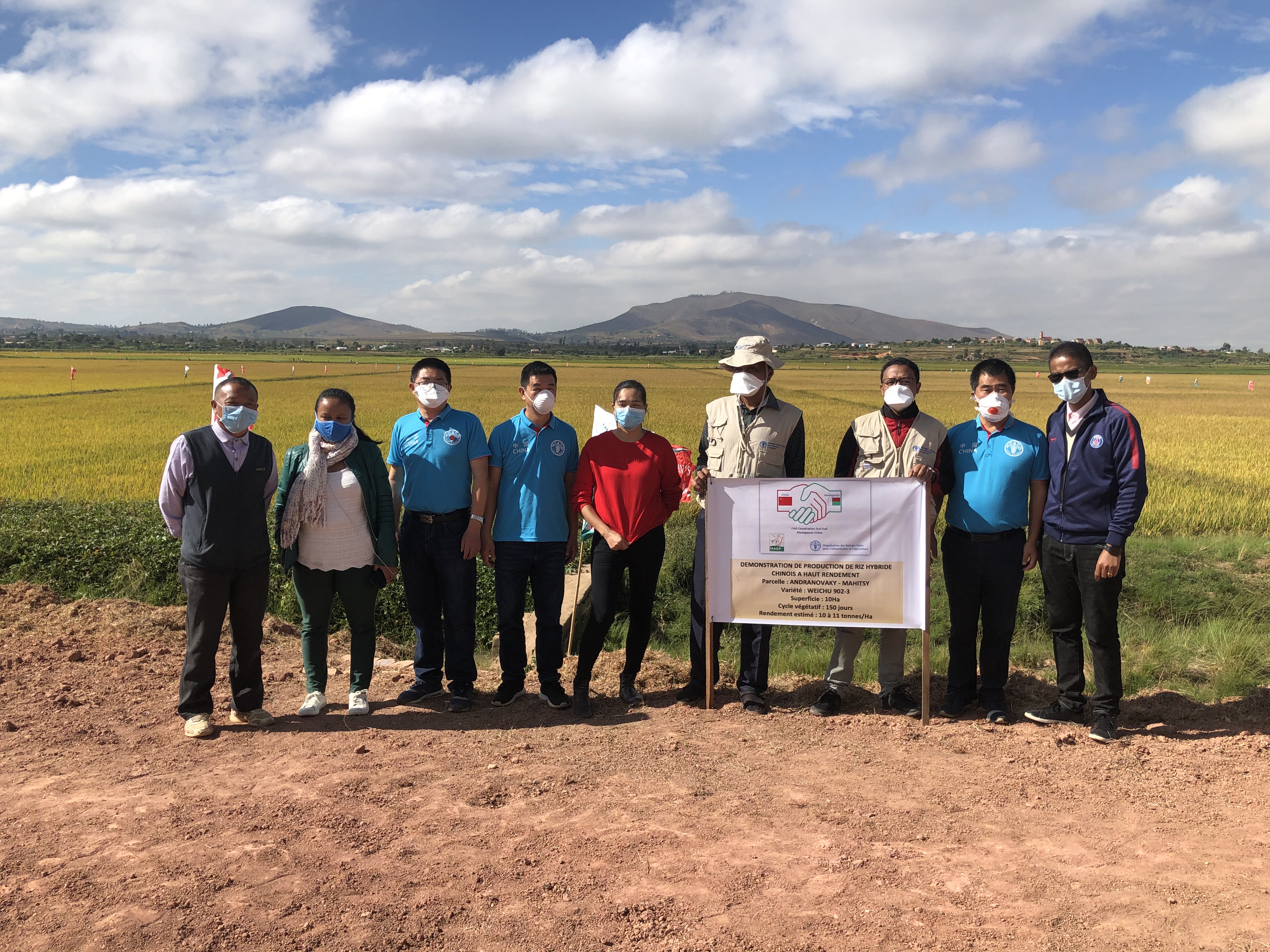 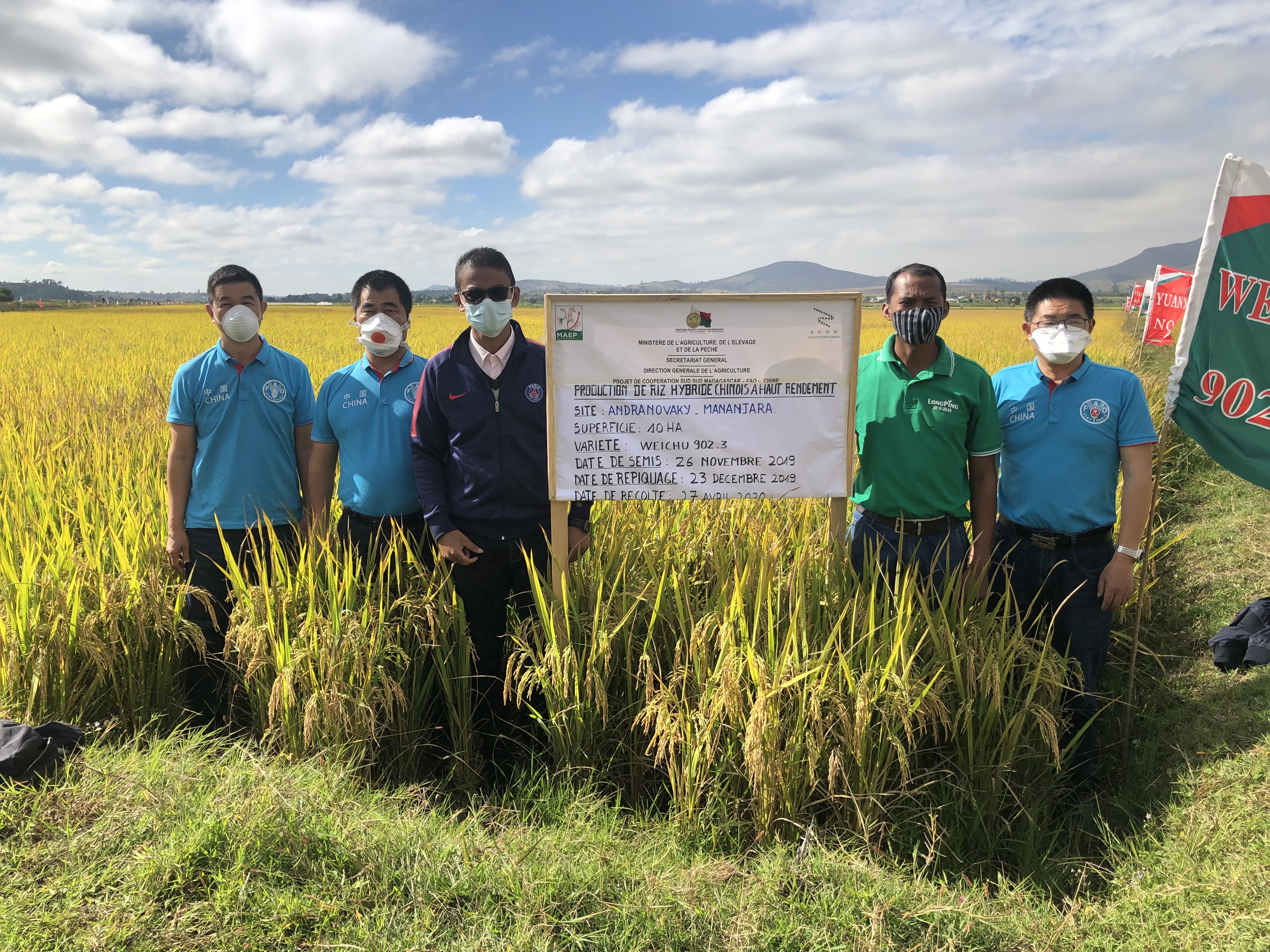 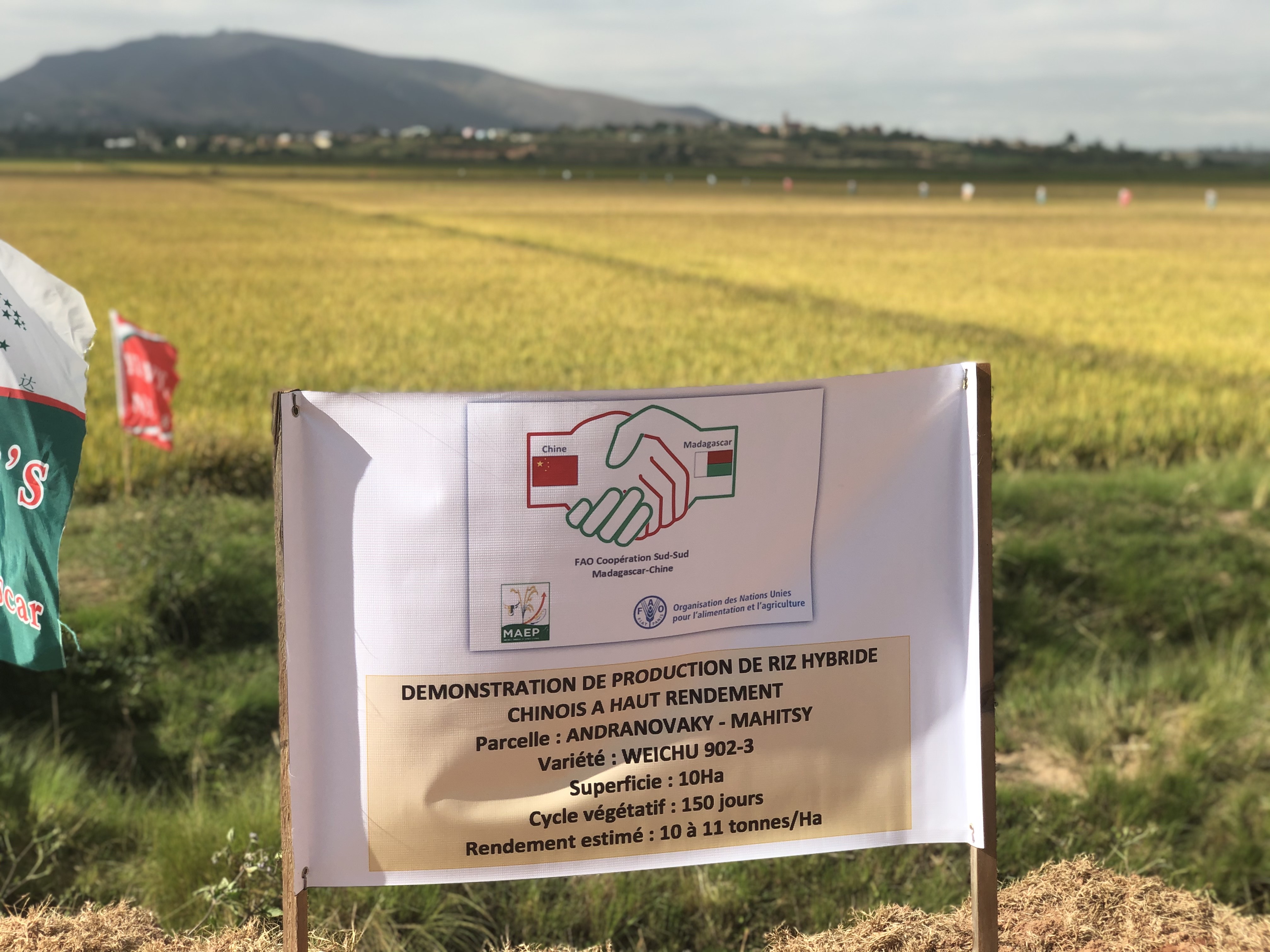 Ministry of Agriculture, Livestock and Fisheries of Madagascar, Food and Agriculture Organization of the United Nations (FAO)