The flooding of the floodplains of India and coastal Bangladesh are an almost yearly occurrence: 35 percent of the land is submerged with 25 percent of the cultivable land remaining inundated in flood waters for about seven to eight months. The flooding threatens the livelihoods and food security of communities; farmers and their families struggle with poverty, impoverishment and social disparity; agrarian communities are forced to migrate; young farmers are unemployed; and there is a limited number of agricultural business opportunities.

In 2019, floods in Assam, India are reported to have caused thousands of deaths, owing to numerous landslides, devastations and road blockages affecting up to 5.8 million people in 21 districts, of whom 78 percent are marginal communities in rural settings. In the same year, floods affected 2,100 villages and destroyed standing crops across an area of up to 212,123 ha. As an aftermath, livelihoods of almost one million people were at stake, and more than 1,700 villages faced an acute food crisis.

Since 2017, 87 percent of land holdings in Satkhira district of Bangladesh were abandoned due to salinity ingress, and 94 percent of male farmers of 20–45 years migrated as labourers in the Middle East. Impacts are multiplied in the scarcity of adaptive farming alternatives, disaster-resilient technology and real-time contingency planning. According to official estimates in 2018, nearly 220,000 hectares of farmlands in low-lying coastal areas have been rendered unproductive due to salinity ingression.

The South Asian Forum for Environment (SAFE)1 implemented the project, ‘Water Farming for Climate Resilient Agriculture and Disaster Preparedness in India and Bangladesh’, with the support of the Deutsche Gesellschaft für Internationale Zusammenarbeit (GIZ), in order to address food security and climate preparedness for flood-stricken communities in India and Bangladesh. The direct beneficiaries are indigenous and often marginalized farmers and fishers, 90 percent of whom live below the poverty line and are excluded from mainstream economic activities. The project trains vulnerable people in establishing float farms and aquaculture as a flood-resilient practice and business opportunity. Float farms also provide alternative livelihoods for migrants displaced from floods or the COVID-19 pandemic and increase food security during lockdowns.

SAFE used targeting methods to identify the direct beneficiaries who are the most vulnerable to floods such as a sociometric survey for needs assessment and livelihood vulnerability, as well as resource mapping and disaster zoning using geospatial tools and techniques. Beneficiaries were trained by agricultural and fisheries experts in India and Bangladesh to build their capacities in hydroponic float farming and aquafarming. The training materials were developed through a South-South exchange of traditional float farming methods and informed by a participatory planning phase that involved all beneficiaries. Subsequently, the float farms were built with the active participation of the trained float farmers and inaugurated by communities. Farmers were encouraged to create new agricultural business opportunities and were provided with support in collective crop cycle planning, aquafarming with livestock and hatchery management as well as information on credit linkages, financing mechanisms and insurance coverage. Master trainers were identified and trained to mainstream float-farming techniques in the communities and support the maintenance and expansion of aquafarms.

The project achieved the following outcomes over 15 months:

Most importantly, flood farming allowed beneficiaries to secure their livelihoods: each float farm produced around 130–170 kg of vegetables and 150–200 kg fish for a total value of EUR 500 every three months. At the household level, float farming secured food and raised farmers’ earnings by 65–70 percent.

The sustainability of the project is based on a business plan that ensures collective financing, access to markets, and training of local ‘master trainers’ who support the maintenance and expansion of float farming and aquaculture enterprises. Additionally, float farms are equipped with solar micro-irrigation systems to ensure environmental sustainability.

This intervention has tremendous potential for scale-up on the Asian coast as well as in Small Island Developing States (SIDS) and floodplains in which inundation has been a serious concern. Locations with water abundance (such as inundated or water-logged areas) or a water crisis, communities unaware of water resources management, and agrarian marginal communities can adopt the technology for sustainable growth after they have been sensitized for the issue. Since this is a closed-system farming practice, it is also ideal for carbon-neutral organic farming, an adaptive method that advances the goals of the Agenda 2030. Local administrations throughout the course of the project have extended their support, and the Japan Social Development Fund stated its interest in extending it to other parts of South Asia. The successful methodology has already been transferred from India to Bangladesh with the support of GIZ and can be replicated in other countries – including as COVID-19 emergency measure to provide food security in flood-stricken communities affected by lockdowns. 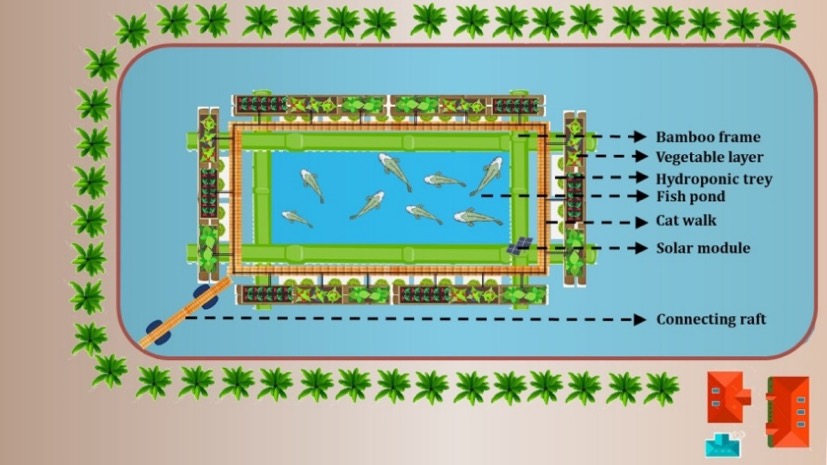 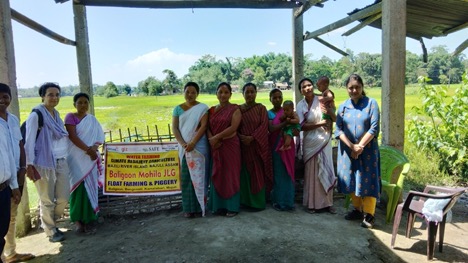 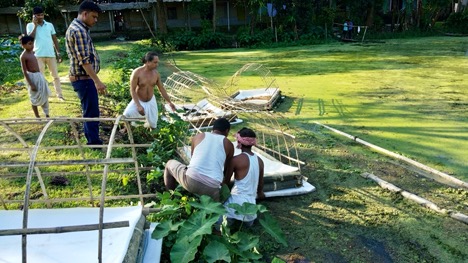 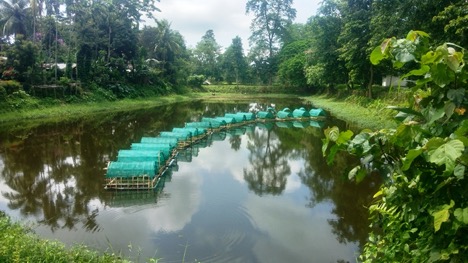