The 2010 Afghan Mortality Survey placed Afghanistan’s Maternal Mortality Ratio (MMR) at 638 for every 100,000 live births. Only 58 % of deliveries were reported to be attended by skilled birth attendants in 2016, and a significant number of deaths among women of reproductive age stemmed from pregnancy-related causes.  It was also estimated that Afghanistan had approximately 5,000 midwives to serve a population of 30 million, way below the recommended one midwife per 175 women.

On the other hand, Iran continues to host the largest population of Afghan refugees in the world (approximately 3 million), with more than two-thirds of them not registered and exposed to health risks. When this initiative started in 2016, up to 48% of pregnant women were delivering at home in some refugee settlements, without skilled birth attendance. While the Iranian government is actively encouraging repatriation of Afghan refugees, the health needs of this community continue to require attention, especially among pregnant women, whose deliveries know no bounds nor borders.

This collaboration on midwifery education, developed between the United Nations Population Fund (UNFPA) Iran and Afghanistan country offices is supported by the Government of Italy. The project started in 2016 and was jointly implemented by the Iran University of Medical Sciences and Kabul Medical University. The formal collaboration was completed in 2019, but exchanges continue between the two countries.

The collaboration was in response to the request from the Ministry of Higher Education of Afghanistan for the training of Afghan midwives to help the country address maternal health, including   Afghan refugees residing in Iran.  This meant a strong recognition of Iran’s achievements in maternal health, with its hundred-year track record in midwifery education.  Between 1990 and 2016, Iran’s maternal mortality ratio decreased from 120 to 19.7 per 100,000 live births, mainly the result of systemic improvements in the Iranian primary health care structure.

The Government of Italy funded this initiative which was implemented by the Iran University of Medical Sciences, one of the top medical universities under the Ministry of Health and Medical Education.  The initiative had three components 1. Iran-Afghan academic collaboration on midwifery, 2. Training of Afghan refugees as midwives and 3. Developing an Afghan-friendly maternity ward in a selected hospital. This south-south collaboration highlights a good practice accomplished under the first component, academic collaboration.

In 2013, building on a previous successful collaboration on midwifery education, UNFPA supported an Iranian midwifery expert to conduct a review of the new Afghan Bachelor in Sciences midwifery degree. The outcome of this technical assistance was a set of recommendations, with support from Iranian experts, for a faculty development plan, lesson guides and assessment tools. The plan also included a series of workshops to train Kabul Medical University staff, culminating in the implementation of the Afghan faculty programme.  The efforts strengthened the programme earlier developed by the Afghan Midwives Association (AMA) which elevated it to standards on the Essential Competencies for Midwives set out by the International Confederation of Midwives (ICM).

The Iran-Afghan academic collaboration in midwifery was renewed a couple of years later, with a request from Ministry of Higher Education of Afghanistan for Iranian expertise in the development of the Afghan midwifery curriculum, and in further strengthening the capacity of the faculty of the Nursing and Midwifery Department of Kabul Medical University.  The faculty development plan was approved by Kabul Medical University and is currently being used in the Midwifery department.

As part of enhancing the capacity of the nursing and midwifery department of Kabul Medical, five Afghan midwives from Afghanistan also enrolled in a 2-year Masters training programme with Iran University of Medical Sciences. After their training as community level midwives, they returned to Afghanistan to further contribute to skills development of midwives in their home country.

A project steering committee guided the implementation of this collaboration composed of the following partners: UNFPA Iran, Ministry of Health and Medical Education, Embassies of Italy and Afghanistan, Bureau for Aliens and Foreign Immigrants Affairs, Iranian Scientific Association of Midwifery, United Nations High Commissioner for Refugees and Iran University of Medical Science. 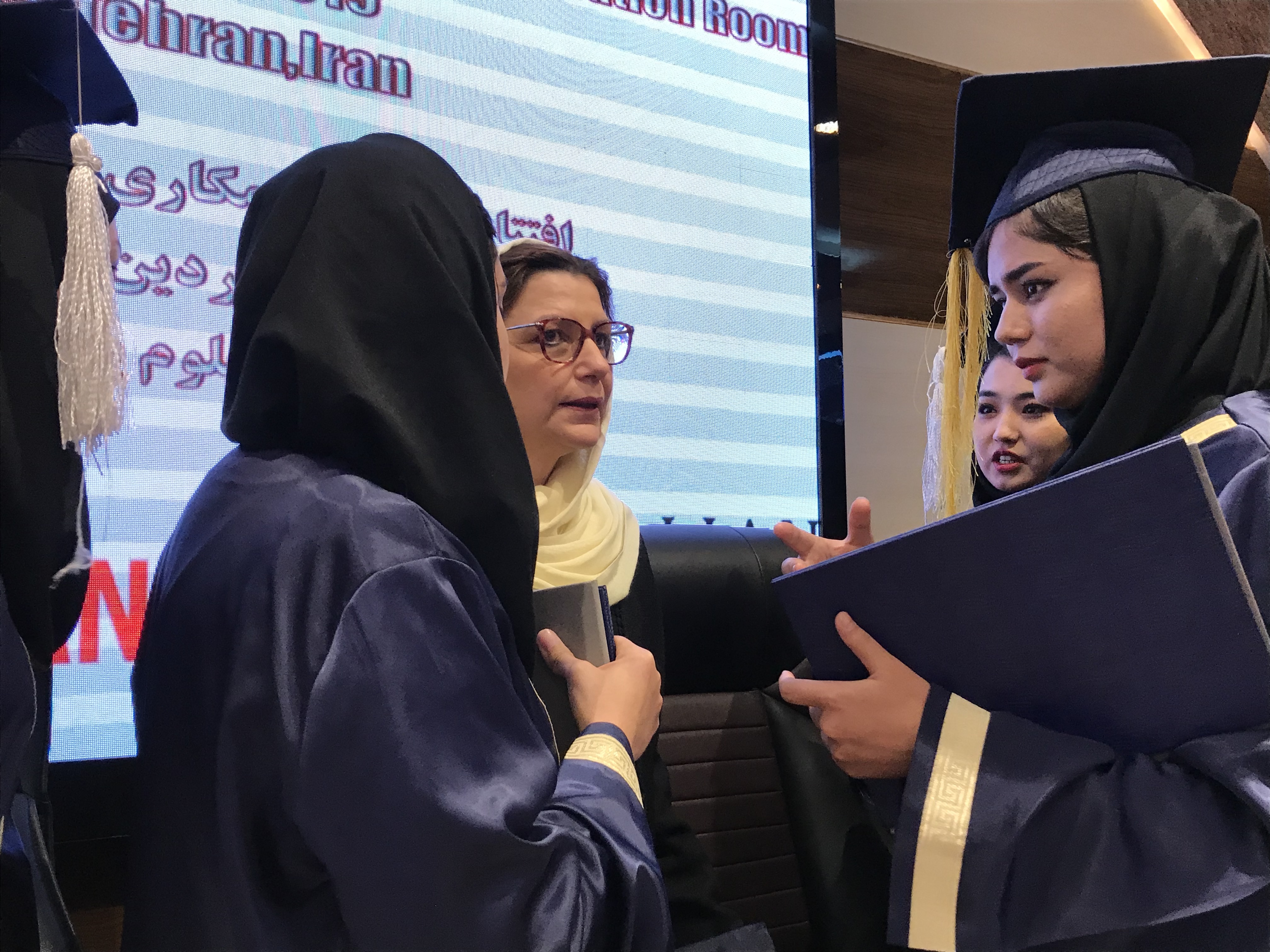 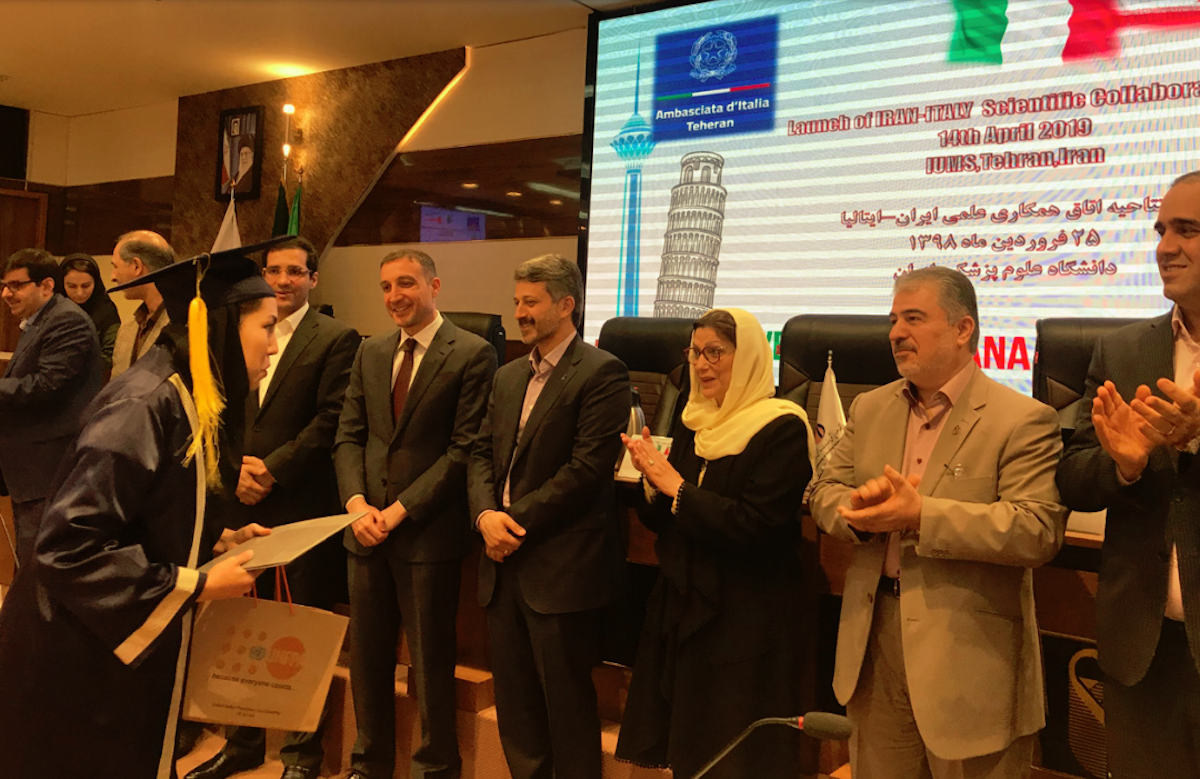