Although the local poverty rate has continued to fall in Sri Lanka, the Sri Lankan Government sees the need to continue development activities geared towards the village level where the majority of the Sri Lankan people live and among whom the poverty level is high. These activities should also be more market-oriented with effective enterprise programmes. Failure to do so might entail falling back into poverty.

To this end, the Sri Lankan Government sought collaboration with countries in the region to learn from their best practices. Thailand’s experiences from developing the Sufficiency Economy Villages whose core activities relied on community empowerment can be applied to the Sri Lankan context as part of its efforts to achieve resilient livelihoods at the local, community level.

The ‘Sustainable Community Development Model Based on the Application of the Philosophy of Sufficiency Economy Project in Sri Lanka’ addresses the above challenge after the Sri Lankan high-level delegates’ study visit at various project sites demonstrating the Sufficiency Economy Philosophy’s (SEP) application in Thailand in early 2016. It is the cultural affinity inculcated by the Buddhist philosophy – a guiding basis of the SEP – that bonds these two countries together.

The overall goal was to improve the quality of life in three communities in Sri Lanka, namely, Delthota Pahalagama Village in Kandy District, Laksha Uyana Village in Polonnaruwa District, and Wathupola Village in Puttalam District, through the development of value-added local products, thus also addressing the Sustainable Development Goals (SDGs) 1 and 8. Activities were designed to strengthen community leaders, upgrade local products, and develop markets and a network of participating agencies. In order to keep the communities’ learning alive and the project sustainable and also to replicate Thailand’s experience, the Community Learning Centres (CLCs) were established. They serve as disseminating centres to share, preserve and build on local knowledge, experiences and wisdom for future generations.

The SEP is based the concept of moderation, reasonableness and resilience based on the conditions of knowledge and integrity as underlying factors when making a reasonable and resilient decision. With this in mind, the Project started with an activity to prepare a group of leaders with an understanding of the SEP and its relevant knowledge and skills that could be applied in Sri Lanka. In 2017, this group of 23 Sri Lankan officials and selected community leaders from the target communities participated in the ‘SEP S-M-A-R-T Mobilizing Team’ workshop in Thailand. It was expected that these ‘SEP S-M-A-R-T’ leaders would be able to act as ‘multipliers’ who would lead activities under the Project’s work plan in their respective communities. The workshop resulted in individual community development plans that were designed and concluded by the participants themselves. In a similar manner, the plans were to share the acquired knowledge on applying SEP in developing sustainable community and income-generating skills that were deemed new to, but applicable in the Sri Lankan context with their peers in the villages. The participants also had a plan to set up their own CLCs in the future.

Thailand International Cooperation Agency (TICA) acknowledges the many challenges that the application of the SEP in development projects in different contexts could bring. And because of this, the Project has, since the very beginning, strongly relied on a participatory and demand-driven approach, with an aim to create a sense of ownership perceived by beneficiaries to ensure its long-term benefits and sustainability.

According to progress reports and a monitoring visit in the following year, in 2018, it was noted that the Department of Samurdhi Development (DSD) in Sri Lanka had taken the lead in guiding and providing the required additional technical and financial support for the communities to build on the ideas that the participants gained during their exposure in Thailand. It was also noted that DSD had made efforts to establish production groups. To accommodate these initiatives, another workshop on community development based on the SEP and skills development in fruit and food processing and sewing was organized in Sri Lanka in 2019, where villagers from the three communities participated. During the latest monitoring visit in early 2020, it was noted that various production groups had been established, contributing to additional household income and thus an increase in social status as addressed by the Project’s beneficiaries. These groups were engaged in: organic farming, cultivation and ornamental fish farming in Polonnaruwa; production of Sri Lankan desserts, organic farming and home gardening, husbandry, garments and miscellaneous items in Kandy; and orchid farming, banana cultivation and banana byproducts in Puttalum. The acquired skills in the value-added production of food and fruits and sewing in particular have equipped them with proper know-how. For some female members, the project has enabled them to earn extra income for the family; before they were engaged in the project, their husbands had been the sole income earners. Although not envisaged initially, the project has brought an evident women’s empowerment impact on Sri Lankan rural societies. One of the key success factors of these achievements is reflected in the significant facilitator role of DSD staff in each locality in connecting people. Another lesson learned is that complementarity with national policy and action plans has greatly contributed to actions on the ground.

Observing the project’s potential and in order to respond to Sri Lanka’s recent request for additional training on and support for the establishment of the CLC in Polonnaruwa District, Thailand agreed to extend the Project’s duration for another one and a half years. The aim is to maximize the communities’ potential and build on the achievements to date. The focus will be on strengthening the capacities of SEP S-M-A-R-T leaders in knowledge management of the CLC. Applying the SEP will also be enhanced in business planning and marketing to help reduce associated risks when making the respective decisions. 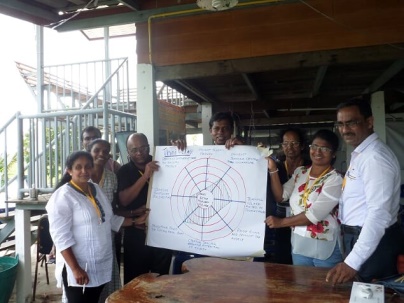 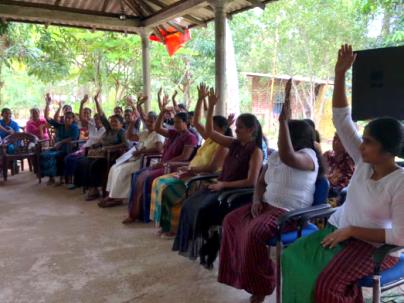 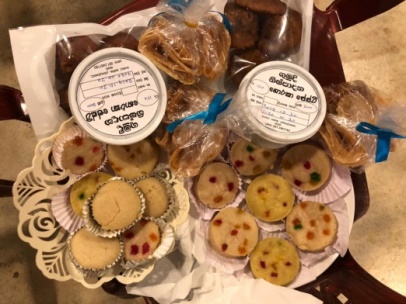 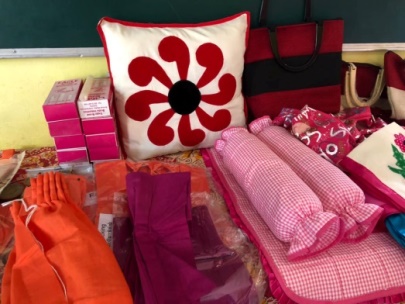