There are more than 40 million people who completely, and over 300 million people who partially, lost their eyesight worldwide. In Africa, due to the cost and shortage of ophthalmologists, not everyone can afford treatment and recover their sight. Cataracts is a widely spread disease in the sub-Saharan region. Millions of people suffer from it, yet they cannot afford treatment due to their economic condition. In addition, lack of educational and healthcare resources worsen the situation. In some countries, there is only one ophthalmologist for one million people.


Azerbaijan is an active participant of South–South cooperation and widely shares its experience and know-how with interested parties. Since 2012, the Azerbaijan International Development Agency (AIDA) and the Islamic Development Bank (IsDB) have been strategic partners in the Alliance to Fight Avoidable Blindness campaign. This campaign is one of the long-lasting and successful programmes that AIDA is proud to be part of. Taking into consideration that cataracts are one of the most widely spread eye diseases in African countries, especially in the sub-Sahara region, as well as the lack of local ophthalmologist surgeons in this area, the campaign addresses a very important challenge for these communities. Every year, from 2012 to 2016 (the first phase), the ‘Alliance to Fight Avoidable Blindness’ campaign has been successfully carried out in several African countries, including Burkina Faso, Chad, Comoros, Côte d’Ivoire, Djibouti, Guinea-Bissau, Mozambique, Mali, Mauritania, Niger, Somalia and Togo.

On the initiative of AIDA, Azerbaijani ophthalmologists from the National Eye Center, named after academician Zarifa Aliyeva, have participated in the campaign by sharing their knowledge and experience with their colleagues from aid receiving countries. This centre has been operating for more than 70 years and providing the Azerbaijani population with high-level medical services. The ophthalmologists of this and other leading ophthalmological centres of Azerbaijan are ready to contribute to future campaigns and to assist the Islamic Development Bank (IsDB) member countries in increasing the capacity of their medical specialists.

In continuation of Azerbaijan’s committed support to the Alliance to Fight Avoidable Blindness campaign, the main partners of this noble mission – Azerbaijan International Development Agency (AIDA) of the Ministry of Foreign Affairs, IsDB, Egyptian Agency of Partnership for Development (EAPD), Humanitarian Relief Foundation (Turkey), as well as the prominent non-governmental organizations (NGOs) specialized in ophthalmology, Nadi Al-Basar (Tunisia), Prevention of Blindness Union (Saudi Arabia) – and the national coordinators of campaign countries met in Baku between 31 May and 1 June 2016. The main purpose of the meeting was to review the outcomes of the campaign held during the 2012–2016 period, discuss the forthcoming objectives and prospects for enlarging cooperation, as well as elaborate on the recommendations made during the initial meeting held on 6–7 January 2016 in Rabat, Morocco, in preparation for the second phase of the campaign. Due to the positive impact of the campaign, the programme was deemed successful, and specific areas of its second generation were approved as the core activities to be held during the next five years. The participants visited the National Eye Centre, which also played an active role in the campaign.

During the first phase of the campaign, more than 300,000 persons had their eyes examined, and more than 56,000 patients who had partially or fully lost their eyesight regained their vision as a result of cataract surgeries carried out free of charge. The campaign brought light to the lives of these people by making it possible for them to see their families, and integrate into society by regaining the ability to earn their livelihoods.

In addition, 177 local doctors have benefited from professional training organized during the campaign. The capacity-building part of this campaign addressed the urgent needs and facilitated sustainability of the provision of necessary medical services by local specialists in the long term. It is a significant advantage of the campaign, because achieving sustainable results and finding enduring solutions for the current problems is much more important than short-term accomplishments.

During the second phase of the campaign (2018–2022), which is carried out in 12 African countries, 100,000 persons will be operated on; more than 1,000,000 school children will have eye examinations and be provided with eyeglasses; and 90 local doctors will participate in the capacity-building training in the African countries involved. In 2019, as part of the campaign, more than 20,000 persons had eye examinations; 8,000 patients were operated on; and 26 local doctors were provided with the professional training in Burkina Faso, Chad, Comoros, Guinea-Bissau, Mali, Niger and Togo.

At present, the project is implemented by IsDB while AIDA provides the financial contribution. Similar projects can be implemented through other international organizations, taking into account the specific needs of different countries. Thus, this model of cooperation can be used in various contexts.

Azerbaijan’s development assistance and humanitarian aid policy are strongly focused on South-South cooperation. In accordance with this general framework, AIDA is strongly interested in continuing its cooperation with the IsDB in the Alliance to Fight Avoidable Blindness campaign in the second phase of this campaign. As enshrined in AIDA’s motto, it is improving the world together with its partners; its collaboration with IsDB is also aimed at achieving this noble goal. 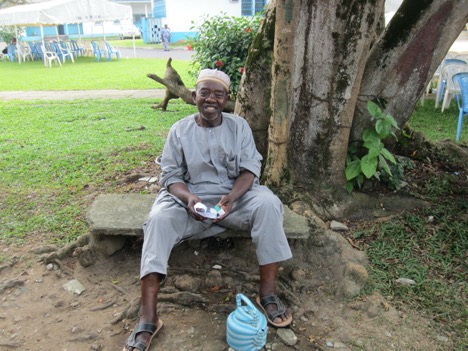 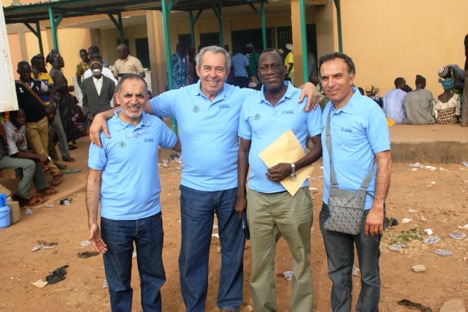 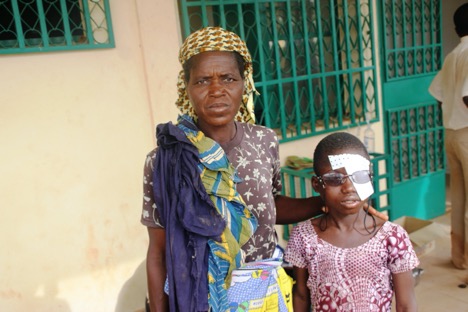 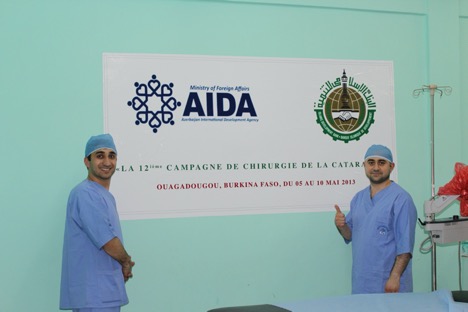