In order to address security challenges in the Sahel region, the inclusion of women has proven to be crucial. UN Security Council Resolution 1325 on Women, Peace and Security reaffirms the important role of women in the prevention and resolution of conflicts, peace negotiations, peace-building, peacekeeping, humanitarian response and in post-conflict reconstruction, and stresses the importance of their equal participation and full involvement in all efforts for the maintenance and promotion of peace and security. Resolution 1325 urges all actors to increase the participation of women and incorporate gender perspectives in all United Nations peace and security efforts. The resolution provides a number of important operational mandates, with implications for Member States and the entities of the United Nations system. Despite global efforts to implement the Women, Peace and Security Agenda, women’s participation in the security sector remains low.

Through the implementation of this UN Women-led project, it was possible to ascertain the level of application of relevant human rights and gender equality laws and frameworks in security responses in the G5 Sahel countries (Burkina Faso, Chad, Mali, Mauritania, Niger). The project produced country studies regarding above-mentioned gender equality and human rights compliance of security sector institutions within the G5 Sahel countries, which revealed a variety of perceptions from different actors, including government, civil society organizations, human rights and gender advocates involved in the prevention and the fight against violent extremism conducive to terrorism and terrorism. The studies also revealed the specific challenges faced in each country and context and made recommendations to the government, including security sector institutions, national bodies for counter-terrorism, as well as national human rights commissions, among others, to overcome these challenges. Feedback Workshops were organized in the 5 countries of the G5 Sahel and at the regional level, where 107 key actors convened from the different countries (51 women and 56 men) to review and validate the data collected for the studies from government, civil society organizations, human rights and gender actors involved in the prevention and fight against violent extremism and terrorism. 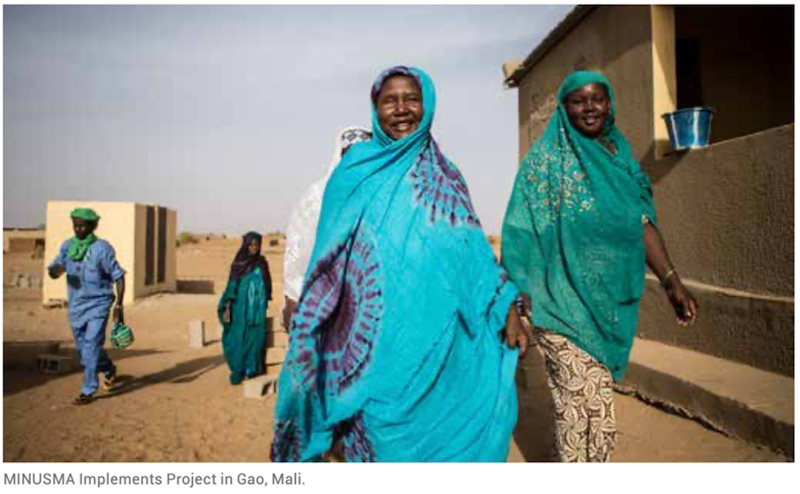