Sustainable Ecosystem Management and Livelihood Support to Improve the Resilience of Populations in the Lake Chad Basin Vulnerable to the Effects of Climate Change
Implementing legal, policy, institutional and investment reforms to improve water quality and quantity, biodiversity and livelihoods


The 47 million people living in the Lake Chad basin — in Cameroon, the Central African Republic, Chad, Niger and Nigeria — rely on the Lake for a variety of economically diverse services, including the cultivation of sorghum and hydrophilic millet varieties, seasonal hunting and fishing, and extensive livestock farming, among others. For example, fishing produces an average of 50,000 tonnes per year, contributing significantly to the gross domestic product of the riparian countries. The lands bordering the Lake serve as essential grazing areas for livestock; the flood plains are a destination for extensive transhumant grazing. Unfortunately, environmental impacts, climate change and unsustainable practices have caused the Lake to decrease in size from 25,000 km² to 2,500 km², endangering the lives of the people who live there. In addition to these threats, the area is undergoing a security crisis.


This project, entitled ‘Sustainable Ecosystem Management and Livelihood Support to Improve the Resilience of Populations in the Lake Chad Basin Vulnerable to the Effects of Climate Change’, is being implemented in Cameroon, the Central African Republic, Chad, Niger and Nigeria with the active participation of village communities, particularly women and youth. It aims to restore degraded ecosystems in order to improve agro-sylvo-pastoral and fishery productivity. It also seeks to support socio-economic initiatives that strengthen the resilience of vulnerable communities to the adverse effects of climate variability among populations living along the shores of Lake Chad. It will be based on three main pillars: capacity-building for local actors on integrating certain themes in the planning process at the local level, the restoration of degraded ecosystems and the development of income-generating activities by improving production systems.

In addition to the Lake Chad Basin Commission, of which the five countries are members, the project relies on partnerships with other initiatives, such as the Great Green Wall movement, of which three of the five countries are partners. Other partners include national Governments, particularly ministries that focus on the environment, fisheries, water, agriculture, women and youth. Bilateral and multilateral partners also play a role, as well as key international actors, notably the Food and Agriculture Organization of the United Nations (FAO) and the United Nations Educational, Scientific and Cultural Organization (UNESCO).

Given the sense of community in the Lake Chad basin, the additional States members of the Lake Chad Basin Commission have already committed to exchanging knowledge and lessons learned through other instruments, with a view to harmonizing policies, legislation and good practices for the protection and management of ecosystems, biodiversity and the livelihoods of the people living in the area.

With regard to capacity-building for local actors, planning documents at the local level do not sufficiently integrate cross-cutting themes, such as climate change, biodiversity and natural and cross-border resource management. In that connection, the Great Green Wall movement aimed to improve and update planning documents. To do so, it was necessary to strengthen the capacities of actors involved in the entire planning process at the local level. Partnership agreements have been concluded with civil society organizations, particularly non-governmental organizations and local associations working in social engineering, to raise awareness and conduct trainings as part of a gradual skills transfer process. This work was carried out in the Kanem and Lac regions located in the semi-arid Sahel zones in Chad and Niger. The project revitalized and implemented consultation frameworks, under which local actors exchange views on the aforementioned themes and integrate them into the development planning process at the local level. Four local development plans have been revised to mainstream biodiversity, which is an innovative approach.

Chad and Niger border the Sahelian strip and are similar in terms of semi-arid transition. They are particularly vulnerable to the effects of climate change due to their geographical location and the fact that their population is dependent on rain-fed, extensive, transhumant agro-sylvo-pastoral production systems. Climate variability has led to reduced rainfall and advanced soil degradation, and human activity has caused the destruction of plant cover. As a result, Lake Chad experiences drying and desertification, making the Sahelian strip one of the poorest and least secure areas in the world. Successes achieved during the project’s previous phase can be extended to the transboundary lake province in Niger. These include the involvement of women and young people in environmental protection and the development of socio-economic activities compatible with fragile ecological systems.

With regard to restoring ecosystems, capacity-building and a participatory planning process have raised awareness among communities and local authorities on the importance of effective natural resource management for the survival of ecosystems. Ecosystem restoration was carried out in the Kanem region of Chad with the active participation of communities, particularly women and young people. Activities included reforestation, assisted natural regeneration and mechanical dune fixation. They were carried out by the National Agency for the Great Green Wall, an entity specialized in land restoration, under the supervision of the Ministry of Environment and Fisheries. These techniques have facilitated the regeneration of biomass and ground vegetation cover on over 1,000 hectares.

A major achievement of the previous phase was the signing of eight community agreements in eight localities in the regions of Kanem (Kekedina) and Lac (Tall, Melea, Baga-Sola, Dar El Salam, Liwa and Tataferom 1 and 2). Degraded land management and assisted natural regeneration allowed communities to be involved and empowered as stakeholders, rather than simply beneficiaries. The ecosystems are being restored as a result of efforts made under this initiative. Restored perimeters have stronger defences to protect plants from roving animals; four boreholes were installed and equipped with solar panels for soil humidification and watering plants. The successes achieved during the previous phase could be capitalized on, disseminated and scaled up to promote the effective restoration of ecosystems within the transboundary lake province and other provinces bordering Lake Chad in Cameroon and Niger.

With regard to the development component, income-generating activities were created as a result of improvements to the production systems. During the previous phase, development investments were integrated with efforts to manage degraded lands, assist natural regeneration and address land and ecosystem risks. The investments were developed in partnership with community-based organizations, local authorities and government employees from decentralized services. Emphasis was placed on sustainable oasis agriculture supported by innovative and sustainable financing mechanisms to better combat food insecurity and desertification. As a result, 75 hectares of hydro-agricultural developments in oases have contributed to food security and improved incomes for oasis producers in the target area. Each management committee recorded average annual revenues of between 1 million and 2 million CFA francs from the sale of the maize harvest. Several producers sold onions and dried tomatoes, okra and chilli pepper. As a result, some groups have been able to become self-sufficient by acquiring new agricultural land. Others have been able to increase the number of cattle and small ruminants, provide health care for their members, feed their families and buy inputs for the next campaigns. In addition, the National Agency for the Great Green Wall has established six integrated community agriculture farms covering 3 hectares each. There are two in Kanem (Kekedina and Woli) and four in Lac (Tataferom, Liwa, Baga-Sola and Tall). These farms benefit 22 groups that engage in supported market gardening and arboricultural production.

With assistance from the United Nations Development Programme and the International Union for Conservation of Nature and Natural Resources, the goal is to extend the initiative to the Lake’s transboundary province in order to evaluate invasive species. Taking advantage of South-South cooperation, an exchange trip was organized between Niger and Nigeria. During the trip, executives of entities involved in soil restoration transferred skills and technologies. The exchanges centred on more efficient and less expensive techniques for ecosystem rehabilitation, various approaches to reforestation, the management of natural forests, the creation of seed companies, a sustainable supply of wood energy to Sahelian cities and effective rural wood markets to benefit local communities. The two countries are formalizing an agreement for technical assistance and the provision of forest seeds.

The institutional foundation of this project supports its sustainability. To ensure coordination, the National Agency for the Great Green Wall under the Ministry of Environment was chosen as a specialized entity in soil restoration. In addition, the nature of the community and culture of the Lake Chad basin will help to duplicate the project’s experiences and good practices, which will preserve the project's achievements. Lastly, the countries identified for the purpose of duplicating the project's experience participate in several subregional initiatives and community bodies, in particular the Lake Chad Basin Commission, the Great Green Wall movement and the Interstate Committee for Drought Control in the Sahel. This will facilitate rapid implementation, complementary objectives and synergy of actions for this project and other ongoing initiatives.

In order to replicate the experiences of this project, the key actors in these States should carry out a joint feasibility study of the project. Subsequently, subregional and national coordination must be undertaken to ensure the project’s implementation, monitoring, evaluation and reporting. 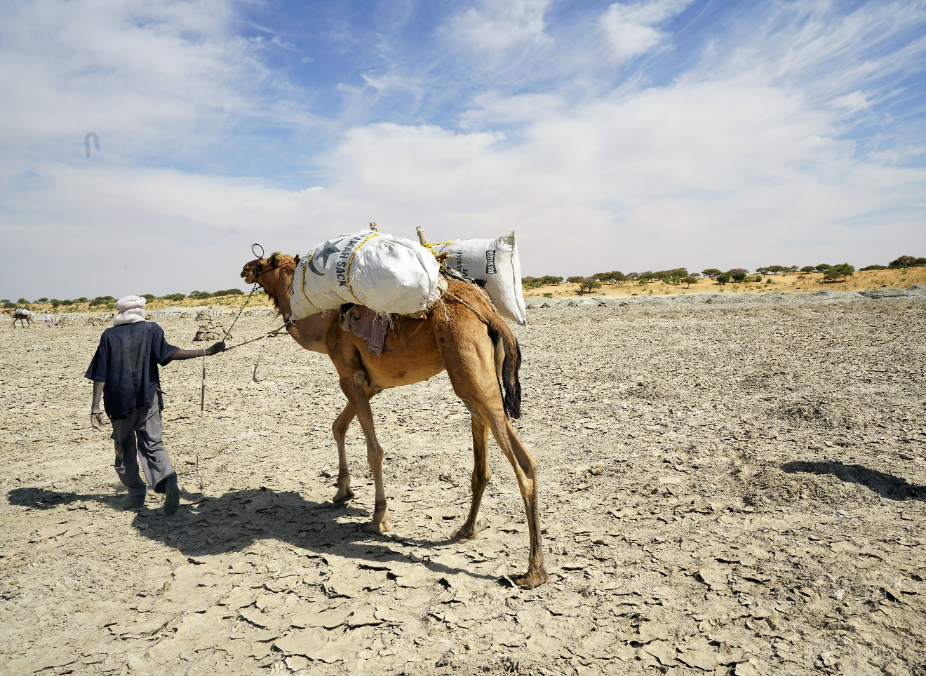 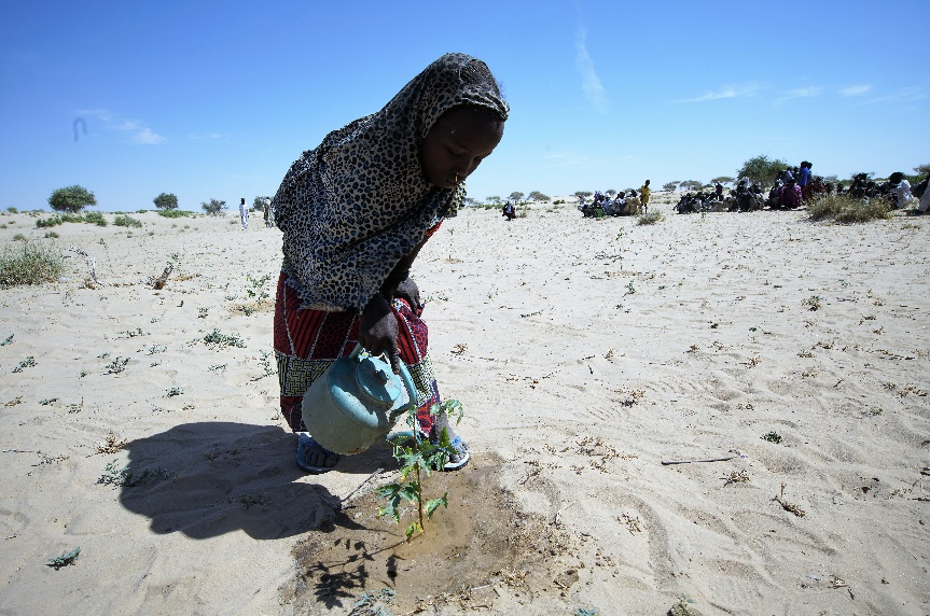 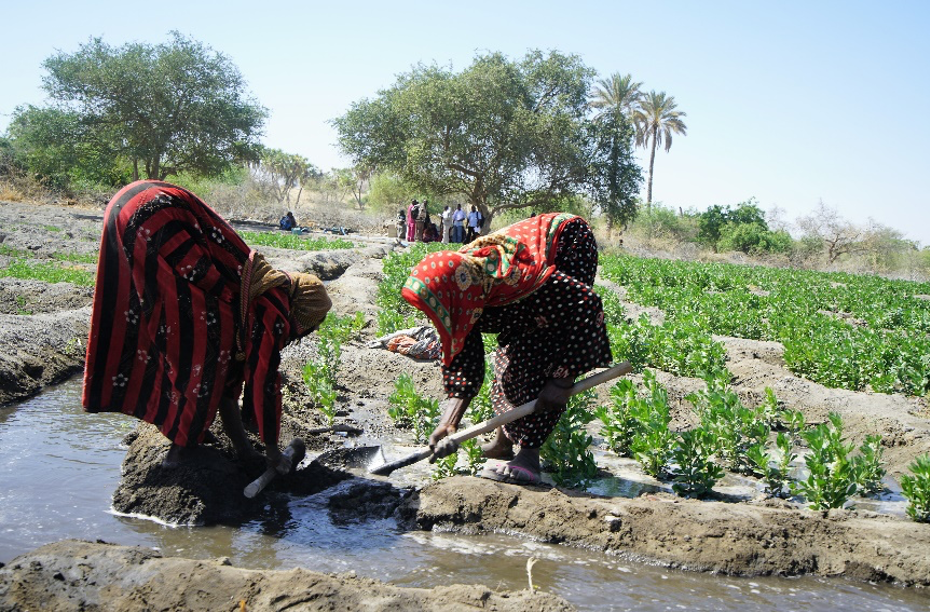