Rebuilding the Planning and Statistical Capacity of Myanmar
Myanmar partnered with various countries to build their capacity in the run-up to its 2014 population and housing census.

While most countries in the world have been conducting successful population and housing censuses in the past three decades, Myanmar only had one.  This was largely due to the internal conflict that beset the country for many years.  Without data, it would be impossible for the country’s development efforts to succeed. The overarching goal of the 2030 Agenda - leave no one behind, especially the most vulnerable groups - would not be achieved without reliable data on which to base the commitments made, including plans, programmes and targets.

The decision of the Government of Myanmar to conduct a population census was a clear recognition of the importance of census data as a vital tool towards its transition to democratic governance. However, the long absence of such activity had resulted in a lack of national technical capability in all aspects of census operations, including planning, training, mapping, enumeration, monitoring and supervision, data processing, analysis, and data dissemination. This made it difficult to meet international standards on census-taking.

As part of the over-all efforts to ensure that the 2014 Myanmar Census meets international standards on data quality, as well as to augment the technical skill requirements of conducting its operation, the South-South cooperation modality was adopted to tap into international expertise. With support and facilitation by UNFPA, technical exchanges between the Department of Population (DoP) of Myanmar and National Statistical Offices and universities in neighbouring Asian countries, as well as Northern countries, were conducted.

A number of technical assistance arrangements were put in place, including, among others:

Experts from India and Australia provided on-the-job training to DoP staff to develop census training guides and manual for trainers. They shared their knowledge in developing an innovative and participatory training programme. Some 128,000 field staff benefited from high-quality training for the various aspects of census operation.

The training approach was sustained and replicated by the DoP staff when census data dissemination was carried out in 2017 in 297 townships throughout the country.  The participants had a deeper understanding of the importance of census data in planning, programme development and project monitoring, especially at the sub-national level.

The study visits of Myanmar planning and statistics senior staff to India and Thailand, which have long-standing histories of successful censuses, enabled participants to learn good practices, including the mitigation of risks, not only in technical aspects but also on the political, logistics, administrative and overall management of the census.

The creation of an International Technical Advisory Board (ITAB), consisting of experts from across the globe, as well as United Nations agencies and Northern countries, did not only reflect a triangular collaboration but ensured that the 2014 Census met the international standards of census-taking. Similarly, the formation of the Census Observation Mission contributed to trust-building, transparency and credibility of the census process.

In its determination to generate high-quality census data, Myanmar benefited immensely from the South-South and triangular cooperation and is now equipped to share its experience to other countries in the region and beyond. Furthermore, the 2014 Census was a low-cost modality, with high returns making it replicable in other contexts. 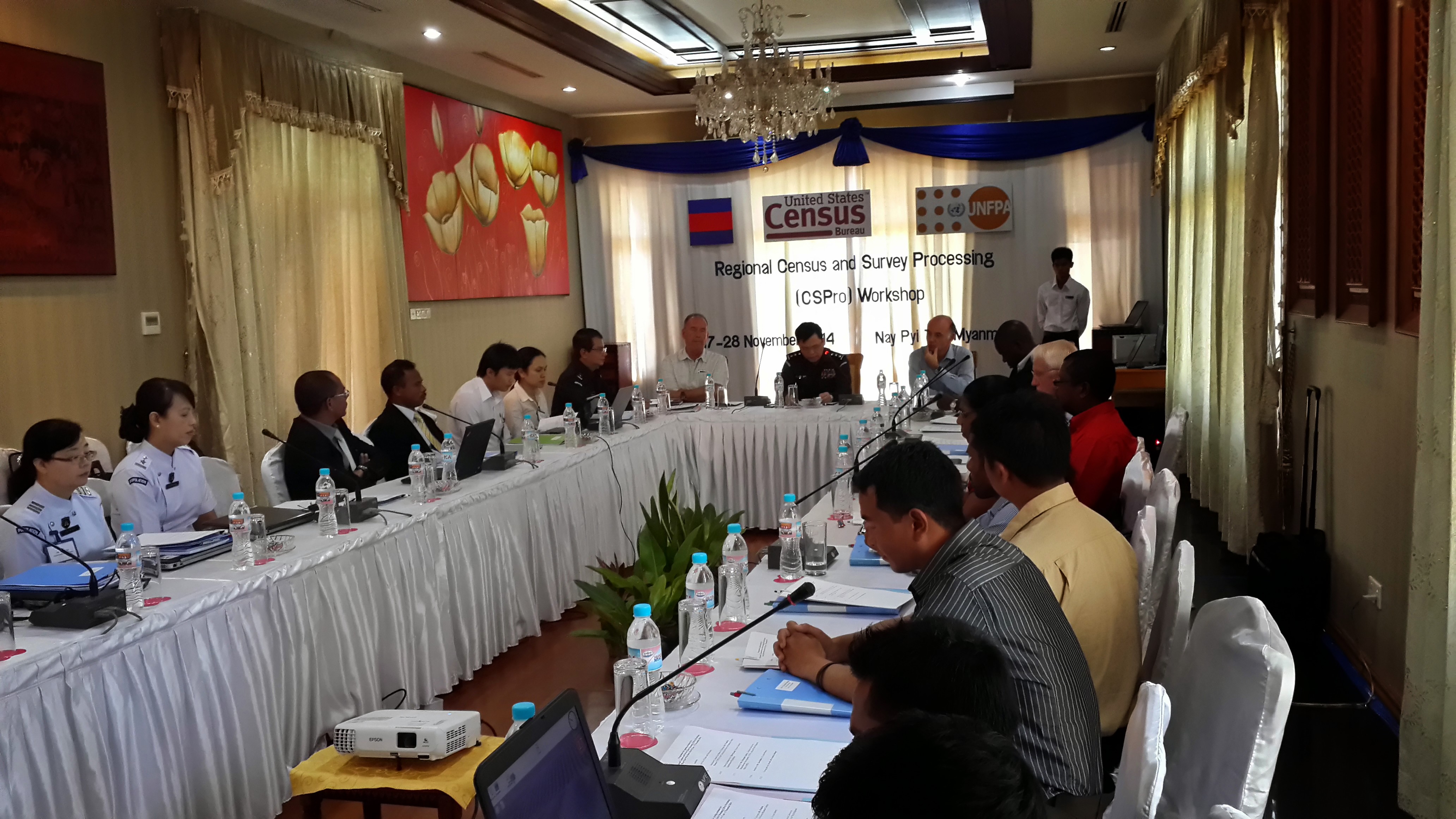