In developed countries, farmers often buy their seedlings from commercial nurseries that produce them in sterile media. In contrast, in developing countries, farmers prepare their seedlings that grow in the soil of their farms and inevitably lose 50 percent of the seedlings to soil-borne pathogens; hence, they raise poor seedlings due to placing seeds because they are planted too closely together and are not fertilized properly. By treating the beds with Trichoderma, a beneficial fungus, soil-borne fungal diseases are prevented from affecting seedlings. Additionally, the Integrated Pest Management (IPM) Innovation Lab has introduced cocopeat as a medium in plastic trays for raising seedlings. Cocopeat is sterile and amenable for the planting of seeds, and can be treated with Trichoderma and fertilizers.


To address the above challenge, the Integrated Pest Management (IPM) Innovation Lab at Virginia Polytechnic Institute and State University (Virginia Tech), with the support of the U.S. Agency for International Development (USAID), conducted several workshops on Trichoderma for scientists, extension agents, staff of value chain projects, and private entrepreneurs from Bangladesh, Cambodia, Ethiopia, Kenya, Nepal and United Republic of Tanzania, working with experts from an Indian university.

The IPM Innovation Lab has promoted the use of Trichoderma in South and South-East Asia, and East African countries. This technology has resulted in reduced chemical pesticide use, increased crop yields, reduced input costs, and improved human and environmental safety. It addresses Sustainable Development Goals (SDGs) 1 (No poverty) and 2 (Zero hunger) by increasing crop production, leading to reduced poverty and hunger; SDG 15 (Life on land) by reducing use of chemical pesticides and increasing biodiversity on land; and SDG  17 (Partnerships for the goals) by enhancing collaboration and partnerships within the developing world.

Trichoderma is a beneficial fungus: when seeds or seedlings are treated with it and planted in the field, they are protected from plant pathogenic fungi, which cause fungal diseases. The fungus also induces defence in plants against pathogenic bacteria and viruses. The IPM Innovation Lab promoted its use in all IPM packages developed for different crops in these countries.

The IPM Innovation Lab conducted workshops and assisted companies that would be inclined to produce Trichoderma, and also developed a demand, hence a market, for it by educating farmers on the benefits of the product. Agricare in Nepal, Ispahani and Grameen Krishok Sohayak Sangstha (GKSS) in Bangladesh, Bayon Heritage, Natural Agriculture Village and Khmer Organic in Cambodia, and Real IPM in Kenya are companies producing and/or selling Trichoderma in their respective countries and regions. Companies from India sell this product in Asia.

Seven WhatsApp groups have been formed by Real IPM Kenya to train lead farmers in IPM systems, including Trichoderma application. Images of over 1,000 diseases on different vegetable crops have been collected and managed in a database.

The IPM Innovation Lab has also conducted a free webinar for international participants to learn about Trichoderma’s application and beneficial properties.

As a result of Trichoderma implementation in Bangladesh, and the increase in plant nurseries, women’s work opportunities have flourished. GKSS, a Trichoderma production company, is led by a woman who is the first to sell the fungus in compost form in the country. She also develops Trichoderma as a leachate so that it can be sprayed on plant leaves.

In United Republic of Tanzania, in on-farm trials, the combination of Trichoderma with neem was observed to reduce the population of nematodes by over 50 percent.

The Trichoderma technology introduced by the IPM Innovation Lab has become a sustained and permanent factor in crop production in the developing world. Farmers understand the benefits derived by treating seeds and seedlings with Trichoderma, and it has now become a common practice.

This technology was taken up by farmers in Asia, including Bangladesh, Cambodia, India and Nepal, and is expanding by leaps and bounds. Further work is required in East Africa in Ethiopia, Kenya and United Republic of Tanzania in educating government officials, private entrepreneurs, non-governmental organizations (NGOs) and others on the benefits of the beneficial fungus. 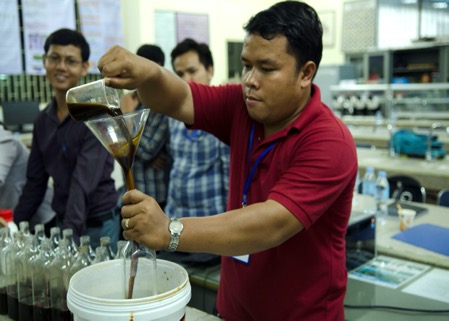 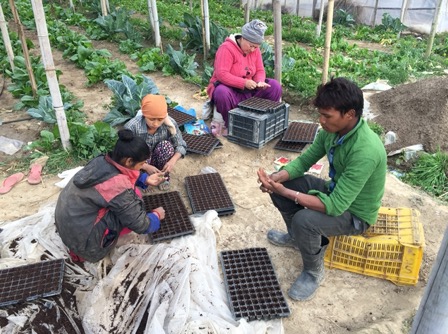 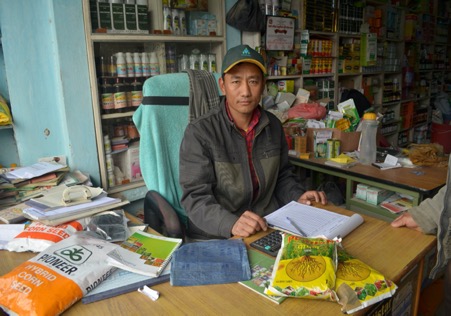