Chad is one of the least developed countries in the world and has a high fertility rate of 6.4 children per woman. This, in part, is attributed to low use of modern contraception, early marriage and early entry into fertile life and the persistence of traditional and socio-cultural practices and beliefs where a large number of children is valued.

Fertility control is perceived by the majority of the population to be incompatible with Islamic principles. The misunderstanding of religious texts has been an obstacle to the practice of family planning. In close partnership with the supreme body of the Muslim community, the High Council for Islamic Affairs (referred to as the Council), UNFPA mobilised religious and traditional leaders to raise awareness and promote behaviour change with regards to family planning and reproductive health.

Through the South-South cooperation modality, the Council, with UNFPA support, has built the capacity of its members, including the League of Women Preachers, on issues relating to family well-being and reproductive health from the standpoint of Islam. Through annual study tours, Council members went through rigorous training in Indonesia. They had also benefited from sharing of experiences with Bangladesh, Egypt and Morocco. Moreover, the Council created a network of Qur’anic schools and trained at least 600 imams with whom they worked closely on the ground.

To counter the misinterpretation of religious texts related to family planning, the Council conducted campaigns to raise awareness on the benefits of family planning and reproductive health and the detrimental consequences of child marriage, among others. This was done through its radio broadcast network. The imams also delivered the same messages in mosques during the Friday prayers.

The Council organized a forum on “Islam, Family Well-Being and Demographic Dividend” that involved more than 2,000 religious leaders and technical experts from the various regions of Chad and 20 countries in West and Central Africa, the Arab States and Asia. A "Declaration of N'Djamena" was issued, which stated that the spacing of births is prescribed by the Qur’an and is an important element for the family wellbeing.

Within the health centre located inside the main mosque of N’Djamena, Chad’s capital city, the Council opened a unit that specifically offered family planning services. There is evidence that the number of new acceptors of modern contraceptive methods is growing. On average, every year since 2016, more than 1,000 women adopt modern methods. Moreover, some 3,000 women preachers were committed to engage and train other women in promoting family planning and reproductive health. 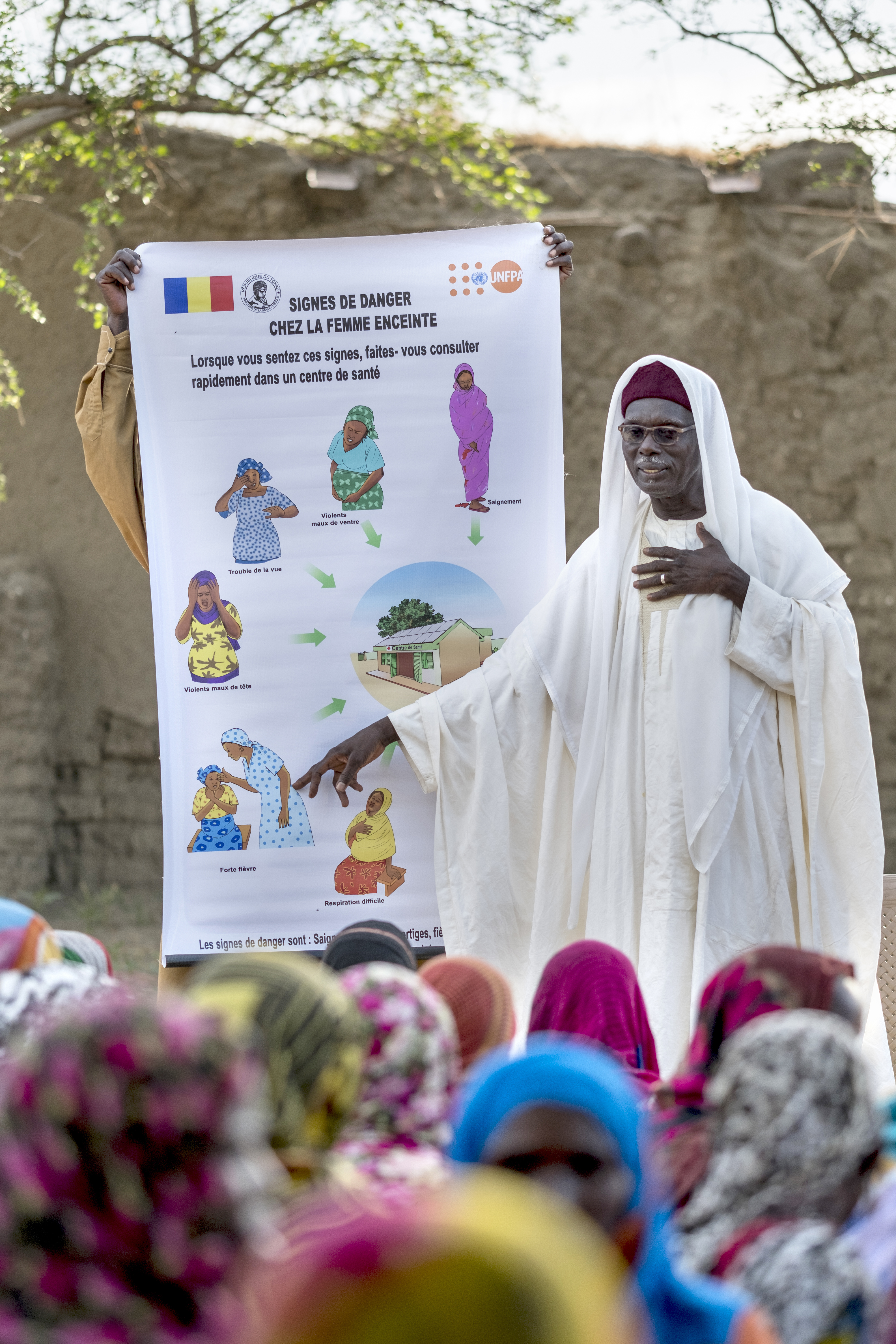