Benin, a small country in West Africa, has an underdeveloped economy: agriculture accounts for 38 per cent of the its GDP and employs over half of its 11 million people. Although the agriculture of Benin accounts for the majority of its production, employment and revenue, the lack of technical advancements makes it a poor competitor. The agriculture sector is characterized by small proprieties, a low level of mechanization and high vulnerability, with climate change posing a significant risk to the food security of rural communities.

The project Institutional Strengthening of Professional and Technical Education in the Areas of Agroecology and Cooperativism in Benin seeks to use the Brazilian experience in the field of agricultural development to adapt the rural model of Benin, largely derivative from old techniques, to the country’s specific climate, soil and water needs, adding green and sustainable practices during the process. The objective of the project is to train the teachers of the Lycée Agricole Médji de Sékou, a public school focused on agriculture and farming in Benin that provides technical training for young professionals in transition from secondary school to higher education, and share knowledge of entrepreneurship, cooperativism and agroecology for spillover effects in the future.

With regard to the methodology, this initiative had several components: (a) training of teachers at the Lycée Agricole Médji de Sékou; (b) development of agroecology and cooperativism techniques according to Cotonou reality; (c) sharing of technologies and important industrial innovations in the areas of agroecology and cooperativism; (d) knowledge-sharing in the area of food processing; (e) technical training of teachers in processing machinery; (f) construction of a food transformation laboratory (business incubator) at the Lycée Agricole Médji de Sékou; (g) training of 25 teachers from the Lycée Agricole Médji de Sékou in the equivalent to a postgraduate degree, with specialization in agroecology and cooperativism; and (h) constitution of a multiplier centre of techniques and incentives to the cooperativism of small-scale local producers.

The ABC initiative in Benin started with a visit by professors from the Bahia Federal Institute of Education, Science and Technology (IFBA) and the Federal Institute of Education, Science and Technology of Brasília (IFB) to the Lycée Agricole Médji de Sékou. Brazilian professors focused on the pineapple value chain, transforming the production of the simple fruit, which is low in value and highly perishable, into a much more complex fruit-processing chain, with the output of pulp, juice, jam and other outputs, which are more valuable goods that can generate more income for the farmers. The teachers trained in Benin, a total of 25, visited Brazil twice, each with groups of six teachers, to complement the new knowledge acquired and produce scientific knowledge while also having the opportunity to visit Brazilian enterprises in the Federal District, Goiás and Bahia, all of which develop the concepts of cooperativism and agroecology. The second part of the project in Benin was to build, at the Lycée Agricole Médji de Sékou, a laboratory for the processing of local products as well as a space for students to put into practice the knowledge acquired during their training, and to enable income generation through direct marketing of those produced items. The “Incubator”, which was installed on the same grounds as the Lycée and counted on the Brazilian donation of all its own machinery for processing, has rooms for the receiving of food, storage and a space for the sale of products to the community.

The initiative was part of the South-South cooperation of Brazil and ABC with the African continent under the country’s structural mission of transitioning from a technical assistance receiver to a proactive technical-cooperation provider. The project has a long-lasting and structural approach, with the involvement of government authorities and scientific personnel. Furthermore, the courses were adapted to the socioeconomic reality of the country, and teachers from partner institutions explained topics such as cooperativism in the solidarity economy; agroecology principles and concepts; strategic planning and entrepreneurship; and practices in agroecology and social technologies. It had, therefore, an emphasis on social responsibility, green economy and sustainable development, developing awareness of environmental issues in local communities. 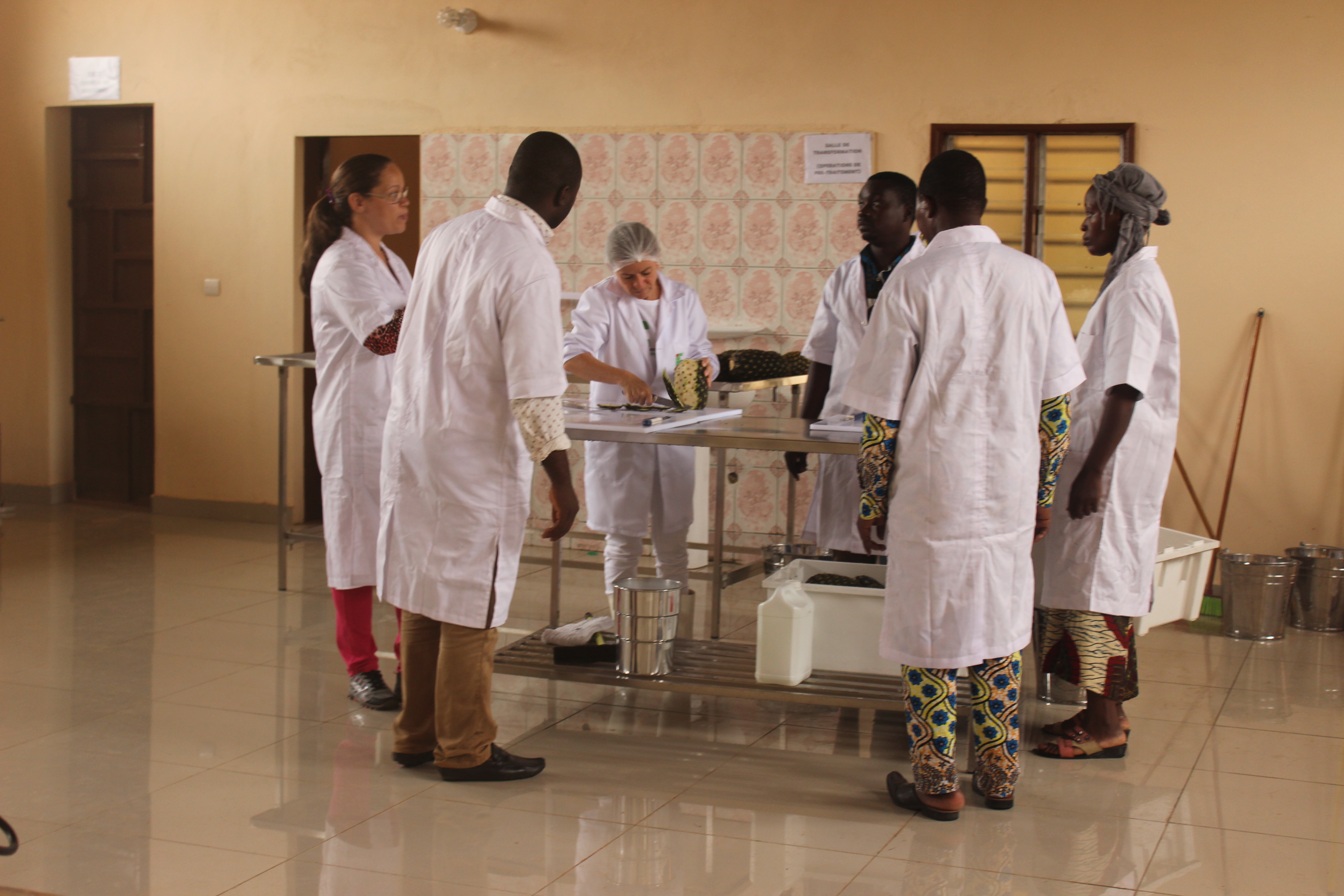 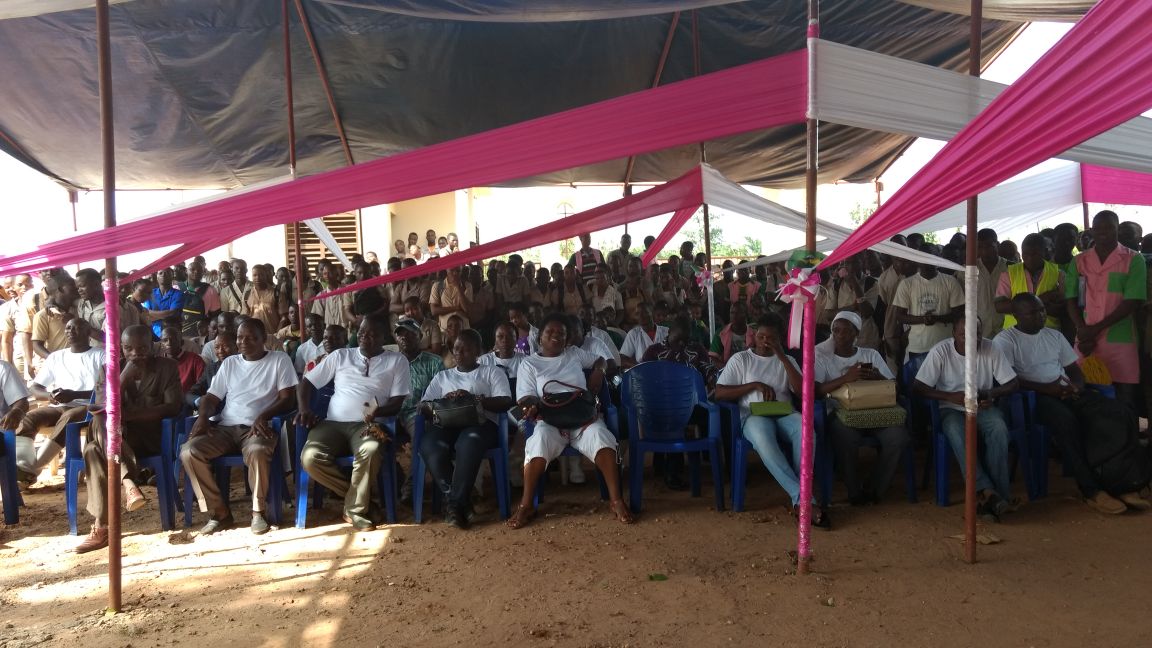 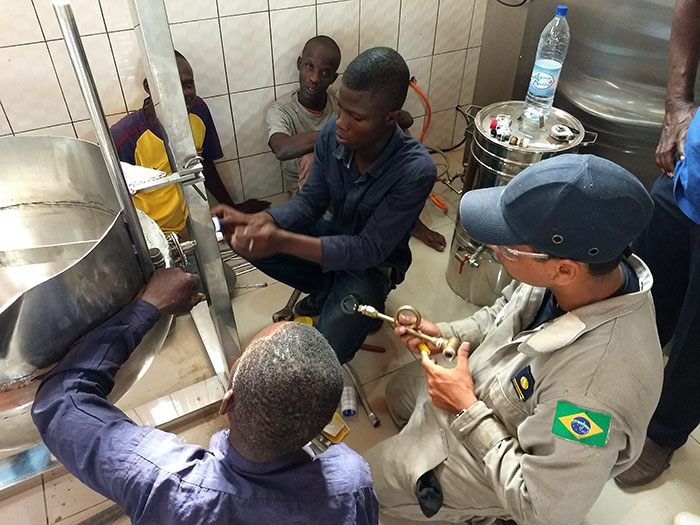 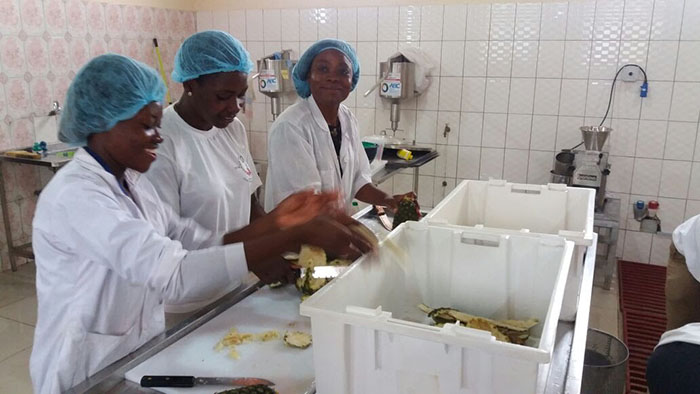 Government of Brazil and ABC