Mauritius is still heavily reliant on fossil fuels, which must be imported, to meet its energy demands. According to the Renewable Energy Roadmap 20301, in 2019, the country generated 78.3 percent of its electricity from non-renewable sources, primarily petroleum products and coal. The resulting greenhouse gas emissions have impacts on health and the environment. Only 21.7 percent of its energy comes from renewable sources, mainly bagasse, hydro, wind, landfill gas and solar. The need to integrate more sources of renewable energy in the electrical energy mix has long been recognized by the Government and streamlined in relevant national policies.


With a view to addressing this challenge, the Government of Mauritius developed a road map for renewable energy in order to increase the share of renewable energy to 35 percent of the electricity mix by 2025 and 40 percent by 2030. One of the key strategies in the road map is the installation of 35,000 rooftop photovoltaic units by 2025 and 50,000 by 2030.

Within this strategy, the Home Solar Project has been designed to involve low-income families in the production of electricity, with a view to improving their standard of living and enabling them to develop small businesses.

In 2017, the project secured a loan of US$10 million from the Abu Dhabi Fund for Development and the International Renewable Energy Agency (IRENA). It is being implemented by the Central Electricity Board (CEB), a parastatal body solely responsible for the transmission, distribution and supply of electricity to the population. Solar photovoltaic systems are being installed on the rooftops of 10,000 households as part of the Government’s efforts to alleviate poverty while contributing to national renewable energy targets.

The households will benefit from significant savings on their electricity bills. In addition, the project will add 10 MW of new renewable energy capacity to the grid, resulting in savings of over $35 million in fossil fuel imports over the project’s lifetime. It will also improve energy security. Each household will benefit from 50 kWh of electricity free of charge on a monthly basis, for a period of 20 years. Any surplus electricity generated is being injected into the grid.  The project is being implemented in five phases across Mauritius, including the territory of Rodrigues. The first three phases will be completed by 2025.

The project’s key partners are the Ministry of Energy and Public Utilities, CEB and CEB (Green Energy) Co. Ltd. The latter is a private company fully owned by CEB that is responsible for the promotion and development of renewable energy. IRENA and the Abu Dhabi Fund for Development are also involved in the project.

To date, approximately 1,000 solar photovoltaic kits of 1 kWp have been installed on the rooftops of low-income households. The surplus electricity injected in the grid will generate savings for CEB, which will enable it to reinvest in similar projects in the future.

The project model is very simple and can be replicated in Small Island Developing States with good solar insolation and in countries seeking to promote solar energy in their electricity mix.

[1] Ministry of Energy and Public Utilities of Mauritius, Renewable Energy Roadmap 2030 for the Electricity Sector (August 2019) 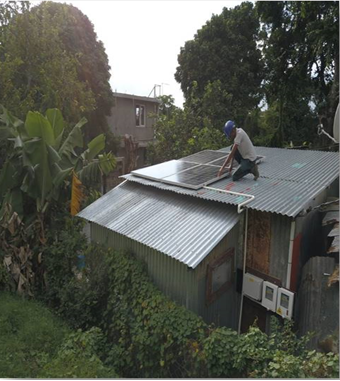 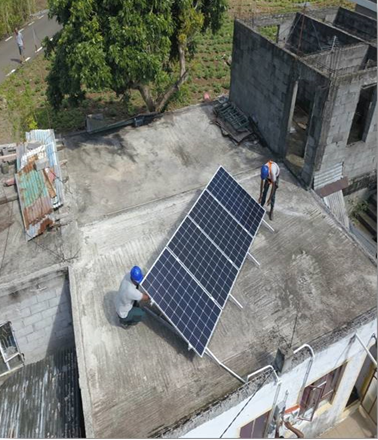 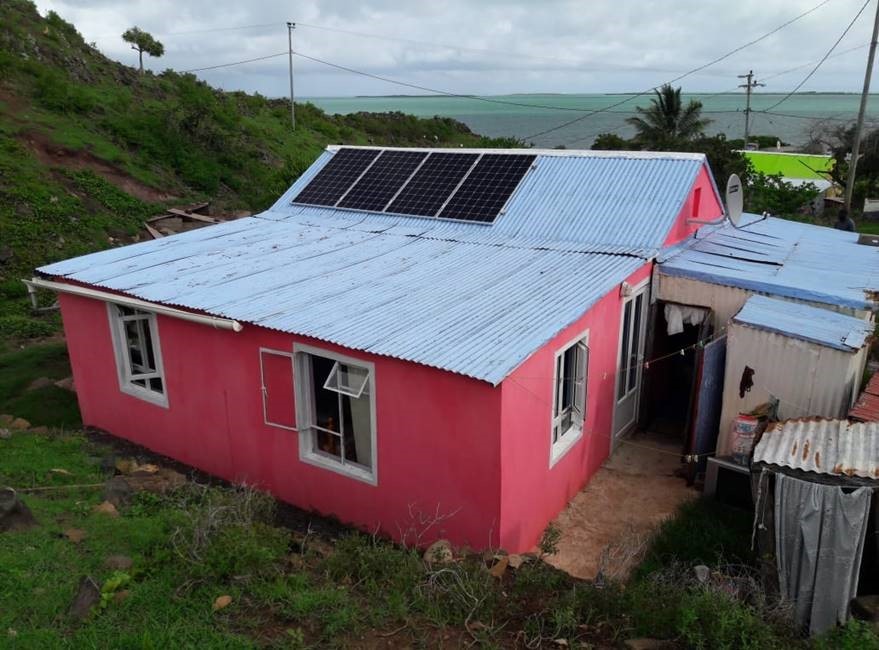 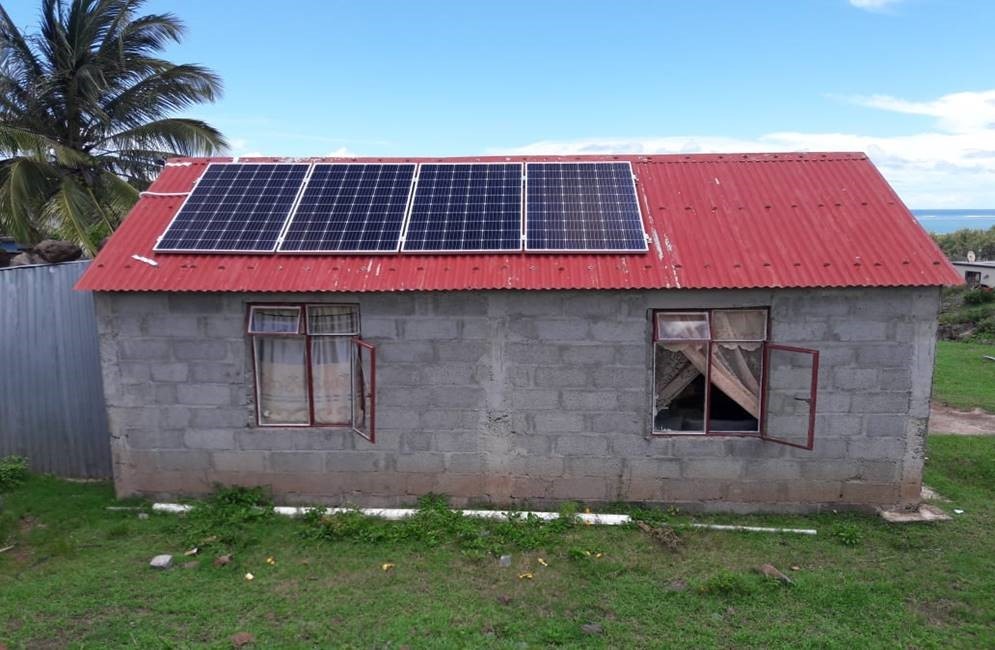