The Pacific Island countries are exposed to extreme weather events, such as tropical storms, cyclones, drought, floods and heat waves. Since 1950, extreme events have affected 9.2 million people in the region, causing 9,811 fatalities. The Hydro-meteorological Disasters in the Pacific report by the Pacific Community’s Geoscience Division reported 615 disaster events in a thirty-year period (1983-2012), of which 75 percent were hydro-meteorological in nature, the most common being cyclones followed by floods. The total cost of these disasters over the same period was estimated to be $3.9 billion.

With the increasing severity of extreme weather events, many Pacific Island countries are likely to encounter greater vulnerability, with many of the islands of the Pacific possibly even becoming uninhabitable. Improved awareness of the need for climate change adaptation measures and a strengthened capacity to anticipate and prevent major catastrophes related to extreme events (early warning systems) and of disaster risk reduction action will significantly contribute to a reduction in the vulnerability to climate variability and longer-term changes in Pacific Island countries.

The Climate Early Warning Systems in Pacific Island Countries Project was implemented to enhance the adaptive human and technological capacities for disaster preparedness and recovery in Pacific Island countries. Building on UNDP’s ongoing work in the region, this project focused on national meteorology and hydrology services in seven Pacific countries (Cook Islands, Kiribati, Federated States of Micronesia, Nauru, the Republic of the Marshall Islands, Solomon Islands and Tonga), enabling them to be more resilient to the risks and impacts of climate change and disasters.

The project was implemented by the UNDP Pacific Office through the India-UN Development Partnership Fund. Partnerships were made with the Pacific Island Government agencies, the India Institute of Technology in Roorkee, the Central Training Institute Pune-RTC India, the Pacific Community Hydrological Department, the National Institute of Water and Atmospheric Research, the Pacific Meteorology Council, and the World Meteorological Organization.

The project was, at its heart, a South-South Cooperation project, which emphasized mutual responsibility and solidarity between countries of the South. It recognized that the Government of India and the Pacific Island countries have valuable resources and experiences to share in the areas of climate and hydrology early warning systems. The project provided learning opportunities for meteorology and hydrology technicians from the Pacific at India’s World Meteorological Organization-accredited training institutions, including a capacity development training of 17 Pacific hydrologists in India in 2018. The participants were introduced to the latest hydrology techniques for water management , addressing water shortages and contamination issues. Participants not only learned from Indian experiences but also shared success stories and lessons from the Pacific Island countries.

In addition to climate early warning systems for national meteorological services, the project focused on hydrology services, including atoll freshwater lens management, flood warnings and alerts. It was a paradigm shift - the enhanced focus on hydrology from meteorology - that made for a more comprehensive management of the conditions faced by the Pacific Island countries. The importance of this approach was emphasized during the Fourth Pacific Meteorological Council Meeting and subsequently reiterated by the Second Pacific Ministerial Meeting on Meteorology.

In keeping with the principle of “leaving no one behind,” the project, at the commencement of its activities, conducted stakeholder consultations with women and other marginalized and vulnerable groups, such as youth and people with disabilities. The findings informed future project activities, including equal training opportunities for both male and female national meteorologists and hydrologists.

As groundwater remains one of the most reliable source of freshwater in many atoll nations, the project focused on the installation and use of in-line salinity meters to minimize potential salinization and help ensure that freshwater supply is not depleted. The Pacific Community was a responsible party for this aspect of the project.

The success stories and experiences from the project were amplified through advocacy and media exposure. In 2018, 20 senior journalists in the Pacific region completed a week-long training and media workshop in Fiji through a partnership with the Pacific Environment Journalist Network. The workshop raised the profile of climate impacts and as a direct outcome generated 37 pieces of media articles.

The project results contributed towards SDG 13 (Climate Action) and SAMOA Pathway areas on climate change, disaster risk reduction, water and sanitation. Additionally, South-South cooperation between India and the Pacific, and among the Pacific countries were strengthened and supported the experience and knowledge exchange on disaster preparedness, response and recovery.

To ensure project sustainability, various stakeholders have been engaged in the articulation, implementation and monitoring of climate risk and recovery management plans. The existing coordination mechanisms have also been strengthened among national and regional institutions and civil society. The knowledge generated has been applied to strengthen national and regional capacities to provide effective climate services and to enhance advocacy for mainstreaming of risk management for climate and disaster-resilient development planning, policies and programmes. On the regional level, governments of Pacific Island countries and other donors have discussed possible next steps beyond this project to support enhanced climate and disaster-resilient development. 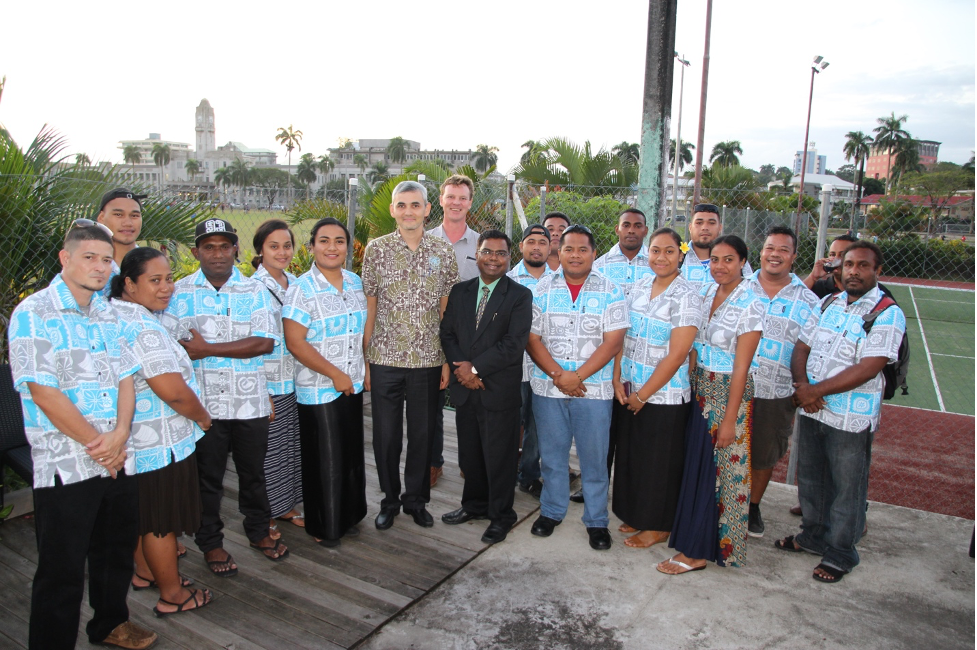 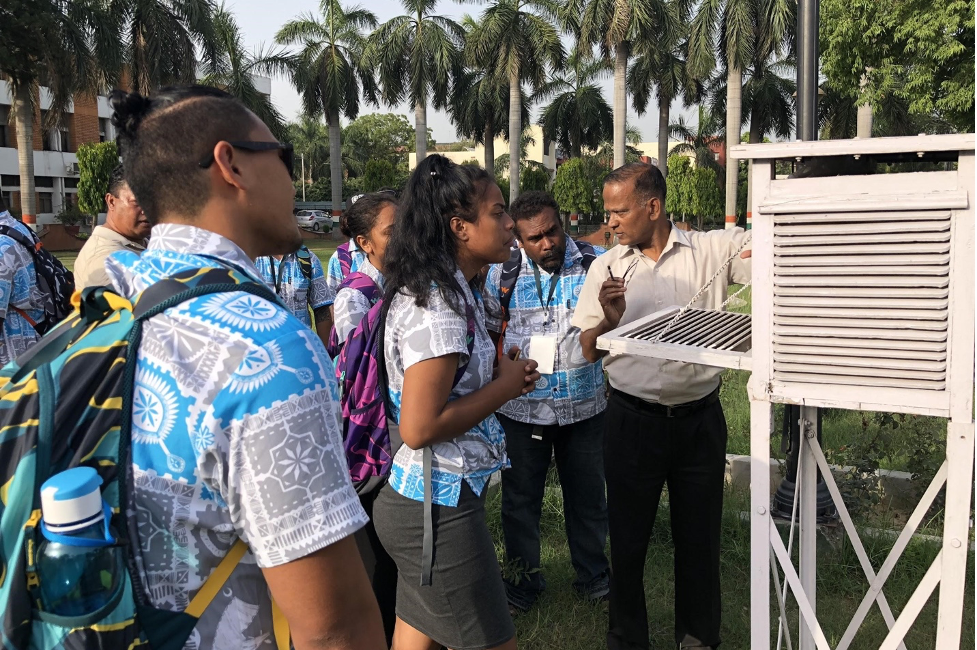 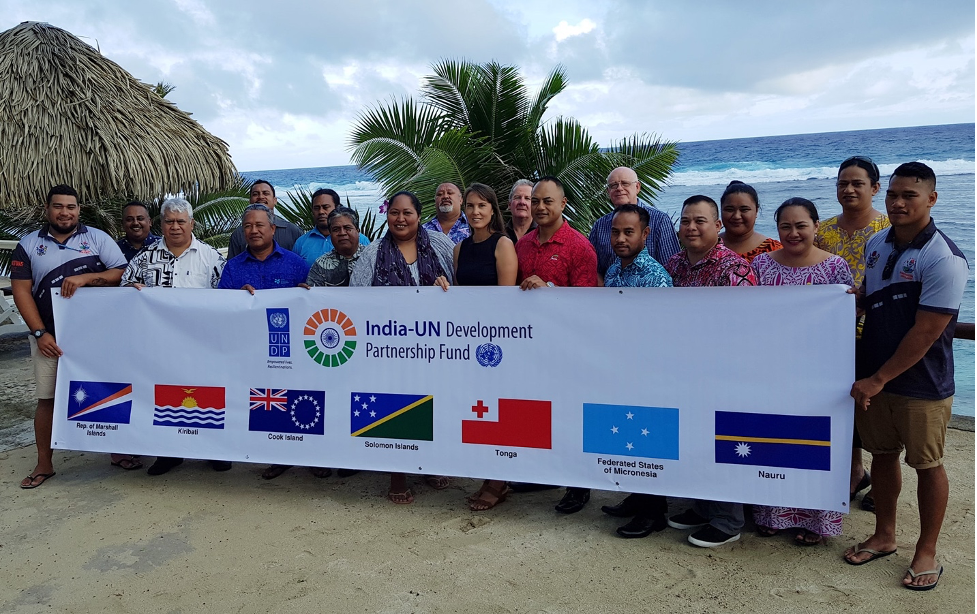 06 - Clean Water and Sanitation, 17 - Partnerships for the Goals