In most developing countries, agricultural wastes are left untreated, which may cause environment pollution and animal-human disease transmission. Moreover, farmers have limited access to modern energy such as kerosene, liquefied gas and electricity, which leads to deforestation, water loss and soil erosion.  Women and children are overburdened with low-value work, such as the collection of firewood and cow dung for cooking. Moreover, the overuse of chemical fertilizers is a threat to soil, ecosystem and human health. The above issues have impacted the sustainable development of the vulnerable small island countries such as Samoa.

Based on the common goal of tackling climate change and the energy shortage, some countries have independently or jointly developed biogas in the pursuit of their environmental, economic, health and social benefits. Since the natural environment and social conditions differ from region to region, and country to country, identifying the most suitable biogas model in a country is still a challenge.

To tackle the above challenges, the ‘Hands-on training on fibre-reinforced plastic biogas digester in Samoa’ initiative was implemented to demonstrate sustainable agriculture practices. This could render the livestock industry profitable, sustainable and environmentally friendly by promoting technologies of animal waste management for recycling resources and adding value.

The project was implemented by two organizations: (i) the Biogas Institute of the Ministry of Agriculture and Rural Affairs (BIOMA), People's Republic of China, established in 1979, by a Government-based research institute and the Food and Agriculture Organization of the United Nations (FAO) Reference Centre for Biogas Research and Training since 2014 and (ii) Samoa Farmers’ Association (SFA), a non-government organization engaged in agro-tech extension, connecting local farmers under a membership mechanism and maintaining close contact with government and educational institutions.

BIOMA was invited by the SFA as the overseas technical supporter for this 14-day training, in which two professors and a technician delivered on-site lectures and demonstrations. The Global Environment Facility (GEF) supported the procurement of digesters and auxiliary parts. China South-South Development Centre Project supported the international travel of the two BIOMA professors from China to Samoa. The China-Samoa Agricultural Technical Aid Project (CSATAP) served as a local supporter, provided classrooms and invited local media for report.

According to research conducted by SFA and BIOMA, supported by Global South-South Development Center Project in 2019, the digesters were all operating normally without leakage, and the shortest activation time for biogas production was one week after digester installation and feeding. There was a savings of around US$25 on the average monthly cost of liquefied petroleum gas (LPG). By applying digestate as fertilizer, the agricultural production efficiency was improved. Excessive digestate was shared in the neighborhoods. The demand for digesters rose in communities.

Women in the households were relieved from hard work of firewood collection and the smoke of burning coconut shells. Children had fewer chances of being infected with animal diseases after the animal pen was built to keep hogs and piglets from moving everywhere. Children also learned that animal waste and leaves can turn into clean cooking gas and some joined to feed manure into digesters.

Farmers fed animal manure into a digester through a manure collecting tunnel installed along the edge of animal pen. As a consequence, animals had a better welfare of not eating food in manures in the cleaner pens.

It is a win-win project for both implementing organizations. Together with SFA as the technology recipient, BIOMA learned that the importance of community solidarity, awareness establishment, pre-assessment and lobbying laid the demand-driven basis for the sustainability of the project, and that the process of each project is subject to modification according to the local situation.

The success of the project had an impact on biogas development policy of Samoa Government. After the project in 2018, SFA signed a contract with BIOMA for project session II to install 21 digesters made of hard and soft building materials so as to find out the optimal technical mode for Samoa; it was nearly completed by online and video training in 2020. A regional project entitled ‘Establishment of the Biogas Research and Training Center for the Asia-Pacific region (BRTC)’ could be replicated based on the experience of this project and integration of the partnership in the region, so that the long-term sustainability of the project can be achieved.

The project can be replicated in other developing countries if some conditions are met.

First, an assessment could be carried out on demand in advance in order to identify the right geographical site:  the animal pen must be within 30 m away from the kitchen; the environment temperature must be above 13 °C throughout a year; the groundwater level must be below 1 m; and the location of the digester must be 5 m away from the road. The ideal recipients should have at least two pigs or one cow for digester feeding, be able to afford to hire laborers or rent excavators, be greatly interested in biogas and digestate, and have an impact on lobbying.

Second, funding can be obtained for the provision of equipment, the mobilization of resource persons and local provisions for training and digester construction.

Third, the quality of the digester construction and operation could be institutionalized in a standard routine through the training of trainers and membership services.

Auxiliary parts were prepared as a part of the purchase order of the equipment at the beginning of the project for the replacement of fittings damaged accidentally. A technical capacity building could provide continuous technical consultancy. 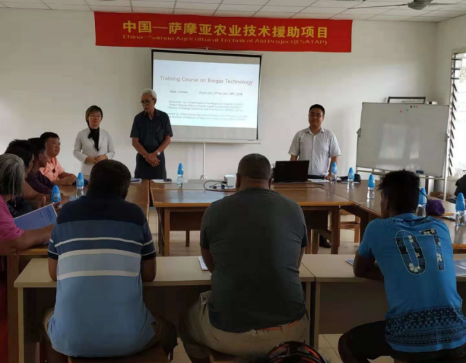 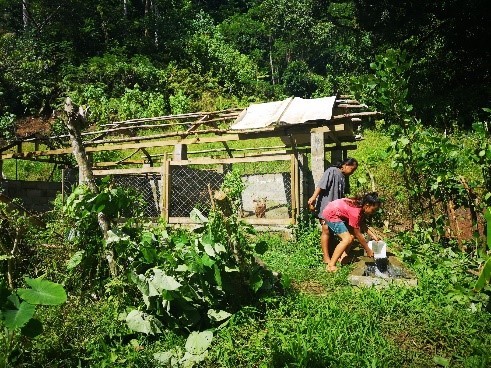 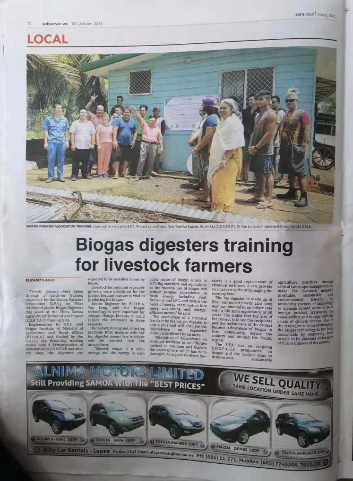 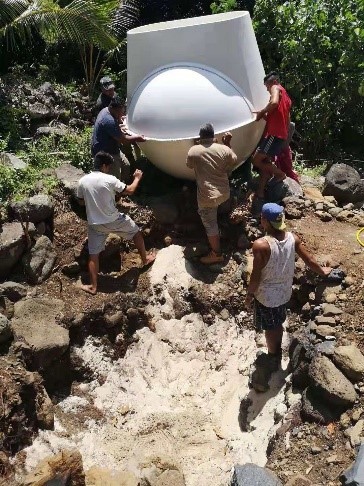