Agroforestry, or the use of trees in agriculture, is a traditional farming practice in India, Nepal and China that provides food, nutrition and ecosystem services to support livelihoods and agricultural production. The modern agricultural trend towards commercial monocultures has siphoned resources and attention from this indigenous system. Agroforestry systems require a longer waiting period before beginning production than annual crops. Therefore, the need for farmers to make both cash and time investments during the early years of planting presents major challenges. Consequently, adding seasonal and annual harvests available from the first year could be a vital boost to the viability of agroforestry systems for smallholders’ livelihood security. This is possible through the integration of agroforestry with mushroom cultivation.

Mushroom consumption in China is high and increasing annually. Global trends also indicate a rising demand for mushroom consumption. The Centre for Mountain Futures (CMF), jointly established by the Chinese Academy of Sciences (CAS) and World Agroforestry (ICRAF), and hosted by Kunming Institute of Botany of CAS, believes, therefore, that responsible mushroom cultivation can play a key role in lifting communities in developing nations out of poverty, as per Sustainable Development Goal (SDG) 1 – No poverty.

The objectives of the project were to identify sites and provide mushroom identification and utilization training to agro-technicians and community forest members, who would then transmit the new knowledge through indigenous farmer networks. Training centred around cultivation and management techniques developed by CMF scientists. This transfer of knowledge regarding the cultivation, collection, seed production, drying and storage of valuable and edible mushrooms such as morels (Morchella) can generate new income-earning opportunities at project sites through their sustainable cultivation.

CMF has developed a unique agroforestry system in which various medicinal plants and mushrooms are intercropped with multipurpose trees. It incorporates new techniques for producing quality cultures, spawn, substrates and mushroom fruiting. Forest-fungi agroforestry demonstration sites have been established at a large phosphorus mining site near Kunming as well as on plots of land provided to CMF by the Honghe County Government to develop climate-smart practices.

Field work was first conducted across farming communities in India’s Jorhat district in Assam, Nepal’s Kathmandu Valley, and Myanmar’s Chin and Shan States to assess mushroom production in the regions. It was observed that women were particularly enthusiastic about gaining new mushroom knowledge. Subsequently, representatives from India’s Balipara Foundation, ex-government officials and private sector partners from Nepal, and representatives of Yezin Forestry University in Myanmar were invited to CMF to participate in five days of intensive training on the cultivation and production of mushrooms deemed viable for growing in their country of origin. The training covered solid-state cultivation and liquid-state cultivation.

The five-day intensive training was a success. Participating agrotechnicians demonstrated mastery of cultivation and production techniques for two high-demand species, Ganoderma lucidum and Morchella, as well as other edible and medicinal mushroom types. Empowered by this new knowledge, spawn was transferred to a national laboratory in Nepal, where it was grown and distributed to mushroom farmers in Kathmandu.

Another important achievement was the recording of a mushroom cultivation training video. Part 1 has currently been uploaded to the organisation’s website, and further media material will be distributed as it is made available. This video and others video serves as important references for participants after they return home. We have also drafted a manuscript for a handbook on the cultivation of commercial mushroom species (to be published in 2020). This will jumpstart rural capacities on a global scale.

Support from the China South-South Development Centre (SSDC) enabled needs assessment in CMF’s partner countries and to provide targeted training to community forest members on high-value mushroom growing technologies. Community stakeholders are direct beneficiaries, with a considerable ripple effect across other community members. China, having emerged as a leader among countries in the Global South, is well-poised to assist in the development of other underdeveloped Global South members. The project represents an example of South-South knowledge- and skills-sharing, strengthening cooperative ties and technological expertise among a rapidly growing group of rising nations.

Mushroom cultivation is exactly the kind of sustainable practice the world needs to ensure a safe and healthy planet. Agricultural waste products, such as corn cobs and sawdust, can be used to create substrates. Spent substrates can then be used to fertilize crop soils, although some substrates must first be dried before entering soil systems, closing the production cycle. Mushroom cultivation also preserves mushrooms growing in the wild, reducing the need for wild foraging, mitigating risks of overharvesting and protecting natural ecosystem habitats.

To replicate the success of this project across other countries, start-up capital and personnel training are needed in conjunction with cheap and simple technologies. Mushroom cultivation does not have exorbitant costs, and financing mechanisms (subsidies, loans and grants) could help farmers access building materials, labour, equipment, etc. Ensuring that community members have access to in-depth technical training will be critical to maintain high-quality and high-yield crops. Finally, public awareness must be raised regarding the manifold benefits of mushroom production and consumption, with particular attention given to women, who stand to greatly profit from mushroom production as an income-enhancing activity. 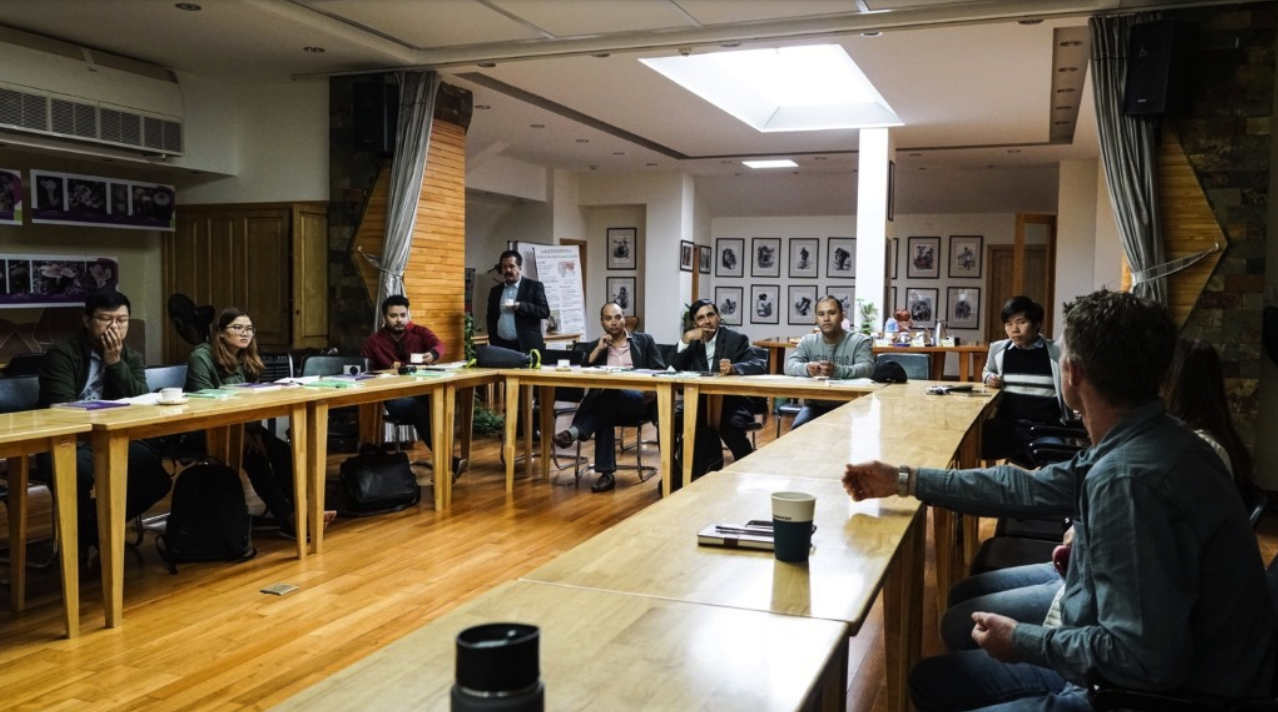 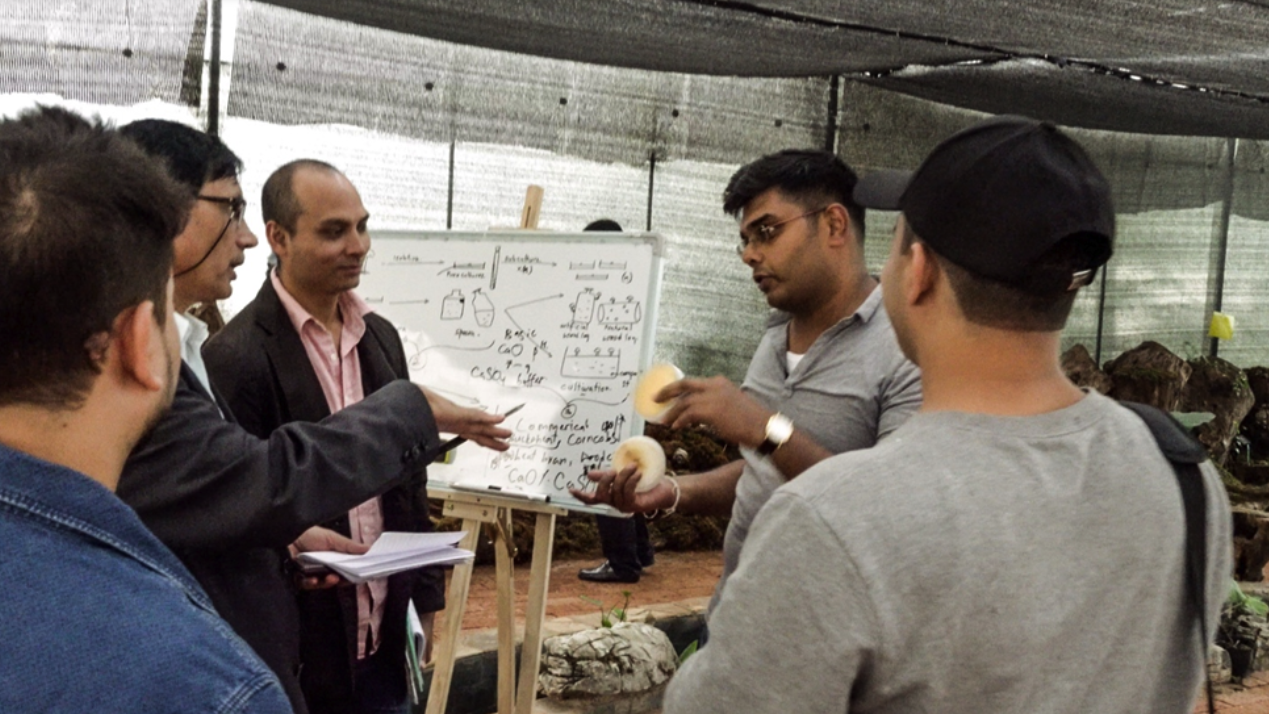 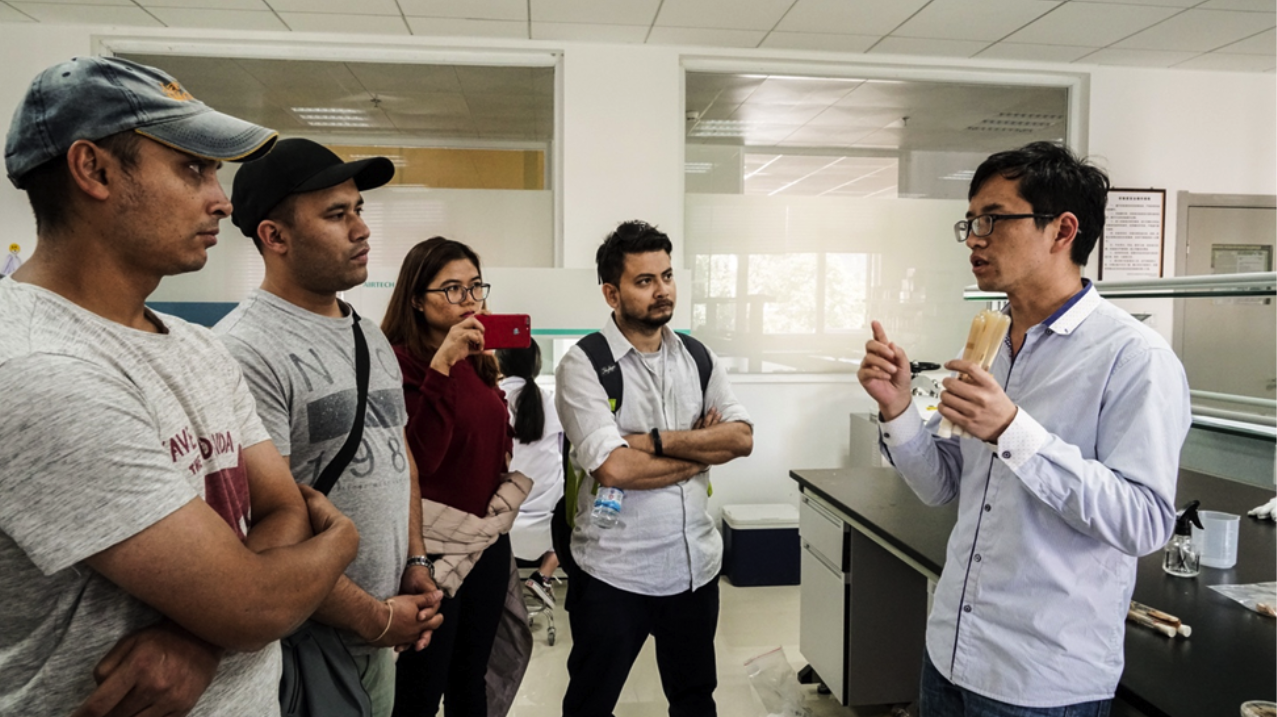