FAO-China South-South Cooperation Project in the Democratic Republic of the Congo
Supporting smallholder farmers to enhance their production, productivity and profitability through sustainable agriculture


While the Democratic Republic of the Congo has immense agricultural potential, its population of 90 million faces one of the most serious food and nutrition crises in the world. This is due to increased intercommunal conflicts, which in turn have triggered massive population displacement, infrastructure destruction, high food prices, loss of livelihoods, undiversified diets, pest infestations and health epidemics such as Ebola, cholera and measles. Since over 75 per cent of rural families rely on agriculture for their livelihoods, ensuring access to inputs and new technologies is essential for enhancing agricultural production and food security.


The objective of this FAO-China South-South cooperation project in the Democratic Republic of the Congo is to contribute to the implementation of the National Agricultural Investment Plan over a period of two years. The project gives direct support to the priority area of promoting the agriculture sectors and developing agribusiness in order to ensure sustainable food security for the populations and improve the income of farmers and other operators in the sector. More specific objectives of the project include: (a) strengthening national capacities in the development of rice cultivation, including production and multiplication of seeds; the development of the cultivation of soybeans, corn and vegetable crops; and the development of fish farming and short-cycle farming; and (b) selecting and disseminating different varieties of rice, soybeans and other legumes, and vegetable crops, and introducing suitable techniques and technologies for fish farming, rice cultivation and corn.

FAO was responsible for the overall management of the project, facilitating the coordination among all partners, providing procedural guidance, etc. The Government of China funded the project through the FAO-China South-South Cooperation Programme, while Chinese experts and cooperants conducted field training and demonstration sessions in the Democratic Republic of the Congo and provided hands-on guidance to local technicians and farmers. The Government of the Democratic Republic of the Congo assigned counterparts to work directly with the Chinese experts and cooperants and provided in-kind contributions to the project implementation. The project provided technical assistance for enhancing the agricultural production, productivity and profitability of nearly 2,260 households. Over a two-year period, 13 Chinese experts and technicians were deployed to the Democratic Republic of the Congo to provide technical assistance to local farmers in crop production, plant protection, horticulture, and livestock and aquaculture development as well as in the use of agricultural machinery. The project has helped households to meet their cereal and vegetable consumption needs, increase their net income and acquire new agricultural technologies. It also enhanced the efficiency of national extension services through the cross-country exchange of expertise.

The deployment of experts to local communities and the active involvement of beneficiaries brought tangible results in a number of areas. In terms of crop production, Chinese experts introduced practical technologies and carried out demonstrations of various crop production techniques, including rice, soybeans, millet, maize and vegetables. Local farmers also learned how to detect and prevent pests such as fall armyworms and aphids. As a result, rice yields increased between 133 and 466 per cent. The increase in millet yield also was substantial, with an average of 6.3 tons per hectare.

With regard to horticulture, Chinese technicians provided assistance to local farmers in soil loosening, land preparation, seedbed construction and seeding techniques. That resulted in a significant increase in the harvest of cabbage, tomatoes, peppers and onions. In the area of livestock production, local farmers adopted Chinese livestock breeding techniques and received technical training in systems for raising and managing rabbits, pigs, goats and broilers. In addition, the Veterinary Inspection and Quarantine Bureau of Haut Katanga was provided with veterinary medicine products for distribution to the poultry farms. With respect to aquaculture, during the project, hand-operated fish pellet feed machinery was introduced. Aquatic experts wove five cages of 24 cubic metres and 30 kilograms of fish fry were put into the cage for demonstration. Regarding other technologies, smallholder farmers also received training in post-harvest processing. By transforming maize into fodder and soybeans into milk, families were able to introduce new products to the market, thereby improving their monthly income. Furthermore, labour-saving production tools and equipment tailored to local conditions were introduced to local farmers.

This project effectively transferred agricultural knowledge and technologies at the local level and will further enhance food security at local and national levels, including through agricultural intensification and diversification throughout the Democratic Republic of the Congo. Achieving impact at scale will require a renewal of relevant partnerships and increased investments in local agriculture. Given adequate resources, the technologies and varieties introduced through the FAO-China South-South Cooperation Programme could be utilized on a larger scale, reaching more beneficiaries throughout the Democratic Republic of the Congo. 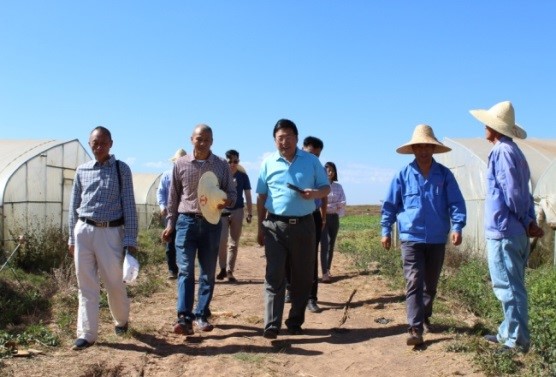 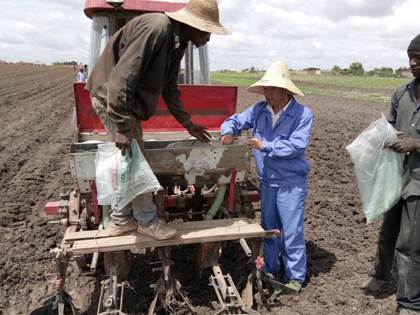