Over 75 per cent of the population of West and Central Africa is under the age of 35, with a significant concentration of the youth in rural areas.Nevertheless, many countries still suffer, from poor infrastructure and low levels of mechanization. In Senegal, agriculture and livestock occupy a large part of the active population, since they are subject to soil erosion, climatic variations and insecurity. Owing to the great biodiversity and the different types of crops and activities, the Government has sought to leverage this promising, although underdeveloped, sector in order to reduce unemployment, enable self-sufficiency and introduce rural producers to food exports.

Structured through a Brazil-Senegal international partnership, the ABC technical cooperation project Development of Integrated and Sustainable Agroecological Production (PAIS Project) was developed in 2012 when a bilateral agreement created the opportunity for a Brazilian mission of officials and experts to the African country with prospecting goals. As officially stated by ABC, the Integrated Sustainable Agroecological Production (PAIS) system assimilates simple agricultural production techniques based on models used by smallholders and teaches low-income families how to produce environmentally sustainable and profitable crops on their farms using locally available resources. The idea behind the project is the integrated farming of animals, vegetables and fruits with a cyclical   approach to production and its by-products as part of the food chain, the so-called “PAIS social technology”. With both a social and an environmental approach, PAIS social technology integrates simple techniques known to rural communities in a form that is in harmony with local precepts.

The PAIS Project had two phases and four areas of action (horticulture, fish farming, poultry and fruit growing) for the generation of food and surpluses, ultimately aiming at the goal of a polyculture-type farm. The first phase comprised the implementation of the “Mandala system” on local properties, which integrates vegetable farming and animal husbandry in concentric circles for a holistic and integrated approach. In the first phase of the project, 10 agrovillages were established, with the structural problems resulting from climate shocks and droughts creating the need to build pumps powered by solar energy for artesian wells. Between the two phases, the Senegalese, with the support of other countries, created an agrovillage with 10 producers, each responsible for 1 hectare. Each producer received an initial financial contribution and later a bank credit, which also generated the need for cooperatives for the purchase of inputs and machines at a lower cost. In the second phase of the project, technical assistance was given to the 10 initial properties and another 20 were subsequently created with training in rural economy, complemented by the internationally recognized certification of organic products to enable local producers to benefit from enhanced market access.

In terms of outcomes, several representatives were trained in Brazil and in Senegal to implement the project besides the smallholders through capacity-building in the assembling of energy systems, construction of water tanks, agroecological systems and PAIS farming. The solar-powered pumps and the artesian wells address the problem of extracting water and at present service the families and the different farming activities on the smallholding properties. With regard to vegetable farming, the production of eggplants, peppers, onions, tomatoes, cassava, watermelons, corn, okra, melons and sweet potatoes was quickly established; dual-purpose-breed laying and broiler chickens were also introduced. In each unit, 50 fruit tree seedlings (mango, citrus, banana, coconut, papaya and soursop) were planted and fish production with tilapia fry was introduced. Some smallholders also benefited from refurbishments, which resulted in improved living conditions. The Government wants to expand the PAIS system to the entire territory because, in addition to its direct results, young people have returned to the countryside, avoiding massive migration.

The main path for creating a South-South replica for this practice is through an intergovernmental, interministerial effort, one that can export the lessons used in the PAIS design to governmental agencies of other countries and unite private businesses with banking institutions to promote commercial practices and facilitate credit access. This can lead least developed African countries in every region, i.e., Burundi, Gabon, the Gambia, Malawi and Niger, to create their own vulnerable-area agendas, focusing on resilient agriculture and interconnected public-private efforts to create spillover effects on infrastructure, industry and social welfare. 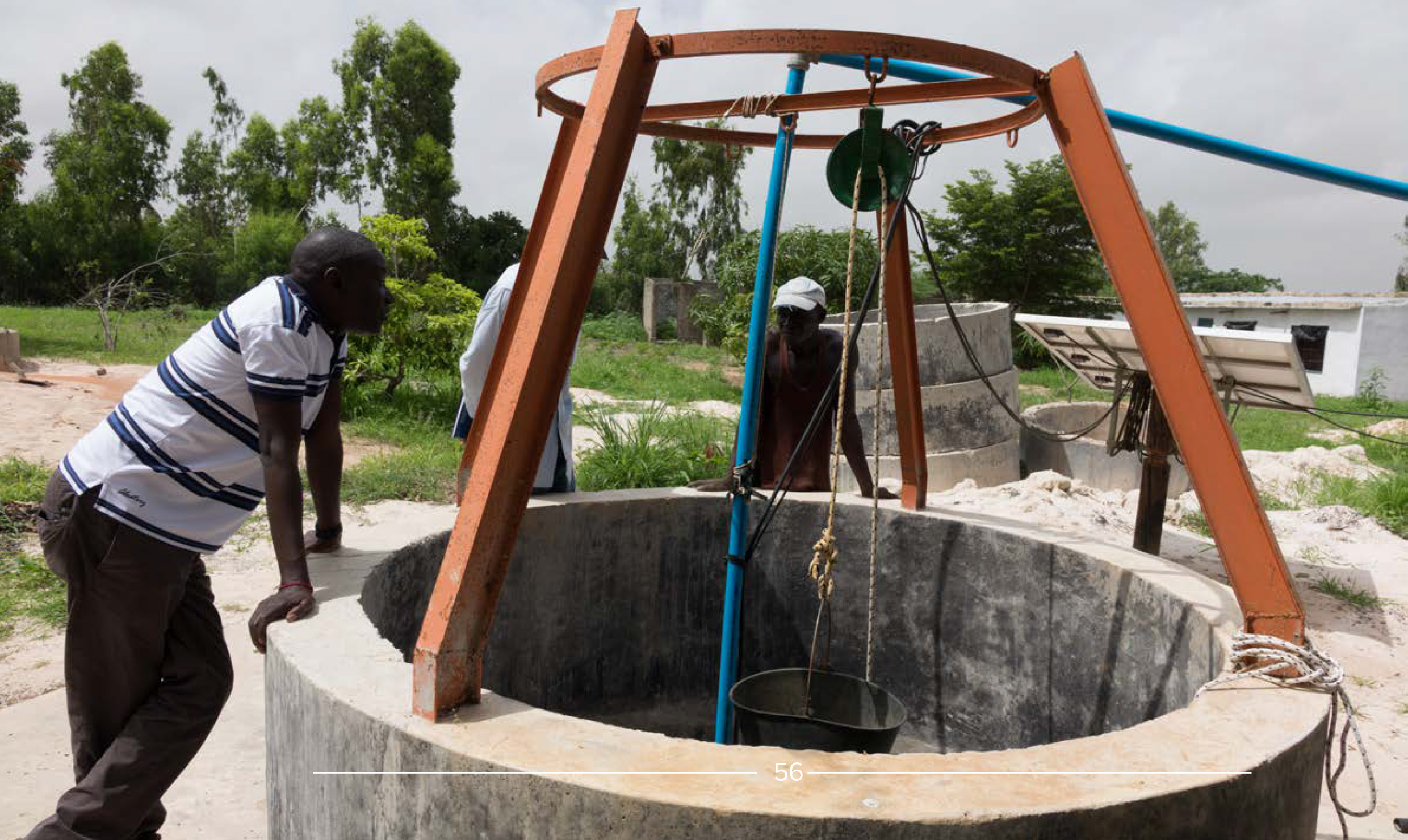