Brazil’s semiarid region has an immense population, which suffers from acute water shortages and structural scarcity for agricultural production due mainly to successive droughts. Over 22 million people from Northeastern Brazil live with irregular rainfall and little to no supply of water; child malnutrition, agricultural devastation and livestock losses are some of the main issues faced by such populations. Social inequality catalysed this problem, since only a part of the population could access water and used this condition as leverage for political and economic benefits.

The Government of Brazil, alongside local communities, developed the Cisterns Programme to install over one million water tanks and guarantee the supply of water for local populations, focusing on low-cost technologies. Initially aiming to tackle only the drinking water problem, the programme later evolved to become a more sophisticated programme that sought to collect water for productive use, agricultural irrigation, feeding animals, etc. The focus on Brazil’s Northeastern region, which is a semiarid region, is a priority area of the programme, aiming to structure family capacities so that they can coexist with the scarcity of rain characteristic of the climate of the region, using mainly the technology of plate cisterns, reservoirs that store rainwater for use during droughts.

The methodology of the Cisterns Programme is “social technology”, for it involves the use of a technological advancement with close governmental interaction with local communities, involving appropriate approaches and techniques. It has three steps: (a) “social mobilization” – the process of choosing the communities involved and mobilizing the families to be involved, carried out by the executing entity with the participants that represent the locality; (b) training – the phase of the project that characterizes the technologies implemented by the Cistern Programme as “social technologies”, with technical training using teaching materials that are produced with simple language and illustrations, favouring an easy understanding, and carried out valuing the existing community organization, with an appropriate pedagogical proposal aimed at popular education; and (c) implementation – the phase of the project that builds or implements the technology, with a workforce chosen preferably in the community itself, thus reducing costs, generating job opportunities and stimulating the local economy. Thus, the process of constructing and implementing technologies is carried out cooperatively, generating a feeling of belonging, which promotes greater sustainability of the installed equipment.

The goal of building over 1 million cisterns has already been achieved, complemented by the building of thousands of productive cisterns and school-based cisterns. Effects of recent droughts have been significantly mitigated, and fewer people are forced to leave their homes in search of more adequate areas; this has improved outputs of local farms, increasing food security across the region. Officially, “1.2 million cisterns were built between 2003 and 2016, benefiting 4.5 million people in the Semiarid. The 1 million goal was reached in 2014…The 16,000-litre domestic [“first water”] cisterns can supply a family of five with water for drinking, cooking and washing during a dry period of eight months, or even more. 200,000 productive [“second water”] tanks have also been built. These 52,000 litre cisterns have helped families advance from subsistence farming to producing a more diverse range of products…to supplement their diets and income”.[1] Also, in terms of well-being and gender equality, “For women, the policy is transformational. Cisterns are registered in the name of the female head of the household, giving them ownership, status and responsibility.”[2] Water collection at home means no more walking for miles to fetch water. Children can go to school and women’s time is free for other activities: community engagement, learning new skills, and growing food – including vegetables, native and medicinal plants, and keeping chickens and goats.

Brazil’s Cisterns Programme is a government strategy intrinsically related to other national programmes. This entails a long-term commitment to structural reforms, which in turn reveals the sustainability of such a programme in terms of political engagement and financial resources. With respect to replicability, as a low-cost and low-tech programme, it can be easily implemented in other countries and regions that struggle with aridness issues. The initiative directly involves only the Government of Brazil. Nonetheless, it serves as a successful example for water management programmes in many arid and semi-arid regions due to the outstanding scale of its implementation and its overarching impact. Recognized by the United Nations Convention to Combat Desertification and the World Future Council with the 2017 Future Policy Silver Award, the initiative was studied by FAO in order to be implemented through South-South cooperation as a mitigator of drought and rural-urban migration in Africa, Asia and South America. 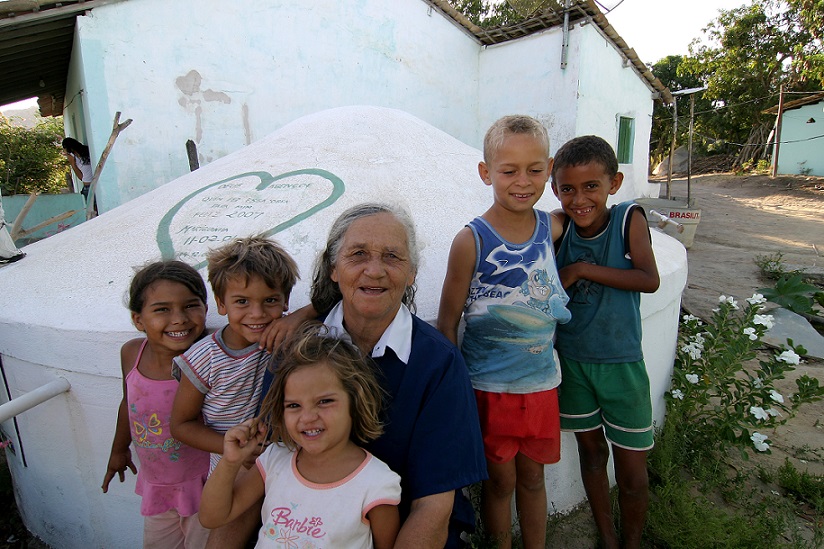 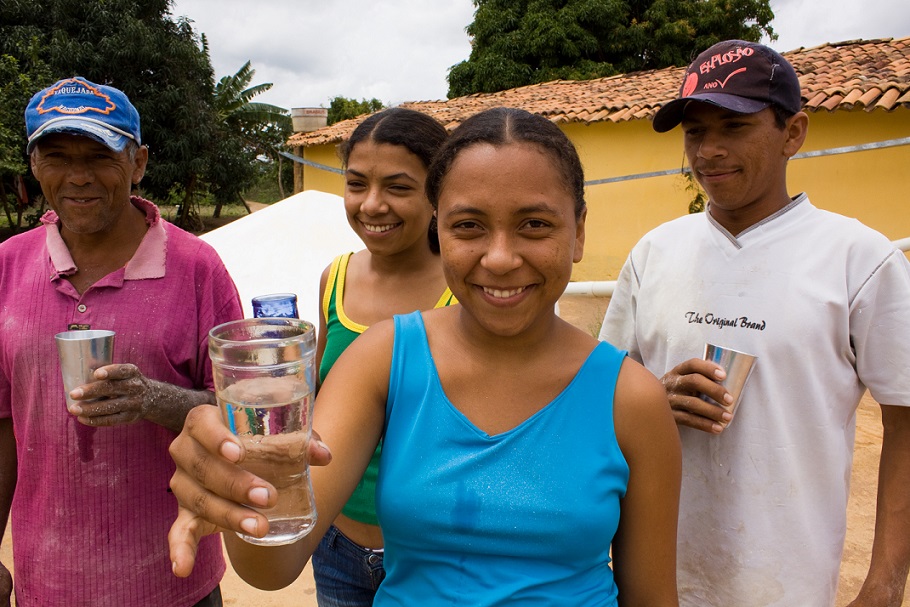