Landlocked and hilly, Rwanda is one of world’s least developed countries and one of Nile River headstream countries. It faces major social challenges such as a high poverty and unemployment rate, and major economic challenges, such as a weak industrial capacity, with over 95 percent of produce imported. In addition, it faces major ecological challenges with severe soil and water erosion, as well as a negative impact on countries downstream of the Nile River caused by a sharp decline in forest coverage from 75 percent before the 1994 genocide to 28 percent. Rwanda has rich bamboo resources but are untapped due to lack of technology.

The project’s objective is to develop the bamboo sector as a new green alternative agro-industry to address severe poverty, unemployment and ecological problems, considering its unique advantages such as its fast growth, strong renewal, short cycle and large biomass.

The following innovative approaches were used:

The Ministry of Commence of China (MOFCOM) and the Ministry of Lands and Forestry of Rwanda (MLF) were responsible for funding the project framework. CBRC and the Rwanda Water and Forestry Authority (RWFA) were authorized to implement the project with support from the Global South-South Development Centre; some non-governmental organizations (NGOs) in Rwanda have also joined.

Thirteen Chinese experts were deployed in Rwanda. Four sets of bamboo processing machines for toothpicks, curtains and furniture and for building concrete boards were imported from China; four large water-sprinkler systems were provided and all-year production green-house nurseries were established as bamboo propagation and production incubators (BPPIs) (2,000m2 for each nursery); four selected bamboo species were introduced; up to 400 ha of bamboo plantation were established along river banks and degraded areas for soil and water conservation, and for providing a raw timber supply for value-added processing. Additionally, a comprehensive high-value bamboo processing technology incubator (HBPI) was set up and produced over 100 kinds of products in four lines of bamboo furniture, weaving, curtains/blinds and toothpicks of low-, middle- and high-class quality for markets and daily life. Moreover, around 30 small bamboo firms were incubated, and employees received at least US$8 per day. The bamboo agro-industry of supply chain and value addition was created and sustained from scratch, with a total annual production value of around US$ 1 million, and over 2,000 jobs generated (around 80 percent women). In 2019, a Chinese private company invested US$5 million in bamboo concrete board production to replace its importation from China to Rwanda and other EAC countries due to its high construction market demands driven by the China Belt and Road Initiative.

The project is sustained and effectively operating. Both BPPI and HBPI effectively carry out research and development, pilot production, demonstration and training. Bamboo seedlings produced by BPPT are to supply national afforestation; bamboo products produced by HBPI are in good marketing, including export to some nearby EAC countries. Bamboo will be further produced into fuel charcoal to meet high market demands.

The project has been successfully duplicated in EAC countries such as Burundi, Kenya, Uganda, and the United Republic of Tanzania. It has made a major contribution to their rural de- velopment by exploring their rich bamboo resource, since the project technologies are easy to learn and simple to operate, require low input and provide fast returns. 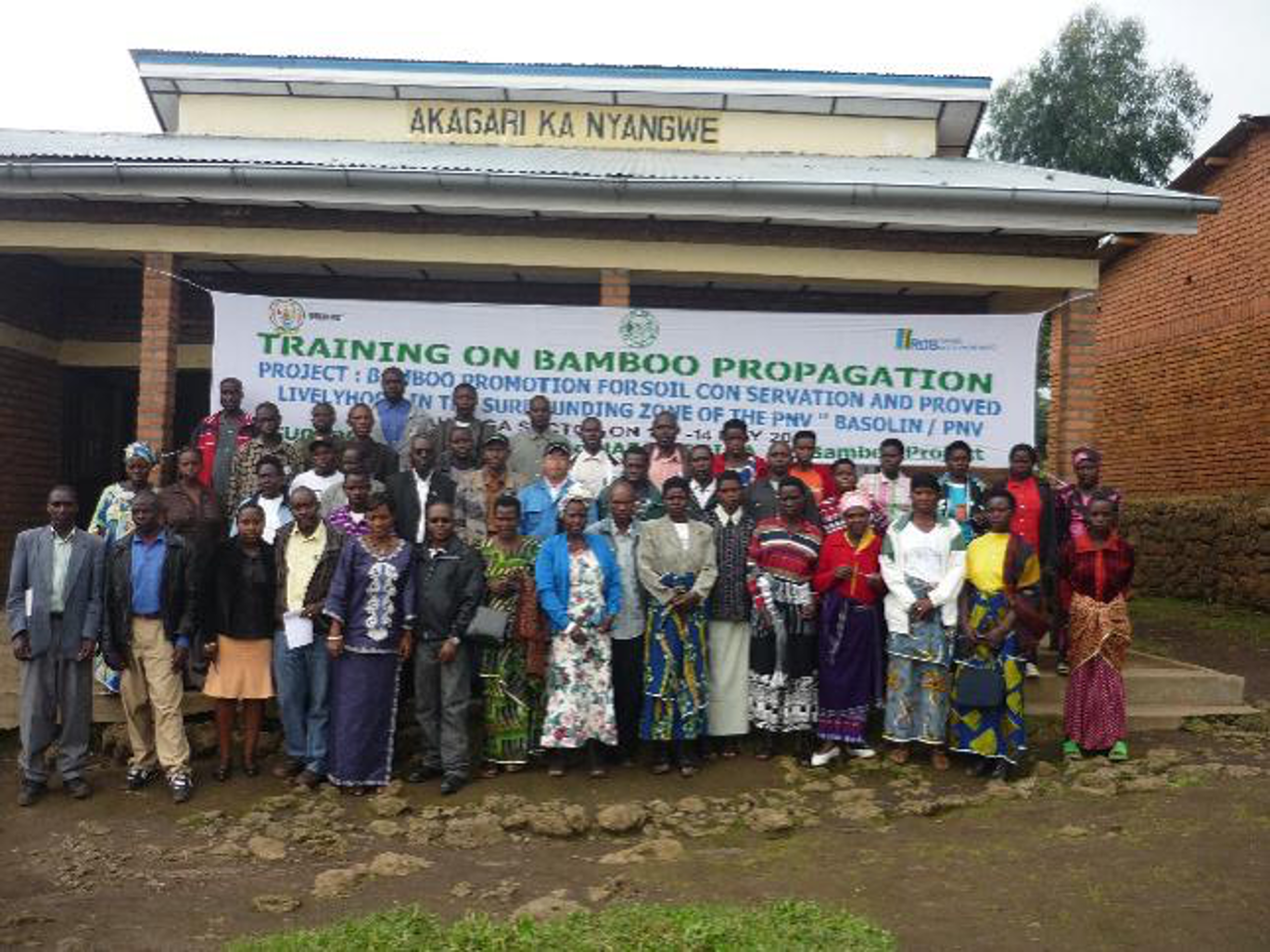 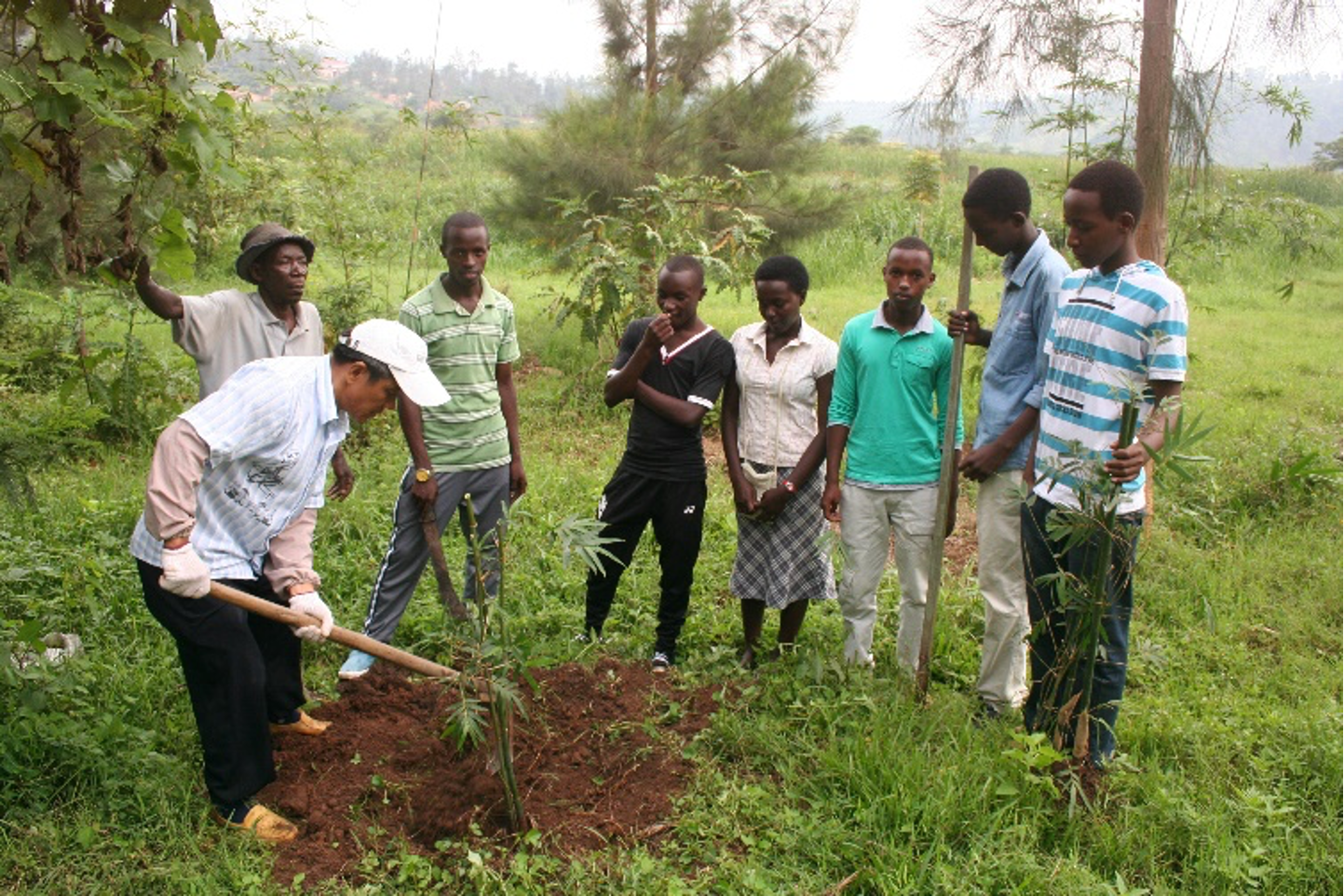 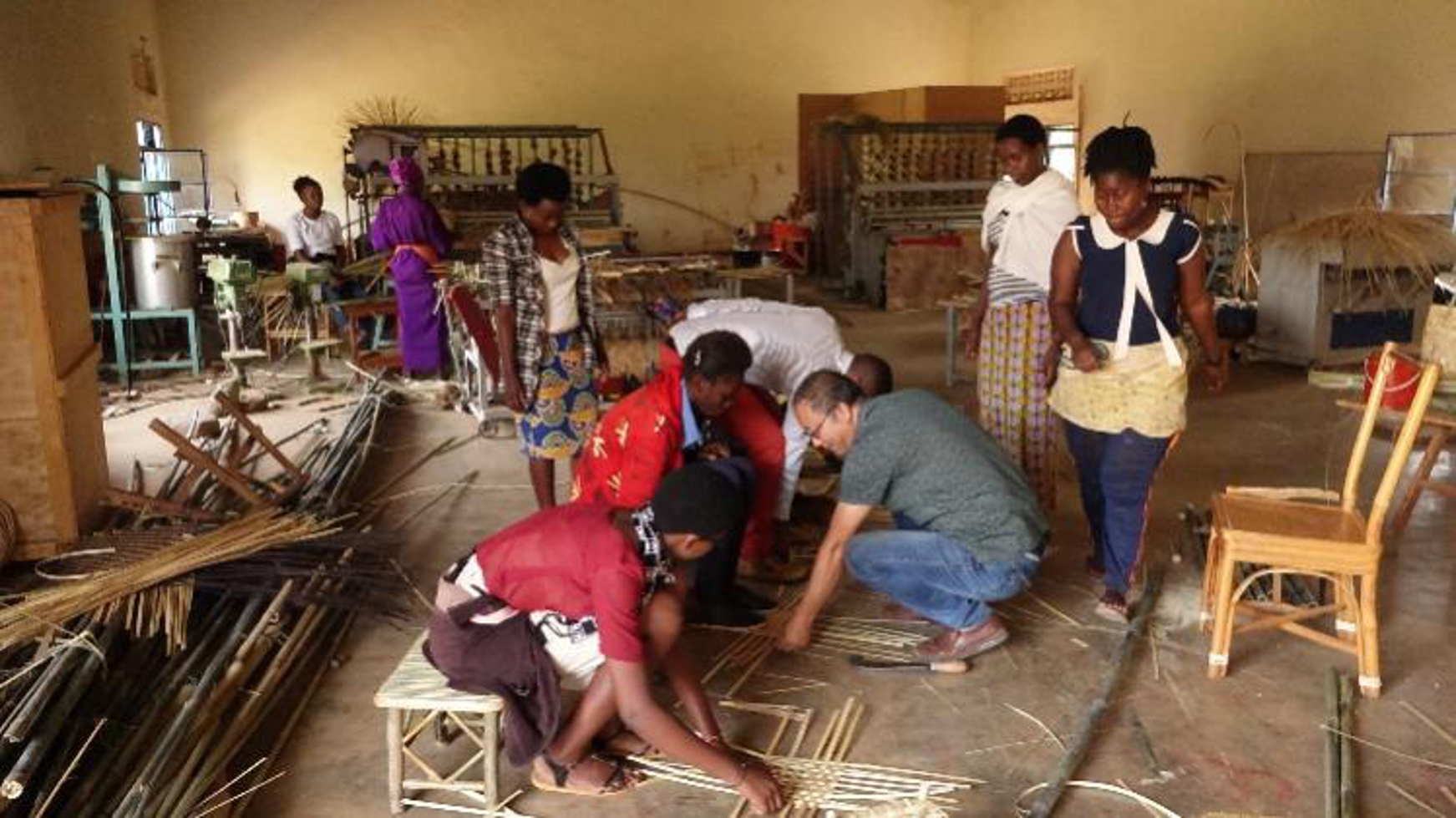 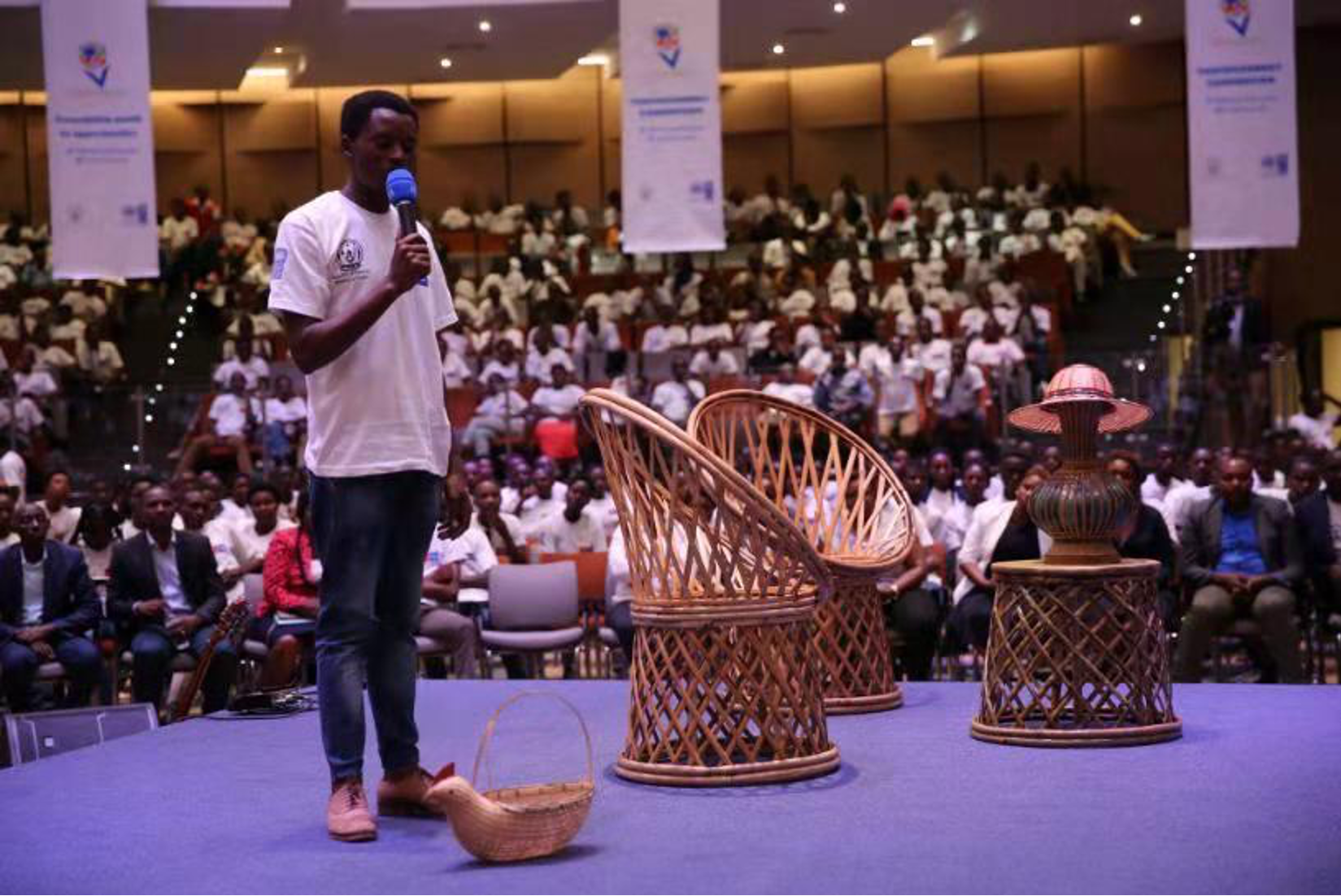 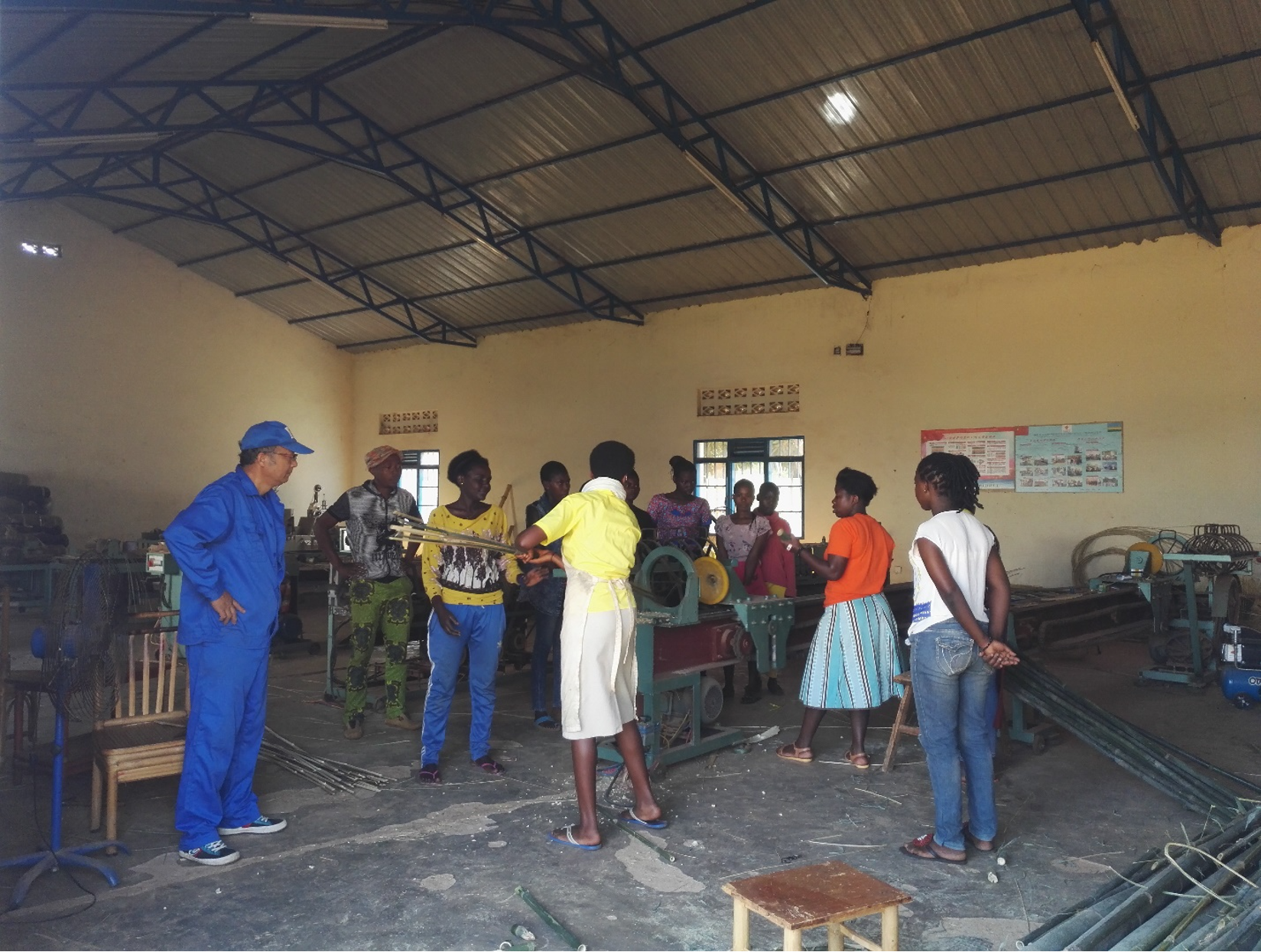 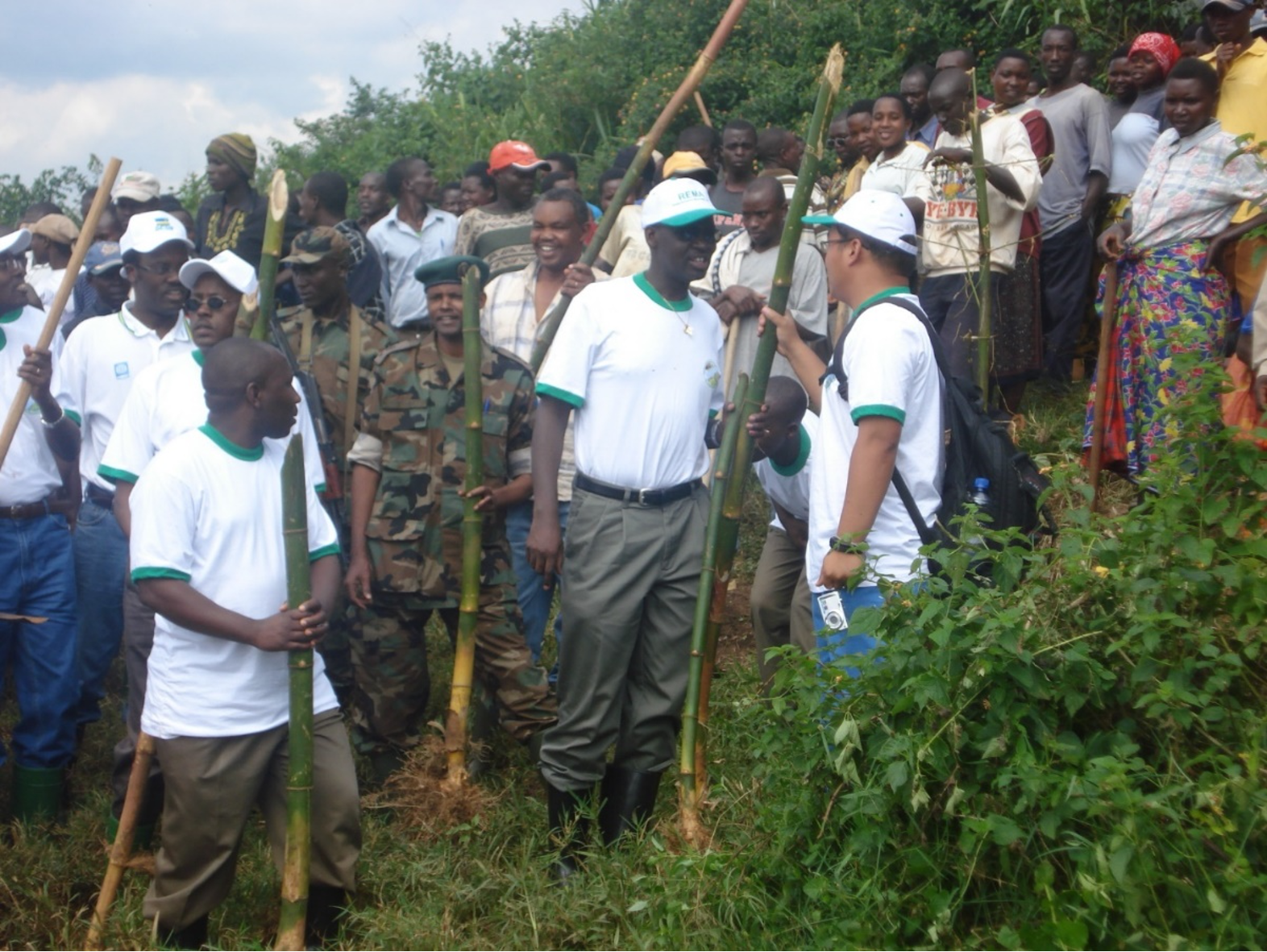