Fast economic progress and improved living conditions in developed countries, along with family planning, extended life expectancy at birth and low fertility have contributed to steady population ageing. This is considered by far the greatest achievement in human development. The same pattern at even greater pace is now observed in developing countries and countries in transition.  It is expected that on global level the number of persons over 60 will triple from 600 million to almost 2 billion by mid-century. The percentage of persons aged over 60 will double from 10% to 21% of the overall population.

With the number and proportion of older persons growing faster than any other age group, there are concerns about the capacities of societies to address the challenges related to sustainable human development. This increase in the number of older persons relative to the total population also implies that the number of younger people is decreasing, thus shrinking the proportion of working-age population and increasing the old-age support ratio. Governments fear that diminishing tax returns at country level could jeopardize provision of services especially health care and social welfare, as well as affect pensions.

Most countries in Eastern Europe and the Caucasus are ill prepared to face the challenges of ageing population, and also do not recognize the potentials that an ageing society can contribute to society. Public administration capacities remain limited and often, outdated systems and approaches constrain the adoption of advanced evidence-based policies and programmes for this age group. As a result, older persons remain living in dire conditions with small pensions and insufficient health care services and inadequate housing, especially in rural areas. Furthermore, mental health issues are becoming more and more widespread as a consequence of the lack of socialization of older persons, lack of inter-generational support and abandonment due to the trend of long-term out-migration of younger family members. Population ageing is putting economies of developed countries and those in transition, to a huge test.

The Healthy Ageing Centres developed in Bosnia and Herzegovina have proven to be a highly successful model to show how strong societal and cultural values can support older persons. Several countries in Eastern Europe and the Caucasus have expressed interest to learn more about the operational modality of such Healthy Ageing Centres.  A network of these centres has emerged through direct exchange of experiences and lessons learned between and among these countries.

The methodology for establishing Healthy Ageing Centres was first developed by the NGO “Partnership for Public Health” in Bosnia and Herzegovina in 2009. Ever since, the initiative has gained high interest among municipal authorities resulting in the opening of a network of 12 such centres across the country. The methodology is innovative as it builds capacities of older persons for social engagement, voluntarism and active/healthy ageing at very low costs. On the assumption that physical premises are available and could be easily equipped, the monthly operating costs of each centre per older person is approximately 4 EUR or only 1% of the average salary in the country. The operating costs for these centres per each participating older person are lower than a single medicine used for treatment of any chronical illnesses.

The methodology for establishing the network of Healthy Ageing Centres is very simple and requires only initial capacity building in the management of these centres. The consecutive work is largely based on voluntarism and requires little investment with a lot of added value to the community and society at large.

It is evident that this network also aims to promote the physical and mental health of older persons. As their illnesses are often associated with loneliness, providing them with opportunities to be active and to voluntarily engage in community development initiatives can have positive impact. Inter-generational support during this stage of life is also an important consideration and can help them cope with the realities of growing old.

The initiative has been successful for many reasons. First, it is tapping on the fact that older persons have capacities that can be nurtured for their own self-development, health and well-being. Second, this active participation in the society brings dual benefit - to society in general and to the individual in particular.  Third, the initiative also promotes gender equality as the centres tries to address the needs of all older people, and provide opportunities for men and women alike. In the past, community associations and groups were mostly composed of and led by men. Moreover, these centres give older persons a chance to learn about and use modern technologies that enable them to communicate with their family and friends. It is common for these older people to have children and grandchildren who are residing in other countries. In this age and time, this additional skill to use computers, phones, and social media is a valuable life skill. Access to communication becomes critical also especially during emergencies, or during this time of the Covid-19 global crisis, when older persons are highly advised to stay at home. This allows them to stay connected, while being safe at home.

UNFPA CO in Bosnia and Herzegovina continues to collaborate closely with the NGO “Partnership for Public Health” in their policy and advocacy work in the country. As a result, the network of Healthy Ageing Centres has expanded from its initial group to another 11 locations in the country over a period of 11 years, some of them with UNFPA support. Many more local communities have expressed interest to open such centres in their areas. At the Ministerial Conference on Ageing in Lisbon in 2017, upon hearing about the concept and experience of BiH, delegations from the region showed high interest in replicating the initiative in their respective countries.

In 2018, initial transfer of knowledge and experiences has been organized in cooperation with the Government of North Macedonia. Similarly, in 2019, a workshop on healthy ageing was organized in cooperation with UNFPA Regional Office for Eastern Europe and Central Asia (EECA RO) and the UNFPA Country Office (CO) in Georgia for various partners in nine countries of Eastern Europe and the Caucasus. Already, the UNFPA Georgia CO has supported the opening of the first centre with additional plans to establish a full network of such centres in the country. With UNFPA support, the network continues to grow and prosper in support of older persons. 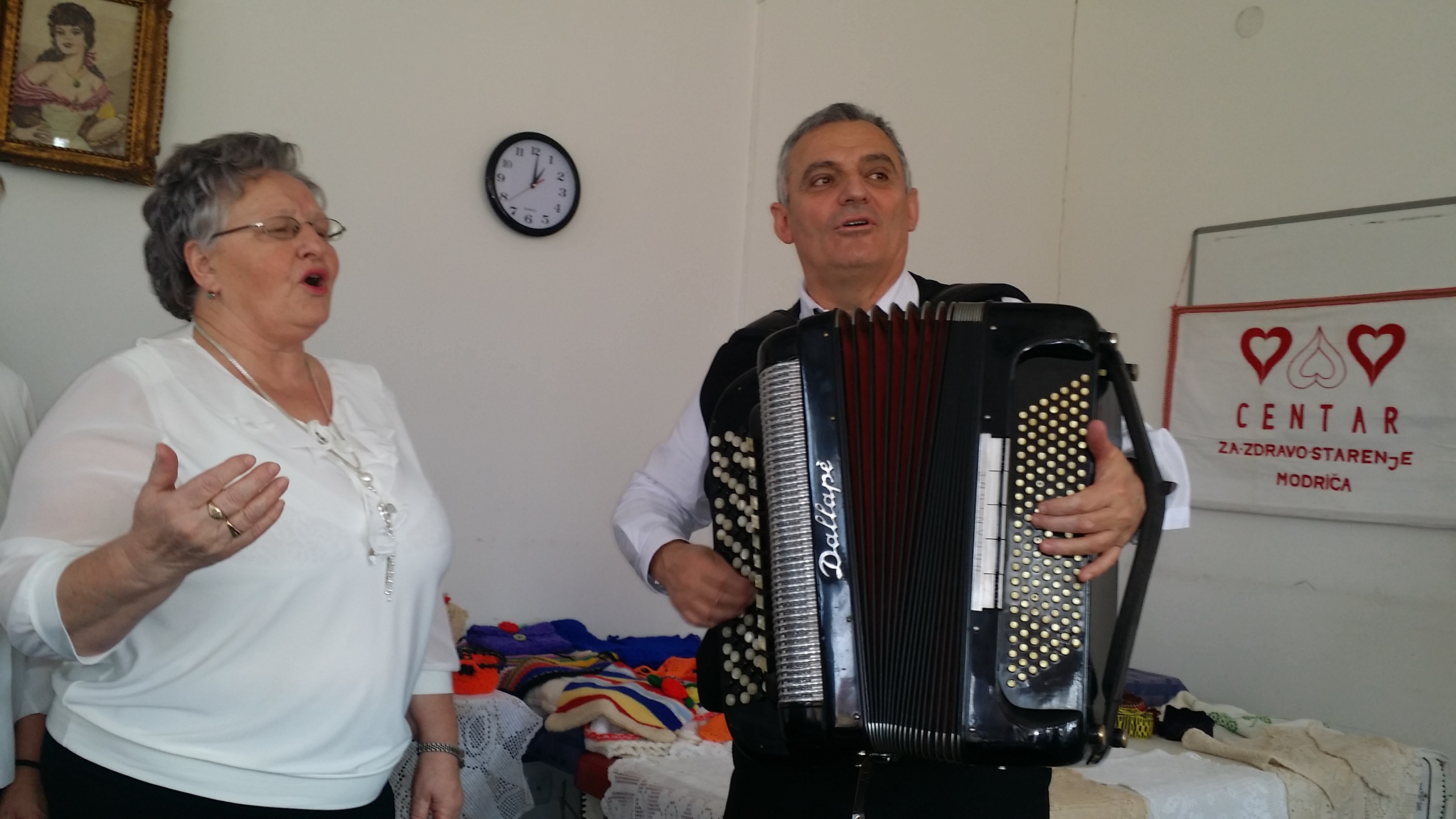 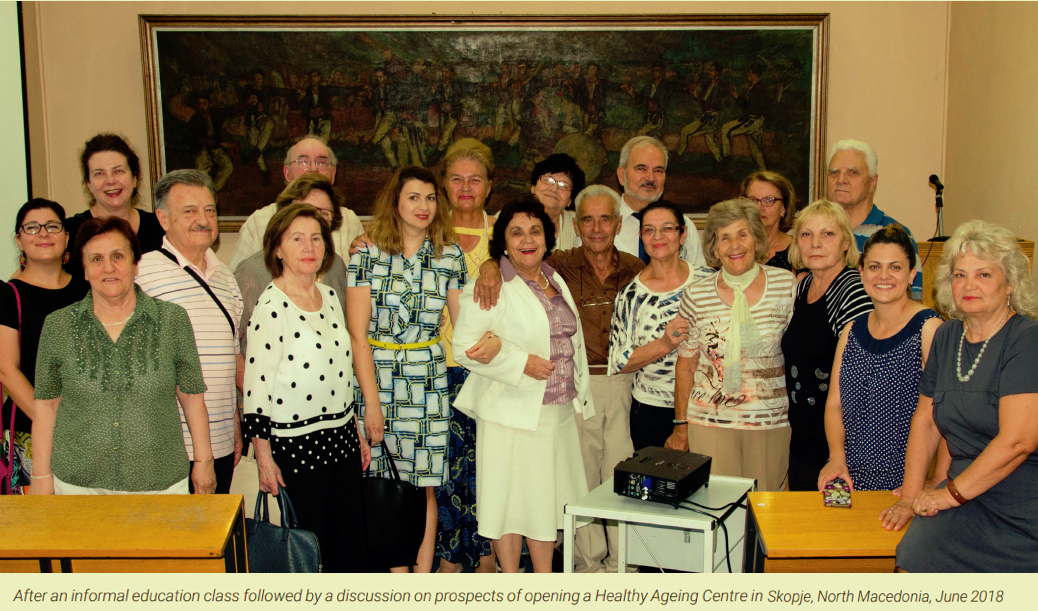 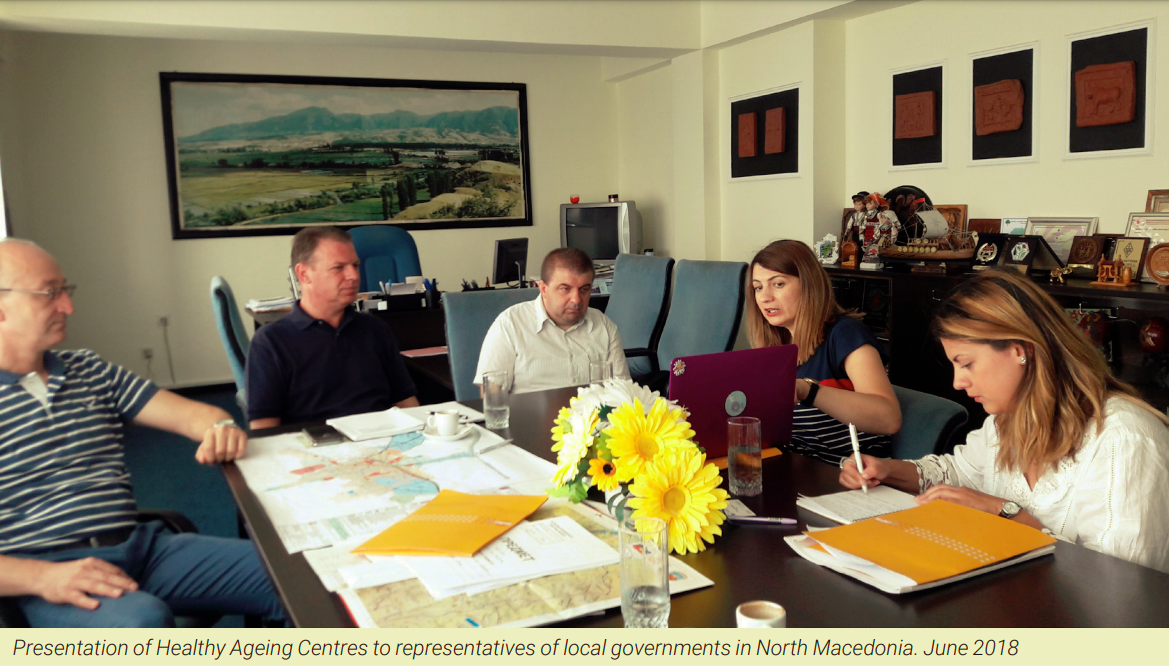