A number of challenges constrain South-South trade and investment, including the limited productive and operational capacities of firms, asymmetries in information and perception, low access to finance, weak institutional support and a lack of capital. In East Africa, although many Governments have prioritized economic development, they are still dependent on primary sectors, which require trade and investment for added value.

In recent years, India has made efforts to strengthen trade and investment linkages with East Africa. In 2008, India introduced its Duty-Free Tariff Preference Scheme for Least Developed Countries. However, data indicate that trade with the subcontinent has been concentrated in a limited number of sectors and countries. According to the Export-Import Bank of India, 75 percent of exports from Africa to India are in natural resources and primary commodities. East African small- and medium-sized enterprises (SMEs) often require extra support to understand and access international trade and investment opportunities. They would also benefit from the knowledge and technology available in markets like India, which have followed a similar development path. Indian businesses are subject to information and perception asymmetries that impede their ability to forge partnerships with East African counterparts’.

The ‘Supporting Indian Trade and Investment for Africa’ (SITA) initiative, implemented by the International Trade Centre (ITC), builds trade and investment linkages between India and five countries in East Africa, namely Ethiopia, Kenya, Rwanda, Uganda and the United Republic of Tanzania. The ultimate objective of the initiative is to achieve Sustainable Development Goal (SDG) 1, on poverty, SDG 2, on hunger, SDG 5, on gender equality, SDG 8, on decent work and economic growth and SDG 17, on partnerships for the Goals. SITA aims to improve the competitiveness of select value chains in agribusiness and light manufacturing in East Africa through partnerships with institutions and businesses from India. The initiative has facilitated the systemic, cross-country transfer of good practices and knowledge in a variety of sectors.

The methodology underpinning the SITA initiative has been fully analysed in a joint publication by ITC and the Institute for Development Studies, Designing for Impact: South-South Trade and Investment, which was published in July 2020 SITA is a targeted programme that combines exposure to international markets with skill development and employment impact, targeting SMEs and businesses owned by women and youth. The programme incorporates the potential for additionality and demonstration effects with a minimum commitment from companies to comply with social and environmental standards. Furthermore, SITA was designed as a series of pilots that have allowed for incremental work, thereby demonstrating the feasibility and potential for scale-up. Southern approaches require gradual testing before scaling up to ensure buy-in and proper methods for localization. Actions under the initiative are monitored using a three-dimensional approach that includes tailored communication and institutional strengthening. Finally, a participatory and inclusive approach ensures national ownership and sustainability of South-South initiatives. Below are two examples of the programme’s achievements, adapted from the publication, Designing for Impact: South-South Trade and Investment.

SITA has developed linkages between the Indian and Rwandan agricultural sector, particularly in the cultivation of spices. Through feasibility studies, it was established that the geographic and climatic conditions of Rwanda were suitable for cultivating hybrid chilies. While India is a major cultivator of spices, including chillies, high demand in India encouraged companies to establish alternative locations for sourcing and production. SITA presented its feasibility study on spice production in Rwanda to various stakeholders including Indian companies, the Government of Rwanda and local farmers. Farmers were then identified, and support was provided to grow different hybrid chilli varieties in various provinces. The farmers were provided with the seeds, a package of practice and formal training by Indian agronomic experts in Rwanda and India. In addition, Indian buyers agreed to purchase the entire harvest for the current season, given that quality requirements were met. They also agreed to support export logistics to India. The buy-back arrangements help protect smallholders against any risk.

As a result of this project, the number of Indian buyers increased from one in 2016 to five in 2020, leading to a corresponding increase in production from 4 ha in 2016 to almost 200 ha in 2020. In 2018, Rwanda began exporting the first hybrid chilies to India. The introduction of hybrid chillies in Rwanda is an example of an innovative practice that contributed to diversifying the country’s agricultural sector and doubling income for farmers.

Since 2015, SITA has supported Indian companies in and benefit from new market and investment opportunities in East Africa’s textile and apparel sector. SITA undertook awareness-raising campaigns in major textile clusters across India to promote East Africa to potential investors through the sector’s associations. SITA facilitated exposure missions to East Africa for those businesses that had voiced an interest in exploring the region. It also provided tailored support to help build trust through regular and open communication. In Ethiopia and Kenya, a value chain road map for the textile and clothing sector was developed. In Kenya, a private sector apex body was created to implement the road map. Through the apex body, the Indian Skills Development Council carried out a skills gap assessment in the Kenyan garment sector, which led to the creation of a new curriculum and training programme. This is an example of a sustainable and replicable intervention. These activities not only strengthened institutional capacity and sector coordination in Kenya, they also led two Indian companies to establish garmenting units in Mekelle Industrial Park in Ethiopia. These investments have created about 1,700 jobs to date, over 90 percent of which are held by women.

Under SITA, over 2,500 jobs were created as a result of direct and indirect support provided to stakeholders. These include jobs created by the investments of two Indian textile firms in Ethiopia and the first investment in leather shoes in Uganda by an Indian SME. Between 2015 and 2020, SITA has generated over US$58 million of investment value and $52 million in trade deals between India and East Africa, as well as with third markets. South-South trade and investment projects like SITA can be replicated in other regions provided there is a good rationale. Projects should take into account drivers for economic partnerships between source and recipient countries, possible challenges, the potential for South-South investment, government commitments to trade and investment with Southern partners and whether there is a basis for mutuality. 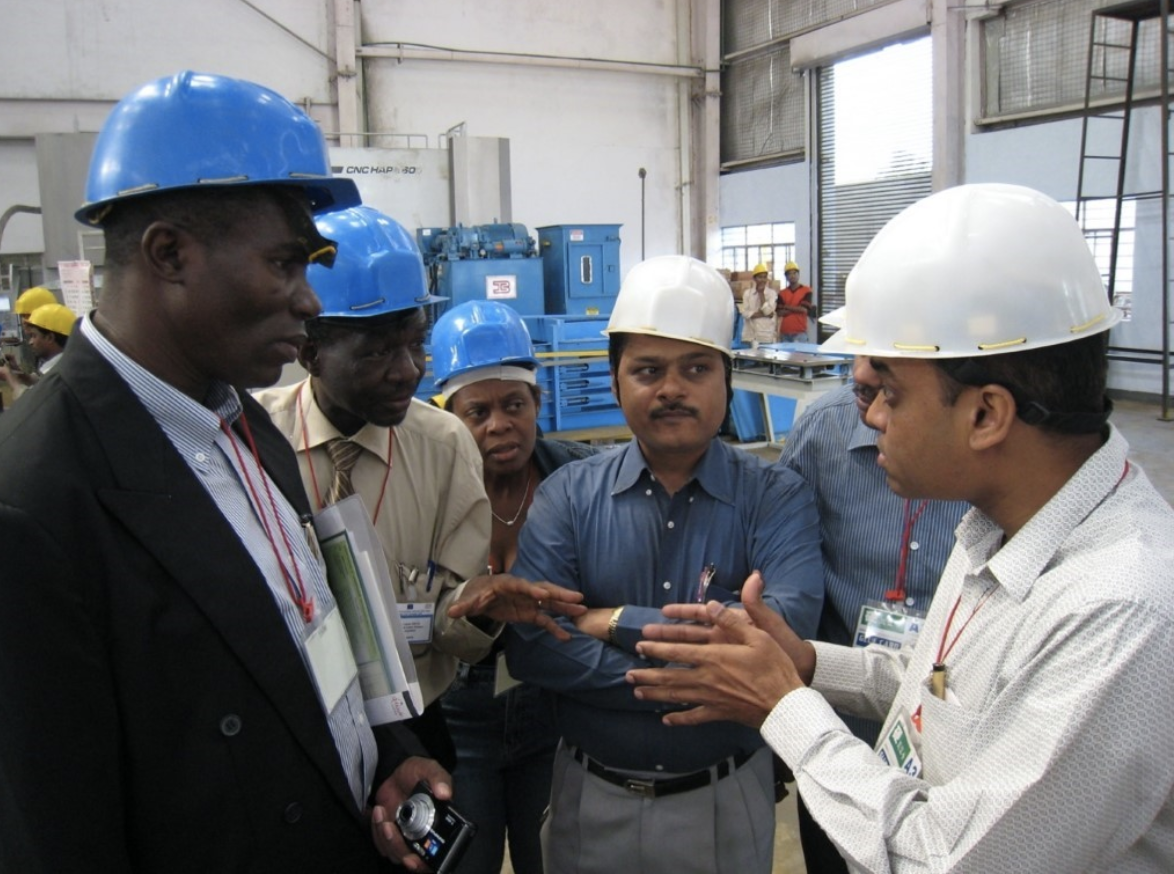 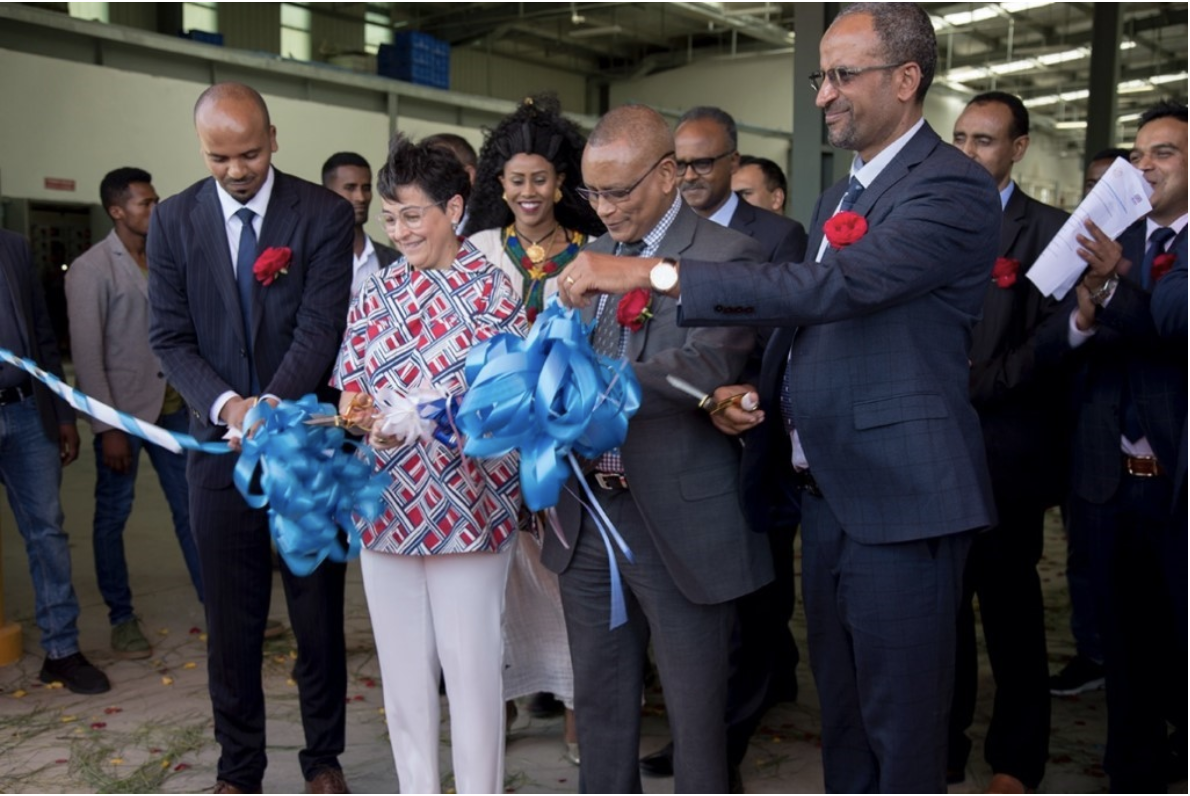 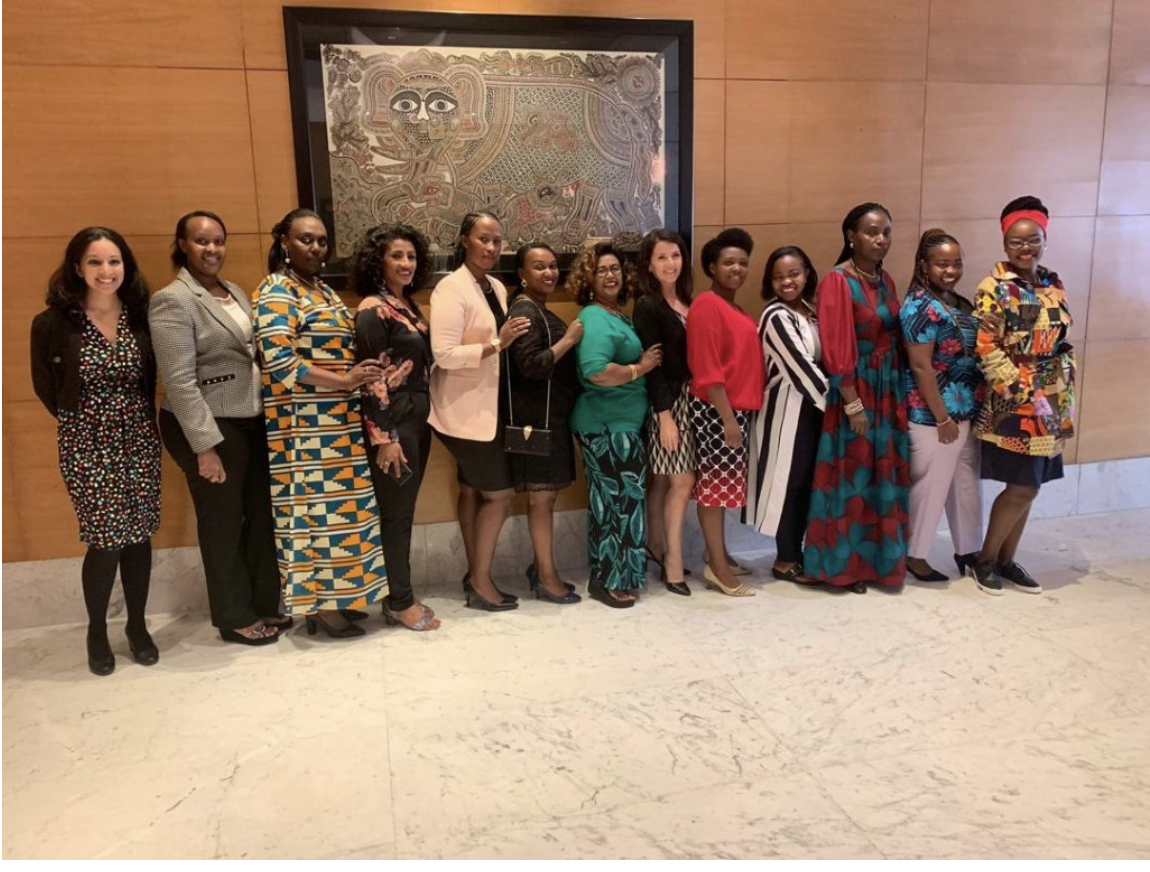 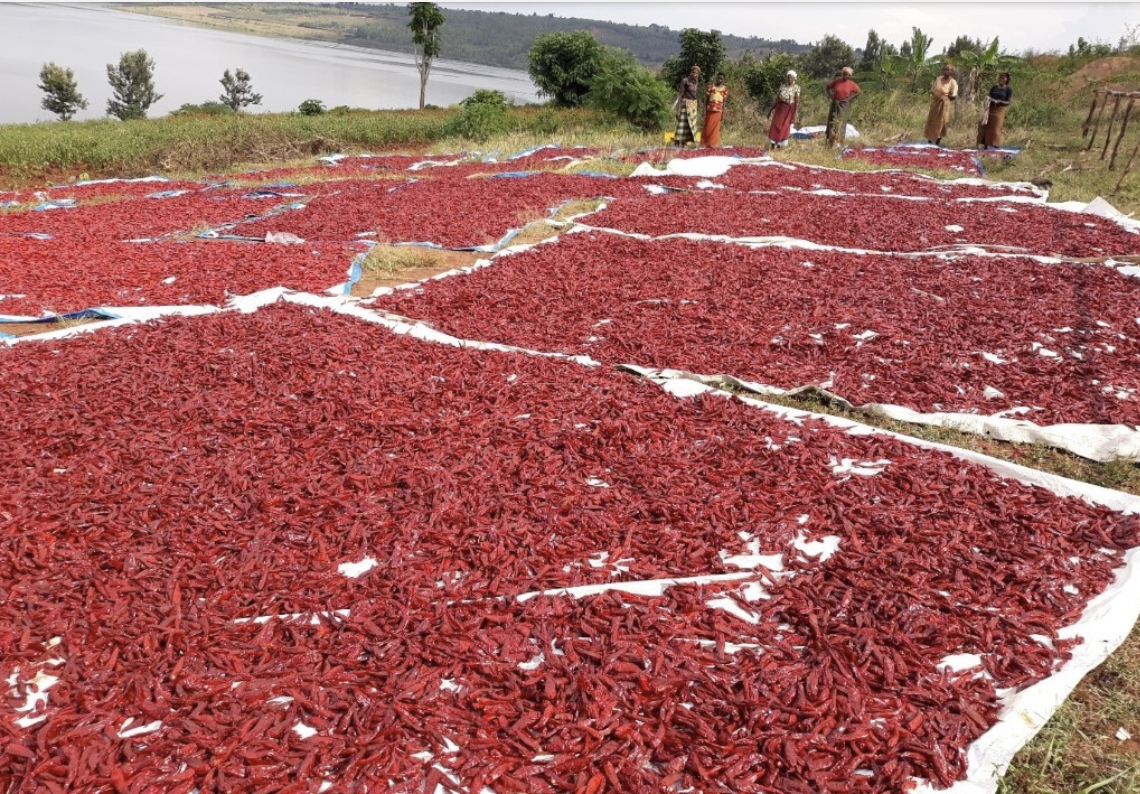 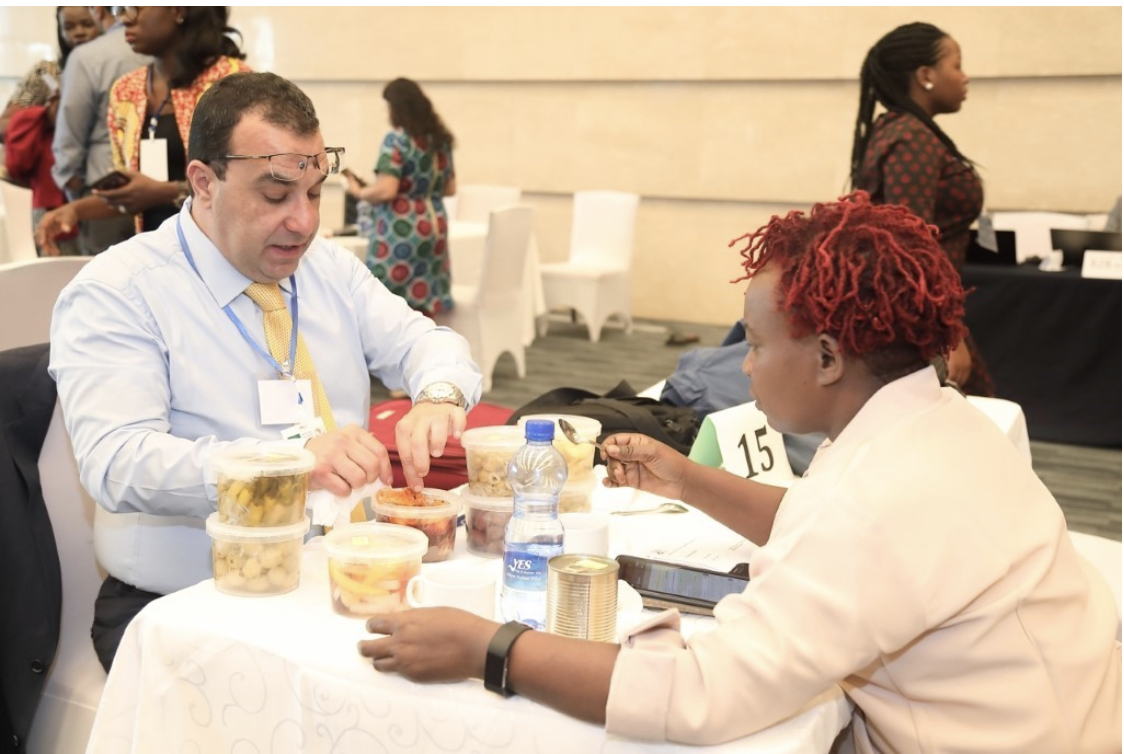