As the Small Island Developing States (SIDS) in the Pacific face sea-level rise and other consequences of climate change, the islands, atolls and the cultural capital of the islanders are at risk of getting lost. The Pacific region has a wealth of intangible cultural heritage that makes critical contributions to the achievement of the 2030 Agenda. The value of this intangible cultural heritage is recognized in the Small Island Developing States Accelerated Modalities of Action (SAMOA) Pathway.

Although the UNESCO Convention for the Safeguarding of the Intangible Cultural Heritage (2003) is currently ratified by 13 SIDS of the Pacific, institutional capacity strengthening is needed for its safeguarding. This capacity is essential for the countries to benefit from traditional skills, knowledge and practices that can address development needs.

The UNESCO Office for the Pacific States has been acting as a bridge to cover gaps and to support collaboration in a context-specific manner resulting in increased safeguarding and understanding of intangible cultural heritage. UNESCO is working with many institutions in the wider Asia-Pacific region is spearheading actions to enhance institutional capacities and facilitate exchanges and sharing of expertise to safeguard intangible cultural heritage.

The reality of the pending loss of cultural capital has prompted 13 SIDS in the Pacific to ratify the UNESCO Convention for the Safeguarding of the Intangible Cultural Heritage. These states have requested assistance from UNESCO to help build their capacities and resources for safeguarding their intangible cultural heritage. In response, and in recognition of Article 80 of the SIDS Accelerated Modalities of Action (SAMOA) Pathway which underscores the deep connections among people, culture, knowledge and the natural environment in SIDS, UNESCO embarked on specific partnerships and activities that can meaningfully contribute to development in this area for the member states.

To this end, the UNESCO Office for the Pacific States established a partnership with specialized institutions in the Republic of Korea and the People's Republic of China to support the capacity strengthening of the institutions in the Pacific for safeguarding and promotion of intangible cultural heritage. UNESCO facilitated joint prioritization of work plans by national institutions responsible for culture policies, the International Training Centre for Intangible Cultural Heritage in the Asia-Pacific Region (CRIHAP) under the auspices of UNESCO and the International Information and Networking Centre for Intangible Cultural Heritage in the Asia-Pacific Region (ICHCAP) under the auspices of UNESCO. CRIHAP is a specialized institution in China focused on building national capacities for meeting the requirements of the Convention for the Safeguarding of the Intangible Cultural Heritage (2003). ICHCAP is a specialized institution in the Republic of Korea supporting the use of digital information technologies for effective sharing of information and cultural data, networking among practitioners and raising public awareness about cultural assets, domains of knowledge and practices. The specific strengths of these two institutions are capitalized upon to develop targeted capacity-building activities to safeguard intangible cultural heritage expressions or manifestations whose viability is threatened. Since intangible cultural heritage is transmitted by custodians, who may be communities, groups or individuals, the activities take place with custodian participation. The custodians are equipped with the required skills and mechanisms to ensure that these practices, representations, expressions, knowledge and know-how are transmitted from generation to generation.

The collaboration with CRIHAP has resulted in a series of international training sessions to strengthen the understanding of intangible cultural heritage and its safeguarding across SIDS in the Pacific. Informed by context-specific challenges, the training combines knowledge around the convention with local knowledge of climate change and natural disasters such as volcanic eruptions in Vanuatu. The process has been mutually beneficial as the participating countries improve their capacities to meet the requirements of the UNESCO Convention, while CRIHAP gains knowledge about climate and environmental factors affecting safeguarding in these countries.

The collaboration with ICHCAP supports the participating countries to become part of the information management and sharing system in the Asia-Pacific region. It helps the national institutions to become active in cooperative networks of NGOs, research institutes and government organizations and to be able to contribute to public awareness-raising nationally, regionally and internationally. Simultaneously, the participants from the Pacific contribute to knowledge building and dissemination of the work of ICHCAP, in particular, helping them improve inventory and community involvement processes.

This multi-state collaboration has facilitated mutual learning and sharing of experiences among SIDS and, through the well-organized train- ingbyCRIHAPandICHCAP,has resulted in an improved awareness of the UNESCO Convention, greater community participation, increased use of digital and print media for public awareness and long-lasting relationships that can further reinforce capacities.

This sub-regional approach promoting South-South cooperation was positively evaluated at a CRIHAP/UNESCO regional training session held in Hangzhou, China, in June 2018. Efforts are taking place to support interregional arrangements by promoting exchanges between the Pacific and the Caribbean regions. This process was initiated in 2018 by bring- ing together master trainers from Curaçao and Fiji. It is hoped that ex- changes with the Caribbean will support effective implementation of the Convention and safeguarding of inherited heritage in a way that is contemporary and useful for future generations. 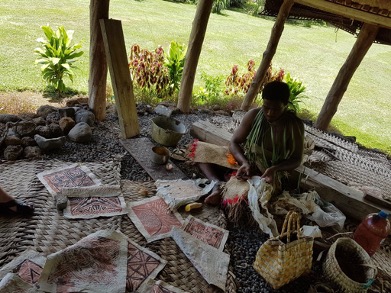 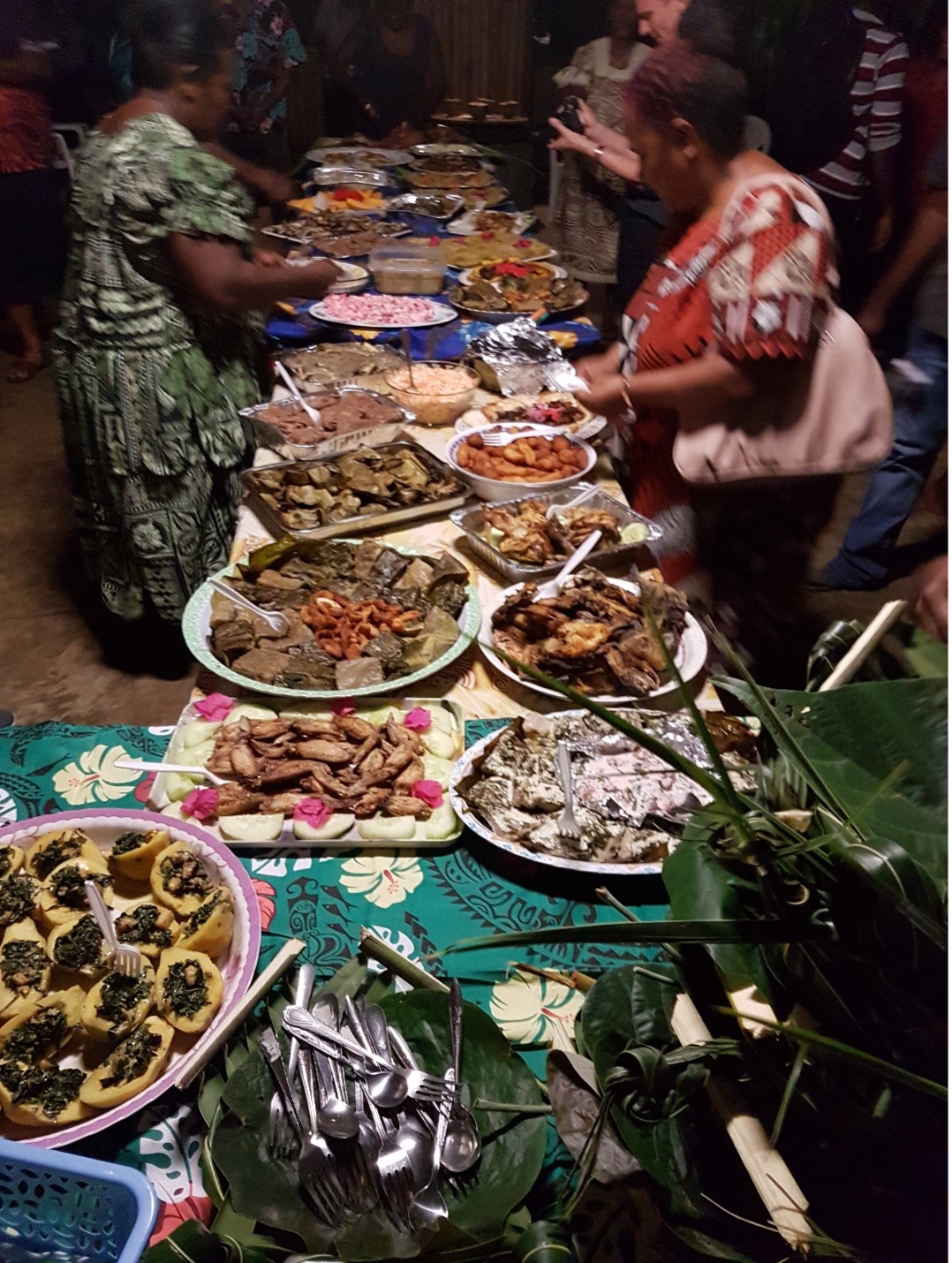 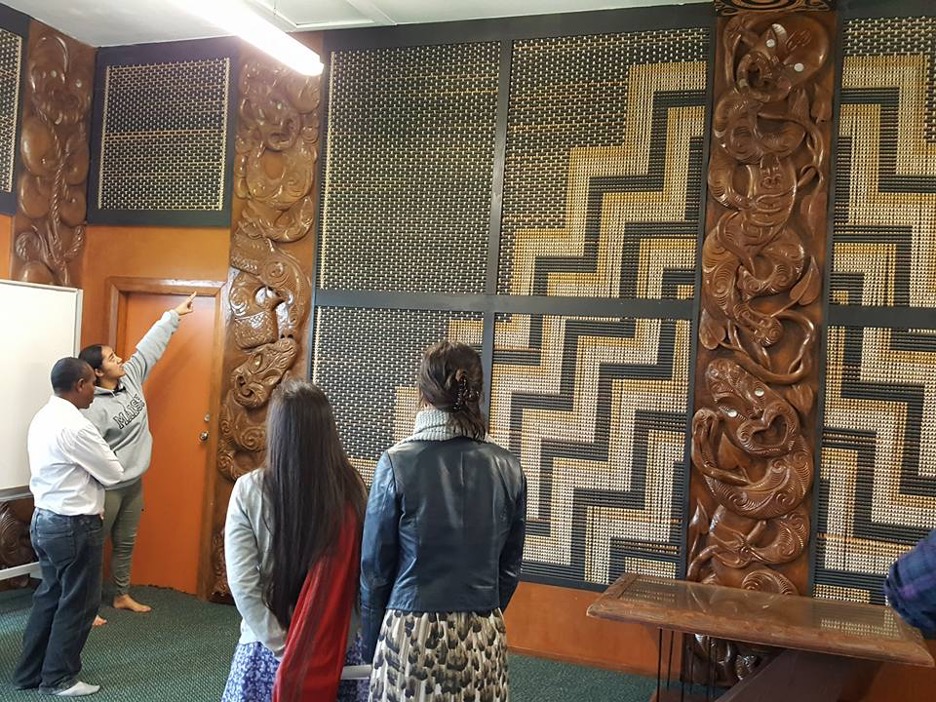