Knowledge and Technology Transfer for the 2020 Census Round in East and Southern Africa
Facilitating cooperation on the census with Botswana, Eswatini, Kenya, Malawi, Mauritius, Namibia, Seychelles, Uganda, United Republic of Tanzania, Zambia and Zimbabwe

The countries covered by the United Nations Population Fund’s East and Southern Africa Regional Office (UNFPA ESARO), which include Botswana, Burundi, Eswatini, Ethiopia, Lesotho, Madagascar, Malawi, Mauritius, Namibia, Rwanda, Seychelles, South Africa, South Sudan, Uganda, the United Republic of Tanzania, Zambia and Zimbabwe, are at different stages of socio-economic development. This is reflected in the capacity of their national statistical offices (NSOs) to conduct the 2020 round of population and housing censuses. While some of the countries have strong statistical systems and capacity that can be leveraged for conducting a digital census, others have limited technical capacity and resources for acquiring the necessary digital technologies. Moreover, the presence and technical staffing levels of UNFPA are sometimes limited, particularly in the upper-middle income countries. Novel strategies are therefore needed to strengthen capacity for the 2020 census round across the region.

To address this challenge, UNFPA ESARO promotes the exchange of technical knowledge and technologies for the 2020 census round through South-South collaboration (SSC).

Lesotho and Eswatini were the first countries in the region to undertake digital censuses in 2016 and 2017, respectively, followed by Malawi in 2018 and Kenya in 2019, with technical support from UNFPA ESARO. Ten countries in the region—Botswana, Burundi, Mauritius, Namibia, Rwanda, Seychelles, South Africa, Tanzania, Uganda, and Zambia—plan to conduct their censuses between 2020 and 2022. In line with United Nations recommendations, all countries with upcoming censuses should adopt a digital census. To identify those most left behind, countries should use information and communications technologies throughout the data collection process for computer-assisted personal interviews (CAPI), cartographic mapping, geospatial analysis and data processing and analysis . While the adoption of technology in census undertaking offers the benefits of faster data collection, processing and analysis, as well as better quality data, countries must also strengthen technical capacity for using the technologies and ensure the availability of financial resources for their acquisition.

Recognizing the power of knowledge-sharing through peer learning, UNFPA ESARO facilitates exchanges and encourages NSOs that have successfully conducted digital censuses to share their experiences, including challenges faced and solutions to overcome them, with countries preparing for their censuses. This is an effective strategy for identifying good practices and the precautions necessary for a successful digital census. In this regard, UNFPA ESARO brokered both a technical learning exchange and an agreement to share census-taking electronic tablets between Eswatini, Kenya and Malawi and those countries preparing for their censuses. These technical knowledge exchanges were hosted for both individual countries and groups.

Having completed its digital census in 2017, Eswatini hosted separate teams of census managers from Ethiopia, Malawi, South Africa and South Sudan in 2018 to share practical experiences on using tablets for both mapping and data collection. Following its digital census in September 2018, Malawi hosted a joint mission from Zambia and Zimbabwe in April 2019 and Botswana and Mauritius in June 2019. The country shared its experiences on the technical, logistical and administrative aspects of the digital census, resource mobilization, outsourcing of cartographic mapping and the development of an application for data capture. Malawi also hosted individual missions from Kenya and Namibia in January and June 2019, respectively. The Kenyan mission to Malawi was comprised of senior government officials and members of Parliament representing relevant committees and was instrumental to the Government’s decision to procure 140,000 tablets for its census. In February 2020, following its own census in August 2019, Kenya hosted a joint country delegation from Botswana, Liberia, Tanzania and Uganda in preparation for their forthcoming censuses between 2021 and 2022. All technical learning exchange programmes were prepared in advance with inputs from visiting NSOs.

UNFPA ESARO employs SSC as an effective strategy to address the need for tablets and strengthen technical capacity for digital censuses in the region. The Office initially procured 250 tablets for use in a pilot mapping process in Madagascar in 2017. These tablets were later transferred to Zambia for census cartographic mapping in 2018. Encouraged by the practicality of sharing tablets between countries, UNFPA ESARO procured a further 15,000 tablets in 2017 with funding support from the Department for International Development. These tablets were provided to supplement the 15,000 tablets procured by the Malawian Government for its 2018 census. The tablets procured by UNFPA were then transferred to Zambia for their 2020 census. Although the Kenyan Government fully funded the procurement of its own tablets, it agreed to donate them through government-to-government arrangements brokered by UNFPA ESARO to the following countries with upcoming censuses: Botswana (5,000); Liberia (15,000); Ghana (70,000); and Mauritius (8,000). At a cost of approximately US$165 per tablet with accessories, sharing them ensures an optimal use of resources.

UNFPA ESARO also uses SSC to expose NSOs to the technical requirements for a successful digital census. For example, the most recent technical learning exchange was hosted by the Kenya National Bureau of Statistics (KNBS) in February 2020. In collaboration with UNFPA Kenya and UNFPA ESARO, KNBS developed an information package on every stage of digital census planning and implementation, which they shared with a joint mission of NSO representatives from Botswana, Liberia, Tanzania and Uganda. During this learning exchange, key factors for the successful digital census conducted by KNBS were identified. First, proper planning began four years ahead of the census. Second, government leadership played an important role, reflected in the fact that it covered 99 percent of the census budget, estimated at US$185 million. Third, an early and firm decision to use digital technology was made, despite the significant preparation required and limited past experience. Fourth, building local capacity in digital technologies was essential; two public universities locally assembled 140,000 tablets used for census data collection. Fifth, in-house capacity was strengthened in CAPI programming. Sixth, sound recruitment guidelines were developed and implemented at the national and local government levels. Seventh, a strong multisectoral partnership with mobile phone service providers was needed for data transmission, as well as with other government agencies and departments for the distribution and collection of census materials.

An anonymous evaluation of the 23 participants was conducted at the end of the five-day Kenya digital census learning exchange to gauge the benefits of the exercise. The majority of the participants (87 percent) strongly agreed that the objectives of the benchmarking study tour were clearly defined, with a similar percentage strongly agreeing that the experience gained during the study tour would be useful to their respective countries. With the exception of reports and dissemination (61 percent), questionnaire design (87 percent) and cartographic mapping (96 percent), all participants strongly agreed or agreed that they had found the following elements relevant to their countries: planning and field operations, human resources and administration logistics, CAPI and data transmission, and publicity and awareness-raising. The vast majority (96 percent) of participants also found the materials to be useful. The participants highly valued the opportunity for cross-learning from countries at different stages of the census process and recommended a similar structure for future learning exchanges.

To foster SCC, UNFPA ESARO is developing an online portal, with an integral community of practice, to facilitate the documentation and sharing of census experiences, which will include analysis, dissemination and the use of census data. 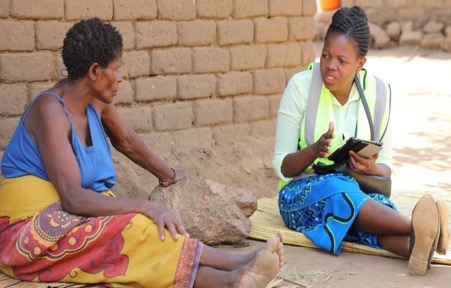 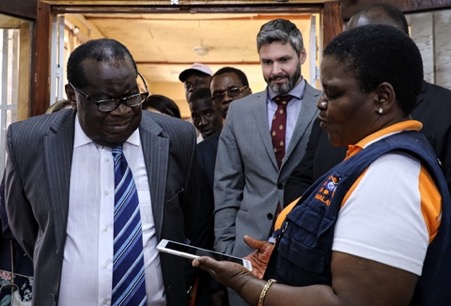